The book, which is scheduled for release on Sept. 11, is the latest tell-all to roil the Trump administration with explosive anecdotes and concerns about the Commander-in-Chief. The Washington Post on Tuesday published details from Fear: Trump in the White House, the Watergate reporter’s examination of Mr. Trump’s 20-month-old presidency.

“It’s just another bad book,” Mr. Trump said in an interview with The Daily Caller.

The Republican President said in a Twitter post that quotes in the book attributed to U.S. Defence Secretary James Mattis, White House chief of staff John Kelly and others “were made up frauds, a con on the public.” White House spokeswoman Sarah Huckabee Sanders said the book was “nothing more than fabricated stories, many by former disgruntled employees, told to make the President look bad.”

The book portrays Mr. Trump as prone to profane outbursts and impulsive decision-making, painting a picture of chaos Mr. Woodward says amounts to an “administrative coup d’état” and a “nervous breakdown” of the executive branch.

Opinion: Canada still has a strong hand in NAFTA negotiations

Mr. Woodward claims that Gary Cohn, the former director of the National Economic Council, boasted of removing papers from Mr. Trump’s desk to prevent him from signing them, including efforts by the President to withdraw the United States from NAFTA.

“I’ll just take the paper off his desk,” Mr. Cohn told another White House aide, according to the book.

Mr. Trump said that did not take place. “It’s just made up,” he told The Daily Caller.

The book says Mr. Cohn, who tried to rein in Mr. Trump’s protectionist impulses, also removed a similar memo that would have withdrawn the United States from a trade agreement with South Korea.

Mr. Trump’s former lawyer in the Russia probe, John Dowd, is said to have doubted Mr. Trump’s ability to avoid perjuring himself should he be interviewed by special counsel Robert Mueller.

“Don’t testify. It’s either that or an orange jumpsuit,” Mr. Dowd is quoted telling the President.

According to the book, Mr. Trump told Mr. Mattis that he wanted to have Syrian President Bashar al-Assad assassinated after the leader launched a chemical attack on civilians in April, 2017.

Mr. Mattis told Mr. Trump he would “get right on it,” but instead developed a plan for a limited air strike that did not threaten Mr. al-Assad personally.

Mr. Mattis told associates after a separate incident that Mr. Trump acted like “a fifth- or sixth-grader,” according to the book.

Other aides insulted the President behind his back. Mr. Kelly called Mr. Trump an “idiot,” and said, “We’re in Crazytown. ... This is the worst job I’ve ever had.”

In a statement on Tuesday, Mr. Mattis dismissed the book as “a uniquely Washington brand of literature,” and said the contemptuous words about Mr. Trump attributed to him “were never uttered by me or in my presence.”

Mr. Kelly, in remarks released by the White House, said he never called the President an idiot and called the story “total BS.”

The publication of Mr. Woodward’s book has been anticipated for weeks, and current and former White House officials estimate that nearly all of their colleagues co-operated with the noted journalist, who cut his teeth bringing down Richard Nixon’s presidency during the Watergate scandal.

But Mr. Trump did not speak to Mr. Woodward until after the book’s manuscript was completed. The Post released audio of the President expressing surprise about the book in an August conversation with Mr. Woodward. Mr. Woodward tells Mr. Trump he had contacted multiple officials to attempt to interview the President and was rebuffed.

“So I have another bad book coming out. Big deal,” Mr. Trump told Mr. Woodward, according to a transcript of a telephone call released by the Post.

The book follows the January release of author Michael Wolff’s Fire and Fury, which led to a rift between Mr. Trump and Steve Bannon, his former chief strategist who spoke with Mr. Wolff in terms highly critical of the President and his family. Mr. Wolff’s book attracted attention with its vivid anecdotes, but suffered from numerous factual inaccuracies.

Mr. Woodward’s work also comes weeks after former White House aide and Apprentice contestant Omarosa Manigault Newman published an exposé on her time in the West Wing, including audio recordings of her firing by Mr. Kelly and a follow-on conversation with the President in which he claimed to have been unaware of Mr. Kelly’s decision.

Mr. Trump has been increasingly critical of anonymous sources used by reporters covering his administration. Mr. Woodward’s account relies on what is often referred to as “deep background” conversations with sources, in which their identities are not disclosed. 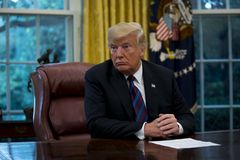