The new coronavirus infecting people in central China has reached pandemic proportions in some places – already surpassing the spread of SARS in the country – and authorities need to use even more rigorous measures to limit its spread, a leading Chinese public-health specialist says.

And the Wuhan virus, which is believed to spread primarily through respiratory means, is twice as virulent as Ebola, another Chinese scholar said Wednesday – although nowhere near as deadly.

For epidemiologists and virologists, one of the most worrisome traits of the new virus is the claim that it can cause “asymptomatic transmission” – allowing a person without signs of illness to unknowingly infect others. Neither SARS nor Middle East respiratory syndrome (MERS), also coronaviruses, demonstrated that ability. Some researchers have questioned that claim, made by a Chinese health official this week. At a news conference Wednesday, World Health Organization officials said it is not yet known whether people can transmit the illness for a day or two before they develop symptoms.

In Wuhan, the city of 11 million in the province of Hubei, where 2019-nCoV (novel coronavirus) is believed to have originated at a market selling wild animals, “it has already reached the scale of a pandemic,” said Jiahai Lu, director of the Center of Inspection and Quarantine at the School of Public Health at Sun Yat-sen University, in an interview. “We must take further and stricter measures to curb it.”

For more than a week now, Chinese authorities have overseen a series of lockdowns that have largely closed access to cities in Hubei and shuttered many of the country’s best-known cultural events and tourist attractions.

Airports and train stations have been shut down in the central province, travellers are being subjected to health inspections across the country, and British Airways, Lion Air and Seoul Air have suspended all flights to mainland China, while other airlines, including Air Canada, United Airlines and Cathay Pacific, have pared back their service.

The United States, Japan and the European Union are evacuating citizens from Wuhan. Australia is doing the same and said it would first quarantine its evacuees on Christmas Island, some 2,000 kilometres offshore.

In Beijing Wednesday, workers sprayed playground equipment with disinfectant, and residential compounds checked their own residents for signs of fever before entry. President Xi Jinping ordered the People’s Liberation Army to make its own contributions “to winning the battle against the novel coronavirus epidemic.”

And yet the number of infected people has continued to rise quickly. By Wednesday evening, China had counted 170 deaths, 6,078 confirmed cases and another 9,239 suspected cases. In less than two months the Wuhan virus has eclipsed the spread of SARS in mainland China, which infected 5,327 people and killed 349 over almost eight months. So far, SARS appears to be a more deadly virus, killing a much higher percentage of the people it infected.

With the Wuhan virus, however, the worst is yet to come, according to blunt warnings from scientists inside and outside China.

“A large number of invisible infected people continues to exist, and that is the biggest threat for us now,” Prof. Lu said. And, he added, Wuhan should not be underestimated, as it could mutate into a more dangerous form.

“Based on the cases we know about, I have to say that the number of severe cases is not few – it’s not a small number,” he said.

The higher number of cases may be attributable to better diagnostic tools and a more active response by Chinese officials. “The soaring number of confirmed patients these days, especially in Wuhan, is because of improved detection capabilities,” Zhang Wenhong, an expert in infectious diseases at Huashan Hospital in Shanghai, told state media Wednesday. He is heading the virus response in Shanghai.

But current research shows the Wuhan virus is twice as virulent as Ebola and almost as virulent as HIV, he said. He did not dispute mathematic models that suggest the new virus could already have infected more than 40,000 people in Wuhan. It is “ferocious” and will spread “very fast” if not controlled, although he was confident that the country’s unprecedented containment measures would allow Chinese authorities to best the mathematical predictions.

Prof. Lu has called for Chinese authorities to expand quarantine requirements, in particular for people who work in markets that sell wild animals.

“The lack of quarantine and attention to this group of people partially contributed to the breaking out of this disease,” he said. “This is a lesson we must learn, and we must respond as a next step.”

It is “deeply concerning how sharply cases are increasing in China,” said Raina MacIntyre, a doctor and epidemiologist who leads the biosecurity research program at Australia’s University of New South Wales.

“It is now all over China, with about half the cases outside Hubei. This means we will see more travel-related cases in other countries.”

Outside China, the primary concern lies in the possibility that healthy travellers have unknowingly become carriers for the virus, said Asok Kurup, an infectious diseases specialist at Mount Elizabeth Hospital in Singapore who has worked on the response to previous pandemics, including SARS and H1N1.

“So you get a lot of asymptomatic people or people who are just having mild clinical illness. But they can cross-spread,” he said. “We don’t want the disease to then infiltrate into local populations,” where it can be transmitted “to vulnerable people.”

The Chinese response, where the late imposition of wide-reaching quarantine measures has not slowed the death toll, should be instructive, he said, and should lead authorities to “ring-fence” people of concern.

The Wuhan virus “is very difficult to control.” 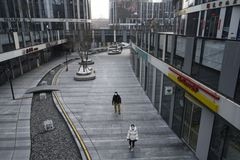 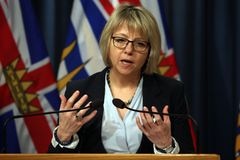 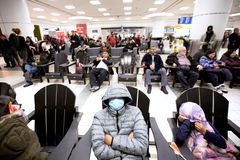