Joe Biden began his week of woe with a difficult speech defending his decision to withdraw U.S. troops from Afghanistan, a country that was falling into chaos and contention as he spoke. But that was only the start of his ordeal.

At midweek, he delivered more remarks, saying the United States was experiencing a “pandemic of the unvaccinated” and offering a third shot later this year – a gesture that served less to ease the worries of the immunocompromised than to reinforce the resistance of those who don’t want to be vaccinated anyway. On Friday he appeared again, vowing to assure the safe passage of all Americans out of Taliban-controlled Afghanistan.

And Sunday afternoon, a visibly fatigued Mr. Biden addressed the country on a triad of trouble: flooding in Tennessee; wind and rain in New York and New England growing out of Tropical Storm Henri; and the upheaval in Afghanistan, with the President saying the “safe zone” around Kabul airport had been extended and that the massive evacuation would have been “hard and painful no matter when it started.’’

The remainder of his time, originally scheduled as his summer holiday, was filled with withering criticism in the press; aggressive questioning from congressional leaders; agonizing moments watching televised images of Kabul in a state of calamity; calls from his putative Democratic allies for investigations into the debacle in Afghanistan; and heartbreaking commentaries about the fate of women’s rights and civil and religious liberties in Central Asia.

It was also filled with startling graphics showing the Delta variant coursing though the United States; and disturbing reports painting the threat of breakthrough viruses to the fully vaccinated in alarming terms, heightening the unease of a country already unnerved by health threats and the divisions they prompted.

The wonder is that this man, about to turn 79, sought this job three times in the past three-quarters of a century.

But it is no mystery that two other American politicians who bore the nickname, from an 1806 Wordsworth poem, of the “happy warrior” were presidential nominees who were defeated in the general elections of 1924 (Al Smith) and 1968 (Hubert Humphrey).

John F. Kennedy called the presidency “the most unpleasant job in existence.” George Washington said of his presidency: “I had rather be in my grave than in my present situation.”

For the 46th President, the crises just keep on coming.

“No one anywhere faces as many crises to deal with as an American president,” said Shirley Anne Warshaw, a Gettysburg College expert on the U.S. presidency. “It is non-stop crisis management.”

It has been an especially challenging first year in the White House for Mr. Biden, who took office after an insurrection at the Capitol interrupted the vote tallies that delivered the office to him in the first place. Every president faces economic challenges, questions about America’s role in overseas matters, rebellions on Capitol Hill, static or falling approval ratings and domestic upheaval. Few, however, face them all at once, especially in their inaugural year, when the word “honeymoon” usually applies at least to a president’s early days.

The closest recent precedent of early White House woes – the presidency that shines the most light on the Biden conundrum – comes from Mr. Kennedy’s first year. In 1961, he presided over a fiasco at the Bay of Pigs in Cuba in April, endured a difficult showdown with Soviet leader Nikita Khrushchev at a Vienna summit in June, urged Americans to consider building fallout shelters as Cold War tensions deepened in July and was forced to react to the construction of the Berlin Wall in August – all in about the same amount of time as Mr. Biden’s difficult passage.

Some stretches, to be sure, were even more perilous. Abraham Lincoln took office as the country fell into a brutal civil war that would lead to the deaths of about 750,000 Americans. Franklin Delano Roosevelt took office in the depths of the Depression, when a quarter of American workers were unemployed.

But for times of relative peace and general prosperity, Mr. Kennedy’s and Mr. Biden’s starts are in a class by themselves. Dwight Eisenhower may have faced the twin challenges of the Suez Crisis and the Hungarian revolution within a 90-day period in 1956, but those crises came deep into his fourth year in the White House and in any case did not involve U.S. casualties or direct U.S. interests.

But Mr. Kennedy took his House and Senate responsibilities casually, sardonically ridiculing the pace and formalities of Capitol Hill and even missing the 1954 vote to condemn Senator Joseph McCarthy, the Wisconsin Republican who lent his name to the red-baiting of that time.

By most measures, Mr. Biden is more prepared for his ordeal than Mr. Kennedy was for his. “It’s hard to be more prepared for the presidency than Joe Biden was,” said Matt Dallek, a political historian at George Washington University’s Graduate School of Political Management.

“But experience is distinct from judgment. Kennedy was much less experienced, but he learned quickly. Biden has shown adaptability, and that might help him get through this. Presidents who make mistakes early can over time mitigate if not erase their earlier blunders.”

But what occurred on the 234th day of the presidency of George W. Bush – one of the least-prepared of U.S. presidents – may be the most formidable early challenge of modern times.

The morning of Sept. 11, 2001, brought the terror attacks in Washington and New York and the downing of an airliner in a Pennsylvania field. The U.S. marks the 20th anniversary of those attacks in about three weeks, commemorations that will provide perspective on America’s Afghanistan adventure – and, inevitably, on Mr. Biden’s woes two decades later. 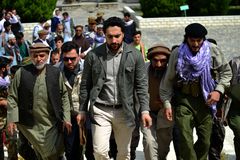 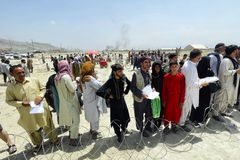 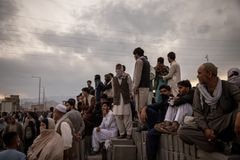