More than 700 people have died of COVID-19 in Louisiana, shuttering most businesses and turning New Orleans’s raucous French Quarter into a ghost town.

But that hasn’t stopped Tony Spell, pastor of the Life Tabernacle Church near Baton Rouge, from gathering his large congregation. On Palm Sunday, he even rented a fleet of school buses to bring hundreds of worshippers to his suburban megachurch.

Police have laid six charges against Mr. Spell for violating the state’s stay-at-home order. Still, he insists he will not stop, arguing that his work is every bit as essential as that of doctors and nurses.

“We have a mandate from the word of God to not forsake the assembling of ourselves together,” Mr. Spell told reporters outside one service. “The church is the hospital for the soul and the spirit of man.”

Life Tabernacle is one of numerous U.S. churches that have insisted on maintaining in-person worship despite the worsening pandemic. Ahead of Easter, the most significant date on the liturgical calendar, public health officials warn that these places could become vectors for infection and are begging them to move services online.

Such fears are well-founded. Epidemiologists in California have linked a cluster of 70 coronavirus cases to the Bethany Slavic Missionary Church near Sacramento. Iran’s outbreak appears to have begun in Qom, a city holy to Shiite Islam. In Israel, a disproportionate number of cases has centred on the Orthodox Jewish community in Bnei Brak.

U.S. churches, for their part, argue that the right to freedom of religion under the First Amendment of the Constitution allows them to keep their doors open. And they insist God will protect them from coronavirus.

“He said that no plague would come nigh our dwelling if we dwell under the shadow of the Almighty,” Pastor Lawrence Bishop paraphrased Psalm 91 before his cacophonous congregation last Sunday at the Solid Rock Church in Monroe, Ohio. “The devil don’t like us to assemble together because he is afraid of the vibration of our praise.”

Solid Rock, which boasts a statue of Jesus so large it is visible from a nearby interstate highway, has defied pleas from local officials. In a letter, Monroe Mayor Jason Frentzel told the church’s pastors that he had received complaints from residents about Solid Rock remaining open.

“Please remember, that bringing together large numbers of people only increases the pace at which this virus spreads,” Mr. Frentzel wrote. “I implore you to please reconsider your choice to continue to offer in-person services to your worshippers.”

There is little, however, that Mr. Frentzel can do. Unlike Louisiana, Ohio’s stay-at-home order contains an exemption for religious institutions.

It’s a similar situation in Arkansas, where Governor Asa Hutchinson has called for churches to close voluntarily but has refused to order them shut down. In that state, the Awaken Church in Jonesboro has stayed open, citing some convoluted theological reasoning to explain its decision. “Jesus took on every sin, sickness and every disease,” the church wrote on is Facebook page. “Jesus died with COVID-19 so that you didn’t have to bear it.”

In Kansas, Republican state legislators overturned an order by the Democratic governor, Laura Kelley, that restricted religious services to no more than 10 people.

“Kansans are dying every day at the hands of this pandemic, and there is no room or excuse for these petty political distractions,” Ms. Kelley warned at a media briefing.

In Tampa, Florida, police arrested Pastor Rodney Howard-Browne for continuing to hold services despite a local emergency order. Mr. Howard-Browne, who once took part in a religious ceremony with President Donald Trump in the Oval Office, has pedalled conspiracy theories that COVID-19 was engineered by an international cabal to trick people into receiving vaccines.

The President himself floated the idea last month of lifting coronavirus containment measures before Easter. “You’ll have packed churches all over our country. I think it would be a beautiful time,” he told Fox News. Mr. Trump later backed down and extended nationwide physical distancing guidelines to the end of April.

Most religious groups have followed public health directions. The Catholic archdiocese of Los Angeles, for instance, closed churches and asked staff to work from home two weeks ago. Archbishop José Gómez marked Good Friday at an empty Our Lady of the Angels cathedral, with his flock watching via livestream.

In Newville, Pennsylvania, three local churches have moved their services to a drive-in movie theatre. Worshippers remain inside their vehicles to maintain physical distancing, while the ministers deliver sermons standing on scissor-lifts. Their words are broadcast over the drive-in’s radio frequency.

In some cases, Christian groups have tried to pressure their fellows into respecting coronavirus containment measures.

“For now, the best way to love our neighbours is from a distance,” Faithful America, a liberal Christian organization, wrote in a petition calling on Life Tabernacle Church and others to stop holding in-person services. “There is nothing Christian about putting parishioners or their families and communities in danger.”

In Lodi, California, congregants arrived for Palm Sunday services at the Cross Culture Christian Center only to find that the church’s landlord – a different church called Bethel Open Bible – had changed the locks on the doors.

But Pastor Jon Duncan, speaking to KCRA television, vowed to fight on: “We don’t believe that a virus cancels the First Amendment.” 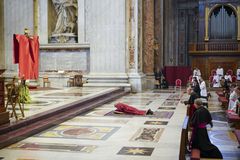 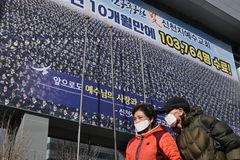 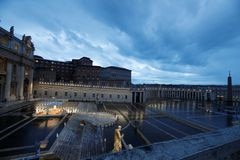