U.S. President-elect Joe Biden on Tuesday urged lawmakers to pass a coronavirus aid package that has been stalled in Congress for months, and promised more action to reactivate the economy after he takes office next month.

“Right now, the full Congress should come together and pass a robust package for relief to address these urgent needs,” Biden said as he presented his incoming administration’s economic team.

A bipartisan group of U.S. lawmakers on Tuesday unveiled a $908-billion COVID-19 relief bill aimed at breaking the long deadlock between Democrats and Republicans over new emergency assistance for small businesses, unemployed people, airlines and other industries hit hard by the pandemic.

Biden said any such package passed by Congress before he takes over on Jan. 20 would be “at best just a start.”

“My transition team is already working on what I’ll put forward in the next Congress to address the multiple crises we’re facing, especially our economic and COVID crises,” Biden said at the event in Wilmington, Delaware.

He was speaking alongside his selections for senior economic roles, including his nominee for U.S. Treasury secretary, former Federal Reserve Chair Janet Yellen who said the pandemic and economic damage it caused in the United States was “an American tragedy.”

“It’s essential that we move with urgency. Inaction will produce a self-reinforcing downturn, causing yet more devastation,” Yellen said.

The economic team’s makeup reinforces Biden’s view that a more aggressive approach to the economic recovery from the pandemic is required. The advisers have all expressed support for government stimulus to maximize employment, reduce economic inequality and help women and minorities, who have been disproportionately hurt by the downturn.

The United States is in the grip of a fresh wave of COVID-19 infections, with more than 4 million new cases and over 35,000 coronavirus-related deaths reported in November, according to a Reuters tally of official data.

The virus is likely to disrupt production at factories. Manufacturing output is still about 5 per cent below its pre-pandemic level, according to the Fed.

The U.S. Centers for Disease Control and Prevention on Tuesday reported that the number of coronavirus deaths in the United States had risen to 267,302.

Other Biden picks for his economic team include Cecilia Rouse, an economist at Princeton University, as chair of the Council of Economic Advisers; economists Heather Boushey and Jared Bernstein as council members; and Neera Tanden, chief executive of the Center for American Progress think tank, as head of the Office of Management and Budget.

The transition to a Biden administration has proceeded despite Republican President Donald Trump’s false claims that he lost the election as a result of voter fraud. On Monday, Biden received his first full classified intelligence briefing since winning the Nov. 3 election, after Trump’s refusal to concede delayed the formal transition process for weeks.

Arizona and Wisconsin, two battleground states where Trump has pursued fruitless efforts to overturn the results, each certified Biden’s victory on Monday. The certification of vote totals is typically a formality, but the process took on added significance due to Trump’s allegations.

The Trump campaign on Tuesday asked the Wisconsin Supreme Court to determine if 221,000 absentee ballots that allegedly lacked information should be excluded from the vote totals. Biden won the state by about 20,000 votes.

Republicans also attempted to undo President-elect Joe Biden’s victory in Pennsylvania asking the U.S. Supreme Court to take up their lawsuit, three days after it was thrown out by the highest court in the battleground state.

In the request to the U.S. Supreme Court, Republican U.S. Rep. Mike Kelly of northwestern Pennsylvania and the other plaintiffs are asking the court to prevent the state from certifying any contests from the Nov. 3 election, and undo any certifications already made, such as Biden’s victory.

They maintain that Pennsylvania’s expansive vote-by-mail law is unconstitutional because it required a constitutional amendment to authorize its provisions.

Biden beat President Donald Trump by more than 80,000 votes in Pennsylvania, a state Trump had won in 2016.

Trump has pursued a series of legal challenges in numerous states, although none has thus far resulted in any meaningful gains for the president. Most of the lawsuits have been rejected by judges, who have expressed skepticism about the claim that the election results are illegitimate. 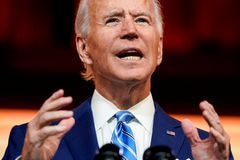 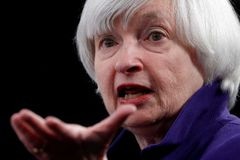 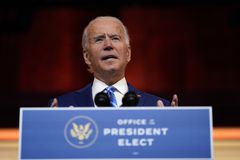