Democrats to Bernie Sanders: Not so fast.

Only days ago conventional Democrats were in a full-blown panic over the possibility the world’s oldest political party was on the verge of selecting a nominee who isn’t even a member of their party, a prospect that – because of Mr. Sanders’ contempt for political convention and his embrace of the most liberal proposals of modern time – shook the party establishment to its core.

Now it is former vice-president Joe Biden, with an astonishing triumph in South Carolina, who has the biggest victory of the young political season; who can claim, at least for a few hours, the blessings of momentum; and who, with all its risks as the campaign swings into Super Tuesday, is the fresh target of his remaining rivals.

But Mr. Biden – with a small campaign treasury and trailing Mr. Sanders in national polls and in California and Texas, the two biggest prizes in Tuesday’s 14 contests, which together account for a third all the delegates – faces formidable obstacles in his third try for the White House.

Even so, Mr. Biden’s haul of about half the Palmetto State vote was almost double the rate Mr. Sanders won in New Hampshire – an outcome fuelled by winning three in five of black voters who make up a majority of Democratic primary voters in South Carolina. He halted what hours earlier seemed the Vermonter’s inexorable march to the Milwaukee convention as the leading candidate for the nomination. He romped in a fashion that may eventually transform a candidate who bumbled in a series of debates and who fumbled his early role as front-runner into the natural repository of support for moderates terrified of the notion of nominating Mr. Sanders, with his platform of a broad government health-care plan and an economic policy with a whiff of class warfare.

A word of caution before any single caucus or primary result acquires disproportionate importance: Only 155 of the 1,990 delegates required for the nomination have been distributed. Mr. Sanders holds a slim but inconsequential lead over Mr. Biden in the political equivalent of the opening half-inning of a complete baseball game.

But the significance of the Saturday results in South Carolina cannot be ignored. Those results drove the winner of the Iowa caucuses, former Mayor Pete Buttigieg of South Bend, Ind., from the race. They denied Mr. Sanders another victory, they catapulted Mr. Biden from the back of the pack to its front ranks, and they reshaped the Democratic race at a time when the world faces possible viral pandemic and when the American economy – the foundation stone of President Donald J. Trump’s drive for a second term – is shaken.

Mr. Biden’s remarks at his victory celebration were calibrated for maximum effect to voters whose principal interest is in defeating Mr. Trump rather than enacting any specific set of proposals.

In his invocation of ‘’what this party stands for, what we can accomplish, what we believe,’’ Mr. Biden reminded Democrats that he was a lifelong member of the party, a not-so-subtle way of separating himself from Mr. Sanders, a self-proclaimed democratic socialist who was elected to the House and Senate as an Independent. And by saying the winter and spring campaign was not “a battle for the soul of the Democratic Party’’ and was instead “a battle for the soul of the United States of America,’’ he sought to establish himself both as a conciliator and as the standard-bearer best suited to take on the President in the fall.

That addressed the presence of two potentially conflicting strains of thought in the Democratic Party, the thirst for a new burst of progressive legislation on health care, the environment, taxation and government regulation and the hunger to defeat Mr. Trump.

Now the campaign enters an entirely new phase. The candidates campaigned intensively in the four states of Iowa, New Hampshire, Nevada and South Carolina for about a year, visiting small towns, engaging voters in town meetings, encountering them in community centres or on leisurely walks for morning coffee. Now nearly four times that many states hold their contests Tuesday, and none of them – California and Texas in particular, but also vital states such as Colorado, Virginia and North Carolina where the Democrats will battle for votes in November – has experienced anything remotely comparable to the retail politics practised in the early states.

All that plus one more thing: the presence of former New York Mayor Michael Bloomberg, who is peddling the same sort of moderate policies and unity message that Mr. Biden and Senator Amy Klobuchar of Minnesota are offering. The difference is that Mr. Bloomberg has spent US$410-million of his own money, largely on television ads in the Super Tuesday states.

But Mr. Biden, with little financial resources and virtually no television presence in California until this weekend, nonetheless brings an advantage to some Super Tuesday contests as well. The black vote that propelled him to victory in South Carolina accounts for more than a third of the Democratic vote in the states of Alabama, North Carolina and Tennessee. As a result, Super Tuesday in some states may come down to the modern Democratic calculus: the colour of money versus the political interests of people of colour. 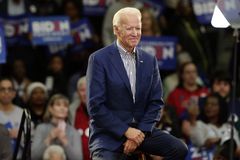 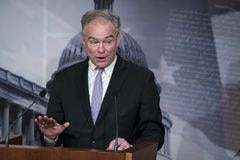