They gather in small groups in the cloak room. They huddle in the marble corridors. Their aides lean over their shoulders at hearings. They whisper confidences on the floor. They crowd into the “Members Only” elevators to reach the chamber. They march shoulder to shoulder out of the building to return to their suites. They greet their constituents in tiny vestibules. They share bourbon and bonhomie in tucked-away retreats known as “hideaways” like the one, nicknamed “The Board of Education,” where in 1945 Harry Truman learned he had become president after Franklin Delano Roosevelt died.

There may be no more dangerous occupation in the United States during the coronavirus pandemic than caregiver … or lawmaker.

Which is why a branch of the U.S. government built on up-close-and-personal interchanges – an institution the 19th-century statesman Daniel Webster called “a hall for mutual consultation and discussion” – is embroiled in one of its most intense debates of the new century: Can an exclusive club where the most damaging epithet hurled at its members is a charge of being “remote” operate remotely in an emergency? Can a national capital where personal capital is built by being “in the room” convene in lawmakers’ living rooms dispersed across a continent?

Those questions are roiling an institution so marinated in tradition that former senator Robert Byrd’s lectures on Senate customs and folklore fill 724 pages of an oversized bound volume and still omits the past 31 years of debates, dithering and delays. Indeed, before the Senate agreed to broadcast its proceedings, it took 64 years of sober contemplation and devout protests that the character of the body would be compromised. The Senate has been contemplating the nature of the filibuster for 179 years and is still unresolved over the issue.

For just as long, the movement of legislation onto the House floor has been regulated by the rules committee, which meets in a tiny room in the Capitol with only 13 seats. “That’s by design," said Sarah Binder, a George Washington University congressional scholar. “You actually have to be in the room to get your amendment on the floor. These guys exploit small spaces.”

Now the coronavirus has made meeting in small spaces unacceptable – and technological advances have made the notion of remote sessions more acceptable than after 9/11 and the anthrax attacks on Congress that followed.

“We have so much to do and we’re not engaged," Republican Senator Rob Portman said in an interview. “It is possible to do remote meetings and do them securely. It’s like doing a financial transaction. You have a code for each transaction. If it isn’t smart to be in Washington, we still have responsibilities. We are spending billions and have to be involved.’’

The Capitol’s attending physician advised this week that it was too dangerous for lawmakers – the average age of the Senate is 61.8 years, and the two top House leaders are both 80 – to gather on Capitol Hill. The Democratic-controlled House followed his recommendation. The Republican-controlled Senate, with barbed asides suggesting House members were cowards and sissies, is resisting doctor’s orders and will meet next week.

But the question of remote sessions is in the air, as it has been for two centuries.

It first surfaced in 1814, when British troops invaded Washington in revenge for the American burning of York, later known as Toronto. They ignited the Executive Mansion (later the White House) and set fire to the Capitol, destroying its interior and its furnishings and prompting debate about moving Congress to Philadelphia. Instead, lawmakers met in Blodgett’s Hotel and then in temporary quarters called the Brick Capitol, situated where the Supreme Court stands today.

There was no technology for remote sessions during the 1918 influenza pandemic that claimed three House members and was so virulent that 1,130 people died in a two-week period in Washington. Congressional galleries were closed for a month.

But Congress has held hearings around the country, on environmental issues in Colorado, for example, and on financial issues in New York. This week Senate Minority Leader Chuck Schumer suggested remote hearings on coronavirus testing.

Last month, Democratic Representative Katie Porter began a push to hold House sessions remotely. But her allies thought she was a problematic advocate as a single mother of three living where there are no non-stop flights to Washington. It looked too much like a matter of convenience for her.

“But if you wait and wait on this there may be some time they can’t come back at all and will wish they had addressed this,’’ said Norman Ornstein, a political scientist with the American Enterprise Institute. “It’s possible the House physician may say they shouldn’t come back until summertime.”

Still, remote sessions would alter the character of an institution where senator Barry Goldwater said of Senate majority leader Lyndon Johnson, known for nose-to-nose confrontations with colleagues, “When he’d talk to you he’d breathe in your mouth.” The Johnson Treatment, as it was known, would be condemned in the coronavirus era. 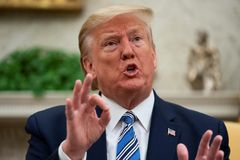 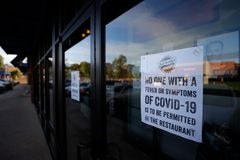 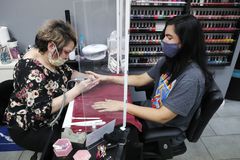