The United States, United Kingdom and Australia are forging a new defence pact meant to contain the military might of China in the Indo-Pacific.

The pact, dubbed AUKUS after the three countries’ initials, does not include Canada, raising the prospect that Ottawa could miss out on intelligence-sharing between some of its closest allies.

The deal will see the countries share more military technologies and information than they currently do, some of it related to artificial intelligence, quantum computing and cyber capabilities. AUKUS’s first project will be to build a fleet of nuclear-powered submarines for Australia.

“We have always believed in a world that favours freedom, that respects human dignity, the rule of law, the independence of sovereign states and the peaceful fellowship of nations,” said Australian Prime Minister Scott Morrison, who unveiled the deal in a video-link press conference Wednesday afternoon with President Joe Biden and U.K. Prime Minister Boris Johnson.

The three countries, along with Canada and New Zealand, already share foreign intelligence through the Five Eyes partnership. It was not immediately clear whether the new alliance would serve purely as a vehicle for Australia to engage in additional defence projects with the other countries, or if the pact would supplant some of the work of the Five Eyes.

The U.S. has repeatedly warned that it would stop sharing intelligence with countries that are not sufficiently tough on China.

For Xi Jinping, Chinese online culture is increasingly seen as a threat

One Canadian official said AUKUS was only about helping Australia build submarines and would not result in Canada getting less intelligence information from the other countries. The Globe is not naming the official because they were not authorized to discuss the matter publicly.

“Canada continues to work with its Five Eyes partners on defence technology and research to strengthen our partnership. We will continue to build on existing collaboration with our allies,” Mr. Minden wrote in an email.

The Canadian government did not answer questions about whether Ottawa had asked to join the pact, wanted to join in the future or had chosen not to participate.

Eric Miller, a political and business consultant specializing in Canada-U.S. affairs, said the agreement represents an alliance between countries more willing than Canada to take on China. He said the pact could represent a “three eyes” subset of the larger partnership.

“Those who are in the world of ‘we need to directly confront China, and use all of our assets and resources to do that,’ – they are essentially moving forward,” he said.

Canada, for instance, is the only one of the Five Eyes not to have banned Huawei Technologies from its 5G network. Intelligence experts fear that the Chinese firm could use such access to collect sensitive information and turn it over to Beijing’s spy agencies.

The U.S. and Australia are both currently locked in trade wars with China. Canberra has been feuding with Beijing over Australian demands for an investigation into the origins of the COVID-19 pandemic. The U.K., meanwhile, is in a diplomatic dispute over China’s sanctions of British legislators for criticizing Beijing’s treatment of Uyghur Muslims in Xinjiang. In response, the British parliament barred China’s ambassador from an event.

Washington first threatened to cut Canada out of intelligence sharing in 2019, unless Ottawa acted on Huawei. Mike Pompeo, who was then secretary of state, told Fox Business that “we won’t be able to share information” or “work alongside” countries that allow Huawei into their 5G networks.

The Canadian government has said for three years that it is trying to decide what to do about Huawei. Ottawa has still not come to a decision.

At least some of the stalling is meant to mitigate Chinese retaliation against Michael Kovrig and Michael Spavor, two Canadian citizens arrested in China after Ottawa served a U.S. arrest warrant on Huawei CFO Meng Wanzhou, Mr. Miller said. Canada is also reluctant to jeopardize business interests in China, which include export markets for canola, pork and seafood.

“Canada has not really made a choice about where it stands on China. For a long time, the attitude has been, ‘We’ll focus on the economic relationship with China, and the security relationship with the U.S. will be unaffected,’” Mr. Miller said. “Canada now has to choose between its economic interests and security interests.”

For now, the AUKUS leaders said, their focus is on submarines. Nuclear-powered submarines would allow Australia to undertake longer, stealthier patrols, because they do not need to surface as often as conventional submarines. The new subs would use nuclear power, but would not be armed with nuclear weapons.

“The future of each of our nations, and indeed the world, depends on a free and open Indo-Pacific,” Mr. Biden said. “This is about investing in our greatest source of strength – our alliances – and updating them.” 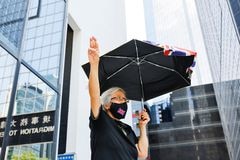 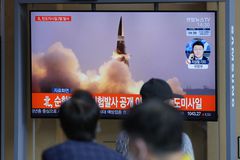 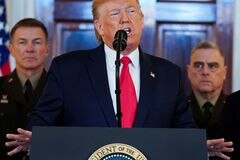