The political action committee’s unanimous endorsement came on the heels of several key nods of support among caucus leadership and members, including civil rights icon Rep. John Lewis of Georgia and caucus Chairwoman Rep. Karen Bass of California. The PAC is the caucus’s separate campaign arm.

“There’s no question that Joe Biden is badly needed by this country,” CBC PAC Chairman Rep. Gregory Meeks of New York said in an interview with The Associated Press. “His leadership, his experience, his understanding on how to get things done and his ability to work and pull people together is needed now more than ever. We need someone that is a healer and not a divider, and that’s Joe Biden.”

Biden, who is on the cusp of clinching the Democratic presidential nomination, had already scored key endorsements from 38 of the 54 members of the group, which is composed of most African American members of Congress.

Black voters have long anchored the former vice-president’s White House bid with overwhelming support in South Carolina, on Super Tuesday and in Midwestern states like Michigan. But that was before the coronavirus pandemic disrupted the presidential race, forcing several states with significant black populations, like Georgia, to postpone their primaries. African Americans have been disproportionately impacted by COVID-19, the disease caused by the virus.

An AP analysis last week found nearly one-third of those who have died are African American, with black people representing just 14 per cent of the population in the areas covered in the analysis.

Earlier this month, Biden joined a growing call for the release of comprehensive racial data on the coronavirus pandemic, which he said has put a spotlight on inequity and the impact of “structural racism.”

Meeks said he believes Biden is well-suited to address the lasting impact of the pandemic and he’d like to see an agenda from him that specifically addresses racial disparities that have long plagued black Americans. Many of the nation’s front-line workers, who are among the most at risk, are black Americans and other people of colour.

“There’s no question in my mind that there needs to be an agenda that pushes forward black America,” Meeks said. “Joe Biden has proven that he has the ability to get things done and that he has a vision to bring us together and have an agenda of significant importance for the black community.”

The CBC PAC endorsed Hillary Clinton in 2016 over Vermont Sen. Bernie Sanders. When asked what will be the road map to winning the election this time after Democrats suffered a bitter defeat, Meeks said it’s simple: Listen to black women, who are among the Democratic Party’s most loyal voting bloc.

“Black women over-performed in 2016, and had we listened to them, we might not have the person that’s there now,” Meeks said.

But Meeks said he’s confident Biden will be able to drum up support among key demographics.

“There was a reason why Barack Obama chose Joe Biden to be his vice-president,” Meeks said. “He is the appropriate person now to step forward and take the reigns of this great nation of ours.” 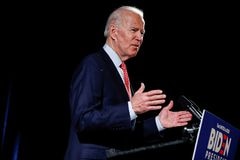 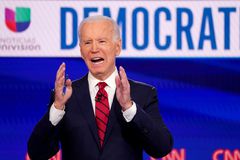 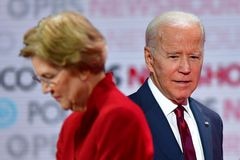