It was one small step for American infrastructure. Could it presage a giant leap for bipartisanship?

That question is preoccupying political figures and analysts in the United States, where the passage of a mere procedural vote in the Senate is being hailed as the beginning of a new era — or maybe just an encouraging blip — in a country where civic life has taken on the language, rituals, and suspicions of a range war.

On the one hand, the very fact that 17 Republicans joined the Democratic majority to permit debate on a US $1-trillion infrastructure bill was being celebrated as a major political breakthrough is a measure of the tensions of the times. The bill to repair roads, bridges, waterways and ports and to widen access to public transportation and to the Internet includes job-creating spending in every state — a key feature of the legislation that, as it moves toward final passage in the Senate and then is considered in the House of Representatives, almost certainly will be employed as catnip for the unconvinced.

“We have a President who ran on restoring the normal functions of government,” said former Representative John Delaney of Maryland, an unsuccessful 2020 Democratic presidential candidate who is a board member of the Washington-based Bipartisan Policy Center. “Prior presidents talked about an infrastructure bill but it took Joe Biden to get it. This agreement is going to be very popular, and that positive feedback loop will send a message to Capitol Hill that people want more of this. This will be a living, breathing example of what can happen when parties work together.”

But at the same time, some Democrats already were complaining that the legislation — it has not actually been written in formal legal language, but its contours were emerging late this week — will fall short on many of their wishes, including new spending to battle climate change. The compromise package tentatively includes US $46-billion to help localities prepare for droughts, wildfires and flooding growing out of global warming, but progressives such as Senator Bernie Sanders of Vermont want more, and a more aggressive approach, and are pressing for some of their priorities in a separate budget bill that likely will have no GOP supporters.

And on the Republican side, the support of Senate GOP leader Mitch McConnell of Kentucky for the infrastructure bill was matched by warnings from former president Donald J. Trump that the bill “is a loser for the USA, a terrible deal, and makes the Republicans look weak, foolish and dumb.” Mr. Trump said that Republicans supporting the measure should plan that “lots of primaries will be coming your way!”

Still, the movement toward actual approval of an infrastructure offensive was a discernible change in the rhythms of American politics.

Both Barack Obama and Mr. Trump held out repairing highways and waterways as major domestic priorities and neither president made any headway. Mr. Biden ran for the White House vowing to reach across the partisan aisle and, though he did not express it quite this way, viewed the repair of highway bridges as a way to bridge the partisan gap.

But such a wide-ranging piece of legislation, offering rewards in all 435 congressional districts, comes along only rarely.

“This is a one-off,” said Steven Schier, a political scientist at Carleton College in Northfield, Minn. “There are a fair number of Democrats who think this bill doesn’t spend enough. The party numbers right now are very difficult to thread the needle and get the bill through.” The Democrats have a slender nine-vote margin in the House while the Senate is controlled by the Democrats only by virtue of Vice-President Kamala Harris’s ability to break a 50-50 tie.

Even so, some analysts were taking heart at this week’s developments.

“There’s some little bit of movement,’’ said Caroline Tolbert, a University of Iowa political scientist. “Somehow we have to move beyond these tribal partisan emotions that have taken hold of our politics. There has to be a core of politicians that just wants this country to get healed. We just can’t afford this partisanship anymore.”

Indeed, it was bipartisanship that pushed one of the signature measures of the 21st century, the 2001 McCain-Finegold campaign-finance legislation, into law. “Having both parties on board,” former Democratic senator Russ Finegold of Wisconsin said in an interview, “made everything more powerful and, as a result, possible.”

Today’s partisanship is fuelled by two parallel developments that have reshaped American politics — and that, working in tandem, have made bipartisanship increasingly elusive.

One is the consolidation of the Republicans as a conservative party and the Democrats as a liberal party. At the same time, political scientists have found that increasing numbers of Americans are voting for the party in congressional races rather than for individual candidates, a classic feature of Canadian politics but one that is new in American politics. Until recent years, compelling local figures — successful mayors, for example, or popular county officials — emerged as strong candidates for the House more for their personal traits than for their party affiliations.

The result is the emergence of fewer moderate, compromise-oriented lawmakers, who before this sea change were the grains of sand around which the oysters of bipartisan legislation were formed.

Before American politics took on this new form, beginning in the last quarter of the 20th century and gathering force in the new century, liberal Republicans and Democrats worked together for civil-rights, environmental and even tax measures. That’s what the President, who joined the Senate in 1973, is trying to revive.

“Wednesday’s bipartisan agreement,” Biden strategist Mike Donilon, a longtime aide to the President, wrote in a statement circulated on White House stationery, “is an important signal to voters that they’re being heard and that their government can work as they think it should – with elected officials from both sides of the aisle coming together to address the concerns that matter most in their lives.”

Analysis
Fear of inflation is spreading throughout the U.S.
July 23, 2021 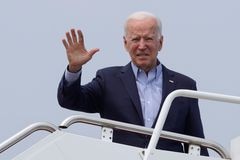 Analysis
Democrats and Republicans want to play by their own rules
July 14, 2021 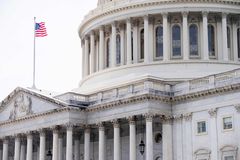 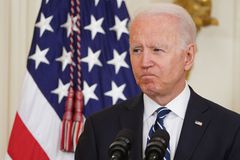