As Iowa prepares to kick off a fractious and unpredictable Democratic presidential nomination race Monday, candidates are criss-crossing the snow-covered heartland state in a mad dash to the finish line.

Left-winger Bernie Sanders has surged in the final days, erasing the long-held poll lead of establishment favourite Joe Biden and setting up a pitched battle between the party’s ideological factions.

This largely rural, overwhelmingly white Midwestern state of 3.2 million people wields power disproportionate to its size by virtue of holding its caucuses at the start of the election season. In 2008, for instance, Iowa set the tone for the nominating contest by picking then-rookie senator Barack Obama over Hillary Clinton.

This year’s campaign unfolds against the backdrop of President Donald Trump’s impeachment trial, and likely acquittal this week, as the Democrats struggle over how best to defeat him.

Mr. Sanders pitched one possible route at a Saturday night rally, calling for a revolution that would upend the U.S.'s entire established order.

“We are taking on Wall Street and the insurance companies and the drug companies and the fossil fuel industry and the military-industrial complex,” he declared at a hockey arena in Cedar Rapids, an industrial city of 130,000 people, as 3,000 exuberant supporters nearly drowned him out with cheers. “And the whole damn 1 per cent.”

Polls in the past week from Civiqs, Emerson and Monmouth have showed Mr. Sanders either leading or statistically tied with Mr. Biden. The Vermont senator’s ground game is readily apparent, with legions of university students flooding the state to canvass for him.

Mr. Sanders is banking on a combination of this youthful energy, indie rock-star power – the Cedar Rapids rally included a performance by Vampire Weekend – and sweeping policy prescriptions to motivate voters disaffected by the political process.

“I’ve supported presidential candidates before, but he’s been the only one who’s excited and motivated me,” said Melanie Beauchamp, 47, a volunteer on his campaign.

Ms. Beauchamp, a manager at an avionics company, has a personal reason to back the candidate’s signature pledge to replace private health insurance with a universal government system. A thyroid-cancer survivor, she estimates she paid more than US$80,000 out of pocket over five years for treatment.

“There is no pandering. The policies he stands behind are the right thing to do,” she said.

Mr. Sanders’s arena appearance was unusual for the state, where campaigning tends to be less flashy. More typical was a nearby town hall with Ms. Warren earlier in the day. Seven hundred people filed into a university gymnasium where the Massachusetts senator fielded questions from the crowd.

Sitting in the audience, student Avery Pazour said she was glad for the number of choices in the Democratic field. Ms. Pazour, 21, considered Mr. Sanders, but ultimately chose Ms. Warren because of the level of detail in her policy plans.

“I like that there was such a diversity. More competition helps every candidate be better,” she said.

Other voters, such as Joy Paustian, are having trouble deciding. On the sidelines of a Biden campaign stop in Davenport, on the eastern edge of the state, the 61-year-old retired civil servant said her chief criteria is electability.

“It’s a good time not to get overconfident. In the beginning, nobody gave Trump a chance of winning. He still appeals to a lot of people,” she said.

The caucus system encourages last-minute changes of heart. Iowans meet in community centres, churches and, in some cases, the living rooms of their neighbours to debate and discuss the choices, then publicly declare their support for a candidate.

Mr. Biden holds up Mr. Trump’s demand that Ukraine help tarnish Mr. Biden, which led to the impeachment, as proof that the President sees Mr. Biden as the greatest threat to his re-election.

“Have you ever seen a time when the sitting president in the opposite party, well before the Iowa caucuses, had spent time and money and effort to help you decide who we should have as the nominee?” the former vice-president said at a community hall in Burlington, a 25,000-strong town on the Mississippi River.

Both Mr. Buttigieg, former mayor of South Bend, Ind., and Minnesota Senator Ms. Klobuchar are trying to carve out a piece of the moderate vote for themselves. Also in the hunt, but far behind in the Iowa polls, are entrepreneur Andrew Yang and billionaire Tom Steyer. Former New York mayor Michael Bloomberg is skipping Iowa altogether to focus on larger, later states.

“It’s time for a more moderate voice in the United States. The country has become so divided,” said Josh Frayne, a 40-year-old factory worker in Mason City who backed Mr. Sanders in 2016 but is with Mr. Buttigieg this time around.

But some Bernie diehards vow to accept no substitute – suggesting that the party’s divisions could persist long after the nomination is decided.

James Woitas, 22, who travelled from Oregon to spend two weeks door-knocking for Mr. Sanders, said he would not vote in the general election if Mr. Biden is the nominee. Mr. Trump’s climate denialism, he argued, had galvanized state and city governments to cut carbon emissions on their own, whereas Mr. Biden’s moderate approach would fail to tackle the problem while simultaneously lulling people into a false sense of security.

“At least with Trump, he’s visibly against climate action, so we have to step up to counteract that,” said Mr. Woitas, a recent university engineering graduate. “With Biden, we would see complacency.” 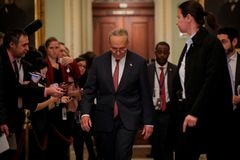 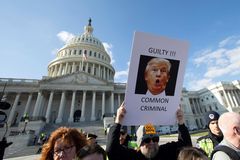 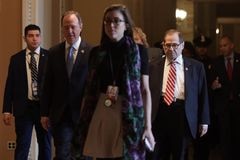