The House of Representatives is due to vote Thursday on two immigration bills that would provide a path to citizenship for millions living illegally in the United States, just as the country faces the biggest surge of migrants at its southwestern border in 20 years.

But it will be an uphill battle for either a limited or extensive immigration program to clear Congress as divisions both between and within the two parties over the subject continue to vex Washington. Republicans have focused on attacking the Democratic Biden administration for the new spike in arrivals at the U.S.-Mexico border.

Biden’s sweeping proposal, introduced last month, would provide a path to U.S. citizenship for an estimated 11 million immigrants in the country illegally. But it faces long odds. The Senate’s No. 2 Democrat, Dick Durbin, said Monday that it doesn’t have the necessary support in either the House or Senate. “These two bills are not the fix, but they are (a) fix to part of the problem,” Hoyer said Tuesday. “But we need to pass comprehensive immigration reform and we’re going to do so in the coming months.”

Republicans argue the latest bills would only encourage more illegal border crossings. Hundreds of youths under 18 have been crossing the border with Mexico every day recently in what Homeland Security Secretary Alejandro Mayorkas said was the largest influx of migrants in two decades.

The bills are “implicitly promising the next generation, all they have to do is get here and their turn will come,” Representative Tom McClintock said Tuesday during a meeting of the House Rules Committee, which sets the terms for floor debate on bills.

House Speaker Nancy Pelosi, a Democrat, said on Sunday the incoming surge of migrant children was a “humanitarian crisis” aggravated by the “broken system” of restrictive immigration left behind by former President Donald Trump.

But Republicans say the influx is the result of Biden’s reversal of some hard line Trump policies, with House Republican leader Kevin McCarthy labelling it the “Biden border crisis” during a trip to the border on Monday.

The first immigration bill the House will take up offers an eventual path to citizenship to “Dreamers,” those immigrants living in the United States illegally after entering as children. It would also help recipients of temporary migration protections, that allow immigrants from several disaster– or conflict-hit countries to live temporarily in the United States.

The measure, sponsored by Representative Lucille Roybal-Allard, could help make over 4.4 million people eligible for permanent U.S. residence, according to the Migration Policy Institute. It passed the House once already, in 2019, with 237 votes; seven of those were Republicans.

The second bill, sponsored by Representative Zoe Lofgren, would put about a million undocumented farmworkers on a path to citizenship, a Democratic aide said. It has a Republican co-sponsor, Representative Dan Newhouse. Thirty-four Republicans voted for the measure when it last passed the House in 2019.

Neither bill was taken up in the Senate when it had a Republican majority. With Democrats now holding narrow control of that chamber, they hope to be able to attract some Republican support.

But Senator Lindsey Graham, one of the leading Republicans in past talks on immigration, said he was doubtful bipartisan progress could be made on immigration legislation while border arrivals continue to increase. 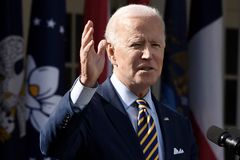 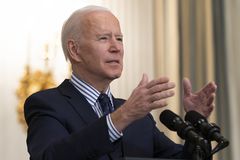