The record numbers of women running for office in the United States this year are mostly Democrats, and their party is banking on their candidacies and a widening gender gap on key issues to achieve big wins in the Nov. 6 elections.

Reuters/Ipsos polling two weeks ahead of Election Day showed Democrats with a 5-percentage-point lead over Republicans among likely voters in the elections, where control of Congress is at stake.

It is a “gender gap on steroids,” Democratic pollster Celinda Lake said.

The Democratic Party is trying to regain political power at the local, state and federal levels in next month’s elections. The 2016 election of Republican President Donald Trump despite multiple sexual misconduct allegations and the #MeToo movement against sexual misconduct have energized Democratic women in particular to seek office and vote.

Democrats need to pick up 23 seats to win control of the U.S. House of Representatives and gain two seats to capture the Senate. Winning either chamber would help them thwart or stall much of Trump’s policy agenda and increase congressional oversight and investigation of the administration.

Of the 23 women on ballots for the 100-seat U.S. Senate and 237 vying for the 435-seat House, more than 75 percent are Democrats, according to the Center for American Women and Politics at Rutgers University.

“It’s a bit of a partisan story,” said Rutgers political science professor Kelly Dittmar. “This year we’ve seen a surge of women candidates that are both running for office and winning nominations, but much of that surge is happening among Democrats and not Republican women.”

Women are more likely than men to vote in both presidential and congressional midterm elections across all ethnicities, according to Dittmar’s research and polling data.

Reuters/Ipsos polling, which has tracked voting interest since 2012, showed Democrats, especially college-educated women Democrats, much more enthusiastic about voting this year compared with the last midterm elections in 2014, and their level of enthusiasm has risen more than it has among men.

YEAR OF THE WOMAN?

As November’s elections have drawn closer, Reuters/Ipsos polling has also shown a widening gender divide on questions such as approval of Trump and the economy.

Both men and women say the economy is their top issue, and Trump often touts an improved economy as one of his successes.

But while 51 per cent of men believe the economy is on the right track, only 37 per cent of women do, Reuters/Ipsos polling showed.

This year’s election is drawing comparisons to the 1992 elections dubbed the “Year of the Woman,” when a record number of women won seats in Congress, bringing total representation to around 10 per cent.

Former Democratic Senator Barbara Mikulski, one of only two women in the Senate at the time of Hill’s testimony, said women’s outrage at Hill’s treatment by an all-male Senate committee motivated them “to run in numbers never heard before.”

This year, Christine Blasey Ford accused Brett Kavanaugh of sexual misconduct when they were in high school during his Supreme Court confirmation hearing.

Republican leaders have cited Kavanaugh’s eventual confirmation as a catalyst for Republican enthusiasm in this year’s elections. But Lake said: “Anger is the most motivating emotion - more than happiness, fear.”

When asked to rate their anger on a scale of 1 to 10 – with 10 being extreme anger – Democrats were a 7.6 toward Trump, with Democratic women more angry than men, Reuters/Ipsos polling showed.

Democrats were also much angrier about the Senate’s handling of Kavanaugh’s confirmation than Republicans or independents.

Lake said she hoped 2018 was a “breakthrough moment” for women, who currently hold just 20 percent of seats in Congress. 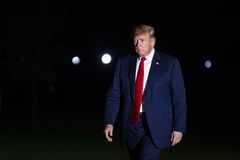 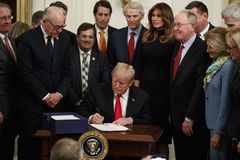 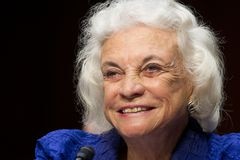