It was one of Canada’s most significant concessions in the renegotiation of NAFTA: Tougher rules protecting big pharmaceutical companies from competition on some of their most expensive prescription drugs. The change, if implemented, will cost Canadians an estimated $169-million annually in additional spending on medications.

But congressional Democrats want the measure rolled back. As part of a push to lower drug costs, they are threatening to refuse to ratify the new NAFTA – dubbed the U.S.-Mexico-Canada Agreement (USMCA) by the Trump administration – unless this tougher pharmaceutical rule is stripped out.

The move puts U.S. President Donald Trump in a difficult position. His own negotiators put pressure on a reluctant Canada and Mexico to accept the provision. But it contradicts his own recent promises to drive down prescription costs, including a plan unveiled this week to allow Americans to import cheaper medications from Canada.

The pharmaceutical rules have become a campaign issue in the long run-up to Mr. Trump’s 2020 re-election bid, with Democratic hopefuls assailing the President for failing to lower prices.

“He just signed on to another bad trade agreement with NAFTA 2.0, a giveaway to drug companies,” Senator Kirsten Gillibrand said in a Democratic presidential primary debate this week.

The battle also leaves Canada in an unusual situation. American politicians are inadvertently advocating for Ottawa to win back a point it conceded in last year’s negotiations. But Canadian officials have repeatedly said they do not want to reopen the text of the USMCA and make changes, for fear this would lead to a full-scale renegotiation. Talks lasted for more than a year, causing uncertainty for business and consuming much of the government’s political bandwidth.

The fight hinges on a provision in the trade pact that would guarantee pharmaceutical companies 10 years of data protection on new biologic drugs. This rule, which is in addition to existing patent protections, would force generic drug companies to wait longer before introducing competing alternatives to some brand-name medications.

The United States already grants drug companies 12 years of data exclusivity on biologics. But Canada offers only eight and Mexico five, meaning both would change their laws if USMCA takes effect.

Biologics are a type of complex drug derived from living cells, as opposed to synthetic chemicals. They tend to be particularly expensive: A Forbes Magazine report this year, citing data from the IQVIA Institute consultancy, reported that biologic drugs accounted for 93 per cent of growth in U.S. drug spending.

Democrats want to cut the U.S.’s data protection period to five or seven years, in the hope of getting generic drugs on the market faster to lower prices. They fear USMCA would prevent them from doing so by locking in the 10-year minimum.

The U.S. Congress must ratify USMCA for it to take effect. Because Democrats hold a majority in the House of Representatives, the Trump administration needs their help passing the deal. They are currently negotiating with Robert Lighthizer, Mr. Trump’s trade chief.

Pharmaceutical companies, for their part, argue that they need protection from competition in order to recoup the cost of developing new drugs. They contend that more generic competition reduces the incentive to innovate better medications.

Calculations by Canada’s parliamentary budget office estimate the USMCA change would add at least $169-million in annual costs for Canadian patients and drug-insurance plans. The increase would start in 2029, when the longer exclusivity period would first be felt.

Pharmaceutical consultant Neil Palmer said the change is relatively small compared with the $34.5-billion in prescription drugs – including $3-billion worth of biologics with data protection – that Canadians are estimated to purchase annually by 2029.

“In the overall scheme of things, in the Canadian market, this does not have a big impact,” said Mr. Palmer of PDCI Market Access in Ottawa. “It protects certain drugs that don’t have sufficient patent protections, primarily because of delays in the application process.”

Still, it was one of Canada’s main concessions at the USMCA bargaining table last fall, and follows a string of tightening drug rules in Canada, including tougher patent protections mandated by the country’s trade deal with the European Union.

Canada and Mexico are aligned with Democrats on the biologics issue, but neither country wants to reopen the USMCA. Foreign Affairs Minister Chrystia Freeland has said Canada has “done our deal” in the negotiations. Still, she has delayed ratification until the deal is passed by the United States, leaving open the possibility of changes.

Ms. Freeland’s office did not respond to a request for comment on Friday.

Inu Manak, a trade scholar at Washington’s libertarian Cato Institute, said dropping the biologics provision would be relatively straightforward, because it would be a popular move in Canada and would not necessarily provoke renegotiation of other parts of the deal.

“Canada and Mexico would likely support it, and making the change in both those countries would be good politically,” she said. “It doesn’t open the Pandora’s box that other changes might.”

The reason for the seeming contradiction between Mr. Trump’s promises to lower drug prices and his trade negotiators’ insistence on putting the 10-year provision in the deal is not entirely clear. The President has sometimes seemed at a loss to understand why American drug prices are so high.

“For years and years, other nations paid less for drugs than we do – sometimes by 60, 70 per cent," he complained to reporters on the lawn of the White House last month. “Why should other nations, like Canada … pay much less than us?” 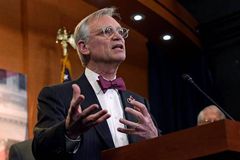 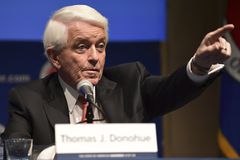