Now – at midyear, with the clock ticking toward next year’s midterm congressional elections, when the Democrats’ House and Senate majorities very likely could evaporate – they all are wondering how a Democratic president and a Democratic majority in the Capitol could be so frustrated, so unhappy, even so powerless.

That’s because American politics is riddled with complexities, lawmakers don’t feel pressure to buckle to their leaders’ entreaties, party discipline is a chimera, Senate minorities have outsized power, and some lawmakers simply luxuriate in being stubborn, in being nonconformist or simply in having strong views they will not surrender to their party allies.

In short, President Joe Biden, Senate Majority Leader Chuck Schumer and House Speaker Nancy Pelosi are learning the painful lessons that every Democratic president since Grover Cleveland at the end of the 19th century – and especially Franklin Delano Roosevelt, Harry Truman, Lyndon B. Johnson and Jimmy Carter – could have whispered in their ears: Holding power in the White House and Congress doesn’t necessarily mean exercising power.

“Being in the majority is not always great, but it is always better than being in the minority,” said L. Sandy Maisel, a Colby College expert on congressional politics. “For all their complaints about not getting things done, Democrats are not going to get what they want if they lose the majority either. They forget that.”

They also have forgotten that the progressive Democrats who are the most impatient with the pace of change in Washington and, increasingly, with Mr. Biden, are not in the majority of the Democratic Party. The Democrats possess a majority only if they count party members who are not part of the progressive wing on Capitol Hill.

The US$6-trillion domestic-spending package that Senator Bernie Sanders of Vermont is pressing for passage is a good example.

The package, including expanding health care for the elderly and fighting climate change, that Mr. Sanders has pronounced “absolutely imperative” almost certainly will not survive intact in Congress. The final product will likely be far smaller – but far bigger than it might be if the Democrats, who hold a slim majority in the House of Representatives and are in a 50-50 tie that Vice-President Kamala Harris can break in the Senate, lose control of even one of the two chambers next year.

Even so, progressive Democrats, recalling that Bill Clinton gave 18 speeches on behalf of the original NAFTA agreement, are frustrated that Mr. Biden hasn’t become an out-front salesman for their legislative goals. And they worry that some of their other priorities, from gun control to immigration, will perish because Republicans will kill them through the filibuster, which requires 60 votes to move to a Senate vote.

Presidents with far bigger majorities than the Democrats possess in the Biden era have faced similar challenges.

Lyndon Johnson won massive Great Society domestic-program victories from 1964 to 1966, but as opposition to the Vietnam War grew and as Democrats grew impatient with the 36th president’s imperious ways, his influence among party members waned swiftly and substantially. His Democratic colleagues blocked nearly every Johnson domestic initiative. He struggled to win a tax surcharge to help finance the war, and could not even get a majority to support a 1967 program for rat control that came out of the same congressional committees that had approved his Model Cities and rent-supplements plan only months earlier.

“He found that just because he had a majority, he didn’t always get his way,” the historian Doris Kearns Goodwin, who assisted Mr. Johnson in preparing his memoir and later wrote a Johnson biography, said in an interview. “He didn’t get everything he wanted, and it took his withdrawal from the presidential race in 1968 to take away some of the tension that he felt from his own party members.”

This is a phenomenon that has no strict analogue in Canada.

“You don’t get a situation in Canada where members of the legislative branch defy the executive without bringing down the government on a matter of confidence,” said Maxwell A. Cameron, a University of British Columbia expert on comparative government. “In the United States, members of the legislature can oppose the government and it won’t trigger an election. Even with a majority, legislative opposition can occur in the U.S. on a matter of consequence.”

Mr. Biden is in good company in his frustration.

Franklin Roosevelt could not win support for rearmament before the Second World War largely because of the Democratic opposition. Mr. Truman set out an ambitious domestic program called the Fair Deal and Democrats balked at both a national health-care plan and a burst of federal aid for education, prompting the president to say it might do his party colleagues some good to be out of power for a while. Mr. Carter’s relationships with fellow Democrats were so toxic that, as Kai Bird relates in a Carter biography published three weeks ago, when the Georgian sent a welfare-overhaul bill to lawmakers, “Congress immediately began picking it apart.”

It never passed, nor did the comprehensive tax overhaul Mr. Carter considered a top priority. That was killed by a fellow Southerner, Senate Finance Committee chairman Russell Long of Louisiana, whose stubborn opposition underlined the power of the majority to disrupt the plans of a president of his own party. Mr. Carter was infuriated, but there was irony in the stalemate. Mr. Long was the son of perhaps the greatest populist in Southern history, a governor and senator who in the 1930s was the nation’s most ardent advocate of dramatic changes in the tax code, Huey P. Long. 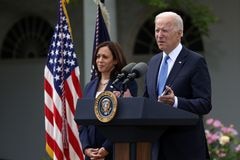 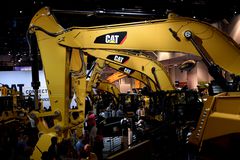