Democratic presidential candidates revealed this week just how far the party has shifted to the left on gun control, with contenders each promoting universal background checks, assault-weapons bans and red-flag laws.

The broad agreement on gun control represents a seismic shift for the party from only a few years ago. In 2013, a Democratic-controlled Senate rejected a package of gun laws that included many of the same measures now endorsed by nearly all of the party’s leading presidential contenders.

“It’s amazing that presidential candidates understand on the Democratic side that they can’t get elected either in a primary, or in a general election, without a strong position on gun violence,” said Chris Murphy, a Democratic senator from Connecticut who has been the party’s prominent voice on gun control since the 2012 Sandy Hook massacre in his state. “And that is, frankly, a sea change from just four years ago, where Democrats weren’t sure whether this issue was a political winner for them.”

The candidates themselves say their positions on gun control are being driven by public opinion, which has shifted sharply in favour of firearm restrictions in the wake of several mass shootings.

At a gun-safety forum in Las Vegas on Wednesday, nearly every presidential contender pointed to public-opinion polls showing that the vast majority of Americans – including a majority of gun owners – support measures such as background checks.

But background checks and red-flag laws, which allow courts to remove guns from someone deemed a risk to themselves or others, are where the agreements appear to end.

In unveiling more details about their gun-control plans this week, the candidates laid bare divisions on an issue that could be pivotal in the nomination race. That divide centres on whether the party should adopt even more aggressive gun-control measures, such as a national firearm permitting system, along with an assault-weapons ban that would not only prohibit new sales of guns such as AR-15s and AK-47s, but force owners to sell their existing firearms back to the government.

Former vice-president Joe Biden released his plan on Tuesday, calling for a voluntary buyback program and a proposal that would encourage states to enact their own firearms licensing systems, rather than require the creation of a federal gun registry.

His position is backed by others vying for the party’s political centre, such as Minnesota Senator Amy Klobuchar and South Bend, Ind., Mayor Pete Buttigieg, who called mandatory buybacks “a shiny object [that] makes it harder for us to focus.”

In sounding a note of caution, moderates are raising the spectre of the last time a Democratic president pushed through sweeping gun-control measures. Mr. Biden was among the Congressional leaders who helped secure support for a 10-year federal assault-weapons ban and federal background checks for some gun sales passed during the Clinton administration – laws that helped re-energize the Republican Party.

On Wednesday, Mr. Biden argued that a federal licensing system risked undermining Democrats’ efforts to pass laws that already have widespread public support. "There’s a lot of practical things we can get done, with the idea of getting to federal registration down the line possible,” he said. “But I don’t want to hold things up and get in the false fights.”

But such statements pit candidates such as Mr. Biden against a younger, activist wing of the party that is pushing for even more comprehensive gun control, led by New Jersey Senator Cory Booker and former Texas Congressman Beto O’Rourke. Both are promoting policies such as mandatory assault-weapon buybacks, a federal firearms registry and national laws requiring guns to be securely stored.

“You should not be a nominee from our party that can seriously stand in front of urban places and say: ‘I will protect you,’ if you don't believe in gun licensing,” Mr. Booker said Wednesday.

The debate on gun control underscores deeper divisions among the candidates: between those who believe that Democrats should focus on winning the White House and then governing by executive order over a divided Congress, and those who say passing meaningful changes also requires taking back the Senate from Republican control.

Massachusetts Senator Elizabeth Warren, a top contender to challenge Mr. Biden for the nomination, said she plans to focus on measures she could enact by executive order, such as universal background checks and an investigation into the political influence of the National Rifle Association. “My first priority is to do what a president could do all by herself,” she said Wednesday.

She echoed California Senator Kamala Harris, who vowed to expand federal background checks through an executive order if Congress didn’t take up the issue within her first 100 days in office. Asked how she would ensure that any executive order isn’t undone by a future president, Ms. Harris said: “I will deal with that eight years from now, because in the interim, how many lives will be lost?”

By contrast, Ms. Klobuchar argued that more aggressive gun-control policies risk pushing voters in Midwestern swing states toward Republicans in crucial senate races next year. “We don’t just win if we eke by a victory in the White House,” she said. “We win if we win big.”

David Hogg, who survived last year’s school shooting in Parkland, Fla., that killed 17 and co-founded the student-led gun-control movement March for Our Lives, chalked up the party’s divide to a generational gap between candidates. But, he said, it’s more significant that Democrats no longer see gun control as an impediment to winning an election. "What’s important is there is not a divide on whether or not this is an issue any more,” he said. 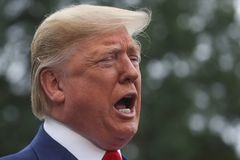 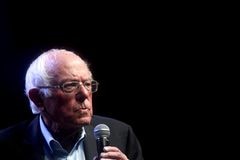