From the very first days of his presidency, Donald Trump has bullied, defied, ridiculed, dismissed, disrespected – and feared – the congressional lawmakers who, only 16 blocks from the White House but in an entirely separate branch of the American government, comprise an equal power centre in Washington. Now, all those impulses and inclinations are combined in a burst of intransigence that has the potential of prompting a fresh, dangerous constitutional confrontation.

The gathering storm in Washington is one of those rare but significant confluences of accepted practice, the law and politics. Separately, any one of them has the potential of roiling the country’s civic life. Together, the combination of the three has the potential of creating what Thomas Jefferson, in reference to Missouri’s 1819 petition to enter the Union as a slave state, called a “firebell in the night.”

This 21st-century firebell, sounded amid calls for the President’s impeachment, comes in the third year of the most contentious – and contemptuous of political norms – presidency since the second term of Richard Nixon, when many of the expectations, customs and precedents of modern presidential scandals were formed.

Opinion: From Trump to Zelensky in Ukraine: Why voters keep electing TV stars

These conventions – a Congress requesting, and then demanding, and for the most part finally receiving, documents or personal appearances on Capitol Hill – have been employed repeatedly since the Watergate scandal of 1972-74, to the distress of Gerald Ford (on the 1974 pardon of Mr. Nixon), to the anguish of Ronald Reagan (on the 1986 Iran-Contra scandal) and to the humiliation of Bill Clinton (leading to his 1998 impeachment growing out of his affair with a White House intern).

For the first two years of his presidency, Mr. Trump had little to fear and in fact had little pressure to disclose much of anything. The Republicans had sturdy majorities in both chambers of Congress and as such controlled the committees charged with oversight of the executive branch Mr. Trump controlled. Democratic efforts to reach into the White House – for his tax returns, for documents that might reveal ties between his campaign or administration with Russia, among other things – were faint and, in truth, entirely without power. Each impulse toward traditional and customary oversight was blunted by committee chairmen who either ignored the requests or slapped them away.

Then came last fall’s midterm congressional elections, which revealed one strain in contemporary American politics and transformed one house of Congress. Those contests reflected skepticism, particularly among female and suburban voters, of the Trump style and issue portfolio, overturning GOP control of the House of Representatives. The result was the replacement of a score of committee and subcommittee chairs, turning the Republicans out and inserting new, and newly energized, Democrats in the centre seats of the wood-panelled committee chambers along Independence Avenue.

A novice in American politics, Mr. Trump understood that the contours of the Washington struggle had been transformed but may have underestimated the implications of that transformation. Now the Democrats could mount the investigations they itched to undertake but were thwarted by Republican committee chiefs. Now the Democrats had the subpoena power that the Republicans failed to use in the early years of the Trump presidency but whose force they understood from their own use of those powers in tormenting, and then politically prosecuting, Mr. Clinton at the end of the past century.

Now the Democrats have those powers – but those powers possess grave danger, as the Republicans who wielded them in 1998 discovered to their great disappointment and discontent after they suffered substantial losses in that year’s midterm congressional elections.

The Democrats who investigated Mr. Nixon in 1973 and 1974 did so in an entirely different political atmosphere from the one that prevails today. In those days, nearly a half-century ago, there were liberal Republicans (and some conservative Republicans) who also recoiled at the misdeeds and crimes of the 37th president, and together they moved forward, treading to the brink of impeaching Mr. Nixon and eventually, in a hot and tumultuous summer, forcing him from power. Indeed, it was, among others, the former Republican presidential nominee, senator Barry Goldwater of Arizona, and the Republican Senate leader, Hugh Scott of Pennsylvania, who prevailed upon Mr. Nixon to depart for his California exile.

Today, the two parties are more aligned ideologically, and there are few Republicans who could, or might, provide the Democrats with the political cover that would make the subpoenas and investigations seem bipartisan efforts.

The result: The Democratic efforts to uncover overreach by Mr. Trump has the danger of permitting the President to portray the Democrats as overreaching.

Thus the confrontation brewing in Washington has grave risks for both sides. Mr. Trump’s defiance is yet another breach of contemporary American political practice, a notion that many Republicans acknowledge in private. But the zeal of Mr. Trump’s rivals to force this confrontation has the potential of backfiring on the Democrats, a hope the Republicans – scorched by their own efforts more than two decades ago – are airing publicly. Into this vortex both sides are marching this week. 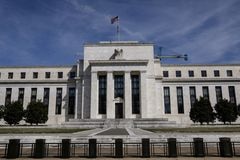 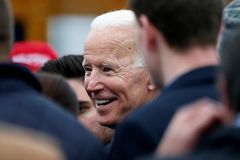 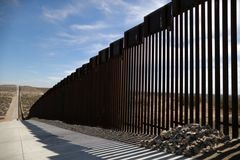