The government of the biggest economic power in the world doesn’t close for more than a fortnight without there being a formidable impact, one that reaches far beyond the original expectations of the White House and congressional lawmakers who are locked in a dramatic collision of wills – and won’ts.

On the surface, the fact that U.S. President Donald Trump won’t back down from his demand for a wall at the southern border and that congressional leaders won’t allow him to redeem his 2016 campaign pledge means that 800,000 federal employees are thrown out of work, some US$146-billion in tax refunds are not being distributed, thousands of loan transcripts required for home sales are not being issued and even the routine charitable-giving certifications required for the fundraisers conducted by the country’s non-profits are not being granted.

And even if the shutdown does not exceed the record – the 21-day impasse between president Bill Clinton and the Republican Congress between December, 1995 and January, 1996 – the current shutdown (the 21st such episode in the past four decades) could produce reverberations for years, including these elements:

The chill on Capitol Hill could become a frost

The 1995-96 shutdown came in the middle of a congressional session, a full year after the Republicans took over the House after 40 years of Democratic rule in the chamber. This shutdown comes just as the Democrats are assuming control of the House after eight years of GOP rule, adding poison to a relationship with the White House that was fated to be sulfurous under the best of circumstances.

As Democrats prepare a flurry of investigations into the conduct of Mr. Trump and the ties between Russia and his presidency and campaign – and as much of the Democratic base and some of the members of the House Democratic caucus clamour to begin impeachment procedures – the fraught relationship between the White House on the one hand and House Speaker Nancy Pelosi and Senate minority leader Chuck Schumer on the other is infected by a fresh brawl over immigration.

Both sides hoped for a more serene start. Perhaps that could have been on a massive infrastructure initiative that would permit Mr. Trump to address his campaign concerns over the disrepair of American bridges, roads and airports even as it would allow Ms. Pelosi and Mr. Schumer to extend a hand to the Democrats’ traditional big-labour allies, many of whom drifted into the Trump camp in the 2016 election. That didn’t happen. The result is a relationship contaminated before it even had a chance to develop, and the effect almost certainly will be:

The emergence of a new political wedge ahead of 2020

The playbook for the Democratic candidates was set in the weeks after the 2018 midterm congressional elections, which showed strong support for the party, especially in suburbs where Republicans had a fragile base: Emphasize the wage gap. Criticize the President’s tax policies. Question the durability of the economic boom in light of the turmoil in the financial markets. Stress health care and environmental issues. Argue the Republican aversion to regulation posed safety threats in the workplace and in the home. And, of course, assert Mr. Trump’s language, personal conduct and style are a dangerous departure from presidential norms.

All that remains part of the party portfolio just as 2020 presidential-election campaigning gets underway, but the shutdown adds an important new element: the notion that the President’s refusal to compromise – including his threat to get his way by claiming special powers by declaring a national emergency – is inflaming the situation.

The Democratic presidential nomination fight cranked to an opening on Friday and Saturday, with Massachusetts Senator Elizabeth Warren barnstorming through Iowa and Washington State Governor Jay Inslee and Los Angeles Mayor Eric Garcetti approaching the starting gate. The latter two will emphasize their experience and competence in governing, a skill that suddenly has new importance in American political culture, perhaps leading to:

Fresh recognition of the importance of government in American life

Americans depend on the federal government for social security retirement supplements, for old-age health insurance, for highway funds, for airport security and for all manners of other services, even as they say they want independence from Washington. Now, limited staffing is being blamed for the death of three people at national parks, visas are being delayed, student loans aren’t being serviced, housing subsidies aren’t being issued and the Smithsonian Institution museums, the National Gallery of Art and the National Zoo have been closed, ruining thousands of tourist trips to the capital.

Americans’ aversion to government and central authority helped fuel the 1776 revolution. In his famous 1782 Letters from an American Farmer, the French essayist de Crèvecœur spoke of Americans’ fondness for the “silken bands of mild government.” And nearly a century and a half later, president Calvin Coolidge said Americans should encounter the government only when the mail is delivered to their homes.

But since the New Deal under Franklin Delano Roosevelt, Americans’ dependence on government has grown exponentially – a dependence that has been displayed in sharp relief the past two weeks, with possible substantial consequence.

It could insulate the Democrats in 2020 from being blamed as the party of big government and at the same time could undermine Mr. Trump as he seeks to win a second term as the steward of a government whose functions he gleefully agreed to disrupt. 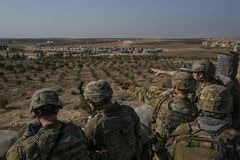 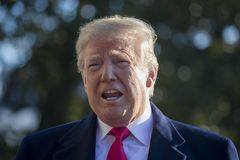