FBI Director Christopher Wray offered a lesson Tuesday in how to dodge questions about the special counsel’s Russia investigation, offering a possible preview of what lawmakers can expect when Robert Mueller testifies to Congress.

Wray, in an appearance before the Senate Judiciary Committee, repeatedly declined to answer specific questions about Mueller’s findings. He said he would leave those questions to Mueller, who will appear before the House on Wednesday, to answer himself.

Wray was willing to address other law enforcement subjects – such as describing China as the biggest national security threat to the U.S.

Wray would not provide details about the two probes into the origins of the Russia probe – one being conducted by the Justice Department’s inspector general and another by U.S. Attorney John Durham, who was appointed by the attorney general to examine the surveillance methods used during the investigation – other than to say the FBI was fully co-operating with both inquiries.

He did warn that Russia continues to attempt to interfere in American elections and said Mueller was a “consummate professional and straight shooter” and did not doubt the special counsel’s work.

Wray made headlines during a Senate hearing in May when he broke from Attorney General William Barr and said he didn’t consider court-approved FBI surveillance to be “spying” and that there was no evidence the FBI illegally monitored Trump’s campaign during the 2016 election. Barr has said he believes “spying did occur” on the campaign and suggested the origins of the probe may have been mishandled.

Barr didn’t specify what he meant when he said he believed there had been spying on the Trump campaign, but he was likely alluding to the FBI obtaining a secret surveillance warrant in the fall of 2016 to monitor the communications of former Trump campaign aide Carter Page, whose interactions with Russians several years earlier had raised law enforcement suspicions even before he joined the campaign Barr has not said such surveillance was necessarily improper, but President Donald Trump nonetheless seized on those comments to suggest his campaign was spied on in an illegal and unprecedented act.

The FBI director said he had been involved in a number of meetings within the Trump administration, including the president himself, describing Russia’s efforts to interfere with the 2018 midterm elections and elections going forward. Wray said he would also support elections officials using backup paper ballots during elections.

Some Democrats focused their questions on the independence of the FBI and Wray’s relationship with the president.

Asked whether anyone at the White House or the Justice Department – including Trump and Attorney General William Barr – asked Wray to open, alter or close an investigation, Wray responded that said he couldn’t think of any situation where he was asked to close an investigation or do anything inappropriate.

“I am committed to making sure the FBI does all of its work by the book, utterly without partisan interference,” Wray said.

Much of the hearing, though, focused on the national security and economic espionage threat posed by Chinese officials, which Wray described as “deep and diverse and wide and vexing.” He said the Chinese threat was particularly complicated since the FBI has to contend not only with government officials but also “non-traditional collectors” – including scientists, students and business – looking to steal American innovation.

“We have, as we speak, probably about 1,000 plus investigations all across the country involving attempted theft of U.S. intellectual property, whether it’s economic espionage or counter proliferation, almost all leading back to China,” Wray said. 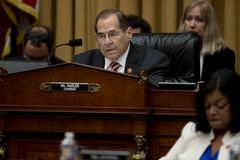 ‘It will not be easy’: Democrats prepare for potential challenges ahead of Mueller’s testimony
Subscriber content
July 11, 2019 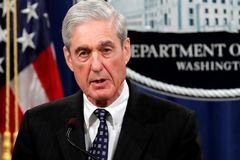