Trump, in an extraordinarily angry response, lashed out hours later at what a person briefed on the matter said was an investigation into possible bank fraud by Cohen. Trump accused his own Justice Department of perpetrating a “witch hunt” and asserted that the FBI “broke into” Cohen’s office.

The president, who spoke at the White House before meeting with senior military commanders about a potential missile strike on Syria, called the FBI raid a “disgraceful situation” and an “attack on our country, in a true sense.”

It is not clear how the FBI entered Cohen’s office, but agents had a search warrant and typically would have presented it to office personnel to be let in. The documents identified in the warrant date back years, according to a person briefed on the search.

The prosecutors obtained the search warrant after receiving a referral from the special counsel in the Russia investigation, Robert Mueller, according to Cohen’s lawyer, who called the search “completely inappropriate and unnecessary.” The search does not appear to be directly related to Mueller’s investigation, but most likely resulted from information that he had uncovered and gave to prosecutors in New York.

“We’ll see what may happen,” Trump said Monday. “Many people have said you should fire him.”

The president once again railed against Jeff Sessions, the attorney general, for recusing himself in the Russia inquiry, and blasted the FBI for failing to investigate Hillary Clinton, “where there are crimes.” He criticized Rod J. Rosenstein, the deputy attorney general, who is overseeing the Russia investigation, and called Mueller’s team “the most biased group of people,” who he said were mostly Democrats and some Republicans who had worked for President Barack Obama.

“That is really now on a whole new level of unfairness,” Trump said.

Cohen’s lawyer, Stephen Ryan, confirmed the raids. “Today the U.S. attorney’s office for the Southern District of New York executed a series of search warrants and seized the privileged communications between my client, Michael Cohen, and his clients,” Ryan said. “I have been advised by federal prosecutors that the New York action is, in part, a referral by the office of special counsel, Robert Mueller.”

Trump appointed the U.S. attorney for the Southern District, Geoffrey S. Berman, only in January. Berman is a former law partner of Rudolph W. Giuliani, a former New York mayor and a supporter of Trump.

The payment to the pornographic film actress, Stephanie Clifford, who is known as Stormy Daniels, are only one of many topics being investigated, according to a person briefed on the search. The FBI also seized e-mails, tax documents and business records, the person said. Agents raided space Cohen uses in the Rockefeller Center office of the law firm Squire Patton Boggs, as well as a room Cohen is staying at the Loews Regency Hotel on Park Avenue while his apartment is under renovation, the person said.

In order to obtain a search warrant, prosecutors must convince a federal judge that agents are likely to discover evidence of criminal activity.

The searches are a significant intrusion by prosecutors into the dealings of one of Trump’s closest confidants, and they pose a dilemma for Trump. He has dismissed Mueller’s investigation as a “witch hunt,” but these warrants were obtained by an unrelated group of prosecutors. The searches required prior consultation with senior members of Trump’s own Justice Department.

Trump and Cohen, however, regarded the searches as an effort by Mueller to use New York’s prosecutors as his proxy, according to two people close to the men.

The searches open a new front for the Justice Department in its scrutiny of Trump and his associates: His long-time lawyer is being investigated in Manhattan; his son-in-law, Jared Kushner, is facing scrutiny by prosecutors in Brooklyn; his campaign chairman is under indictment; his former national security adviser has pleaded guilty to lying; and a pair of former campaign aides are co-operating with Mueller. Mueller, meanwhile, wants to interview Trump about possible obstruction of justice.

It is not clear what Mueller saw that made him refer the matter to other prosecutors. But the searches show that Mueller does not believe that he has the authority to investigate all manners of allegations against everyone in Trump’s orbit. That is significant because Manafort’s lawyers have challenged Mueller’s mandate as overly broad.

Cohen is a long-time lawyer and fixer who, in a decade at Trump’s side, has served as a reliable attack dog against real or perceived threats to Trump. His activities have been scrutinized as part of Mueller’s investigation into Russian interference in the 2016 presidential election.

Cohen recently paid $130,000 to Clifford, who said she had an affair with Trump. Clifford has said that she was paid before the 2016 election to buy her silence. She is challenging a nondisclosure agreement she signed barring her from discussing the matter.

The search is an aggressive move for the Justice Department, which normally relies on grand jury subpoenas to obtain records from people who are represented by lawyers and are co-operating with authorities. Search warrants are more often used in cases in which prosecutors do not trust people to preserve or turn over the records themselves. Justice Department rules require prosecutors to first consider less intrusive alternatives before seeking records from lawyers.

Ryan said Cohen has co-operated with authorities and turned over thousands of documents to congressional investigators looking into Russian election meddling.

The seized records include communications between Trump and Cohen, which would likely require a special team of agents to review because conversations between lawyers and clients are protected from scrutiny in most instances.

A Long Island native, Cohen began his career as a personal injury lawyer and taxi fleet manager. He joined the Trump Organization in 2006. He attracted attention in the Russia investigation after e-mails showed that a business associate of Donald Trump, Felix Sater, pitched Cohen on a lucrative real estate deal in Russia.

The deal was supposed to be a Trump Tower in Moscow and Sater boasted to Cohen that the tower would get Trump elected president. “Our boy can become president of the USA and we can engineer it,” Sater wrote. “I will get all of Putin’s team to buy in on this, I will manage this process.” But the e-mails obtained by The New York Times show no response from Cohen, who told congressional investigators that he regarded Sater’s talk as puffery. 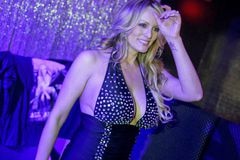 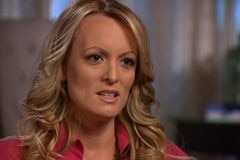