Of all of the conclusions to be drawn from this month’s Washington struggle to pass a COVID-19 relief bill, this may be the most significant: Not only doesn’t the centre hold on Capitol Hill, it also may not exist at all.

The US$1.9-trillion legislation passed the Senate without a single Republican vote last week, and received the same treatment Wednesday in the House, after a final vote of 220-211 along party lines.

It was at once both a buoying victory and a dispiriting defeat for President Joe Biden – and it stands as a sobering harbinger of the politics of the remainder of his time in the White House, and perhaps beyond.

The victory came with the fulfilment of the promise of economic relief – cheques totalling US$5,600 for the typical middle-class family of four – that Mr. Biden considered the cornerstone of his economic policy. The defeat will be vivid later this week, when no Republicans stand with him in the Oval Office to witness him affixing his signature to the legislation.

Mr. Biden entered the White House with the hope he could soften the capital’s ideological edges with his bipartisan instincts and impulses, his experience and his exhortations. He wanted to end a Washington legislative syndrome of partisan rigidity that was foreign to his 36 years of experience in the Senate; half of the dozen co-sponsors of the Biden drug-interdiction bill that passed the Senate in his last year in the chamber, for example, were Republicans.

The President’s rhetoric about unity, his vows not to antagonize Republicans gratuitously, and his two-hour meeting this winter with 10 GOP senators on the COVID-19 bill were designed to break a pattern where landmark legislation – the Obamacare health measure of 2010 and the Trump tax cuts of 2017 – succeeded without a single vote from the presidents’ opposition party. That was a significant departure from American experience, where the landmark civil-rights bills of the 1960s were passed with support from both parties.

Despite Mr. Biden’s hopes and efforts, the mathematics of American politics remains stubbornly the same, in part because the chemistry – ruled by litmus tests that reflect acidic conditions in the civic life of the United States – has not changed.

Unlike the decades-long period leading up to the early years of the 21st century, there is no overlap in the Venn diagrams of the country’s parties, for the liberal wing of the Republican Party (centred in Eastern metropolitan areas) and the conservative wing of the Democratic Party (centred in the South) have vanished.

Two noteworthy indices emerged from this battle, both providing hints to the nature of the rugged political road ahead in the country.

The first is the gap between Washington political figures and the people who sent them to the capital. Poll figures assembled by political scientist Christopher Warshaw of George Washington University showed that public support for the COVID-19 relief package (71 per cent) exceeded that for Obamacare (43 per cent) and the Trump tax cuts (31 per cent). Still, Republicans shunned the measure.

The second is that Mr. Biden’s moderate reflexes have not taken hold in his own party – and indeed have been rejected by party leaders. That is in part a reaction to the Trump influence in the GOP, a condition that has given the current president no Republican allies to help craft his policies and, what is more significant, no Republican potential partners to mollify. Thus, there is no counterweight to the progressive wing headed by two presidential candidates he defeated a year ago, Senators Bernie Sanders of Vermont and Elizabeth Warren of Massachusetts, plus a “Squad” of House progressives headed by Representative Alexandra Orcasio-Cortez of New York.

Indeed, efforts to placate or reassure the progressive wing have the effect of driving Republicans even farther from supporting Mr. Biden or his policies.

White House Chief of Staff Ron Klain characterized the relief bill as the “most progressive domestic legislation in a generation,” a phrase that rang bells of comfort for Democrats but bells of alarm for Republicans, who actually distributed that phrase on a card they circulated during the senators’ regular weekly luncheon – and that party activists gleefully employed in a video they produced, arguing, “For Democrats this was never about COVID,” adding, “Democrats are on Cloud $1.9 (trillion).”

The next test for both the President and his rivals is an infrastructure bill, which commentators repeatedly characterize as having bipartisan support – yet not enough for either Mr. Trump or Mr. Obama to win approval for an effort to repair bridges, tunnels and roads. A bipartisan infrastructure bill shaped by GOP Senator John Barasso of Wyoming and Democratic Senator Tom Carper of Delaware – a longtime close Biden associate – passed the Senate in the Trump years but went nowhere in the House.

The next round of infrastructure debate will centre on the economic burden of the legislation after the costly COVID-19 bill; what qualifies as an infrastructure project; whether the measure will require tax increases; and what implications it will have for the future of fossil fuels – a factor that will shape the views of several important lawmakers from energy-extraction states, including Mr. Barasso and Senator Joe Manchin of West Virginia, who in a 50-50 Senate has enormous power in the Democratic caucus. In short, the usual tensions will prevail, with the potential of preventing Mr. Biden himself from prevailing. 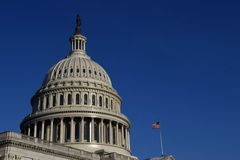