A new U.S. Congress, including a Democratic-controlled House of Representatives, takes power on Thursday as a federal government shutdown reaches its 12th day.

The standoff between legislators and Donald Trump could set the tone for a combative two years.

The U.S. President continued to insist on Wednesday that he would only sign spending legislation necessary to reopen the government if it contained US$5-billion for his wall on the Mexican border. Nancy Pelosi and Chuck Schumer, the Democratic congressional leaders, attended a White House briefing on border security but left with no deal in sight.

The Democrats will also gain the power to order hearings into Mr. Trump’s business dealings and finances, and his associates’ connections to the Russian government. And they will have the ability to pass or reject his signature achievement on the key trade file, the U.S.-Mexico-Canada Agreement, giving them significant leverage over the President.

There could, however, be some room for the parties to work together. The Democrats favour more infrastructure spending, which Mr. Trump campaigned on. And the President tacitly acknowledged during the midterm campaign that health care is a winning issue for the Democrats, giving him some incentive to make a deal on that policy file.

Here are five major threads that will define the new Congress, and the second half of the presidential term.

The shutdown, immigration and the wall

One of the first orders of business for Democrats when they take control of the House will be to pass a bill that would fund the government and end the shutdown, but without providing money for the border wall.

Mr. Trump has said he will reject any spending bill that doesn’t contain the funding. On Wednesday, he warned that he was willing to keep the government shuttered “as long as it takes.”

“The United States needs a physical barrier,” he told a cabinet meeting.

Steven Billet, a congressional expert at George Washington University, said Mr. Trump seems convinced that he has to deliver on the wall – the promise with which he launched his presidential campaign – if he is to face his base in the next election.

A good many Democrats could be persuaded to vote for more border-security funding in general, he said, but the wall itself is toxic.

The Democrats, meanwhile, are likely to use this Congress to pursue immigration changes – particularly settling the status of Dreamers, people brought illegally to the United States as children.

Gaining control of the House’s legislative committees will give the Democrats the power to launch further investigations into accusations of collusion between Mr. Trump’s circle and the Kremlin, and into the President’s business empire.

The party is also interested in passing a package concerning government ethics, including more stringent lobbying and campaign-finance rules. They could tie these to their investigations, using public hearings on an ethics bill, for instance, as a forum to grill members of the administration about alleged ethical lapses in the White House.

Special counsel Robert Mueller is also expected to finish his investigation into Russian election hacking and alleged White House obstruction of justice in the coming months. If Mr. Trump tries to prevent the report from being made public, he is likely to face another standoff with Congress.

Contrary to Mr. Trump’s repeated assertions, the renegotiated NAFTA does not contain any provision for Mexico to pay for the border wall.

It does, however, set new rules for the auto industry that are meant to drive manufacturing jobs away from Mexico and to the United States – a major campaign pledge for the President.

Mr. Trump must persuade Congress to ratify the pact for it to take effect.

Under one scenario, Mr. Trump could try to cut a deal that offers the Democrats the tougher labour provisions they have demanded in USMCA. This could take the form of a written guarantee from the administration that it will sue Mexico at USMCA’s trade tribunals any time an American union accuses Mexico of violating the deal’s labour standards.

But the Democrats may not accept such a deal, and could try to use USMCA passage as a bargaining chip to extract other concessions from the President.

Mr. Trump, for his part, has threatened to pull the United States out of NAFTA to press Congress to pass USMCA or risk the country having no trade pact at all with its neighbours.

This could lead to a standoff between Congress and the President – and a court battle over the legality of such a move – with Canada’s largest trade relationship in the crossfire.

Despite the spectre of non-stop confrontation in Mr. Trump’s Washington, the President does have some common ground with the Democrats.

For one, both support boosting federal spending on roads, bridges and transit lines. An infrastructure package could offer both sides a tangible policy victory to take back to their respective bases.

For another, the Democrats effectively campaigned on protecting and improving Obamacare in the midterms. And Mr. Trump has talked about reducing the price of prescription drugs, suggesting another possible area for collaboration.

One tactic the Democrats could use, Prof. Billet said, is to pass legislation on popular measures through the House, putting pressure on the Senate and Mr. Trump to either agree to their policies or risk voter anger by blocking them.

“The Democrats are in a place where they can, in many ways, drive the agenda. They can force the Senate to say no,” he said.

The divisions in the Democratic Party revealed by the 2016 election are fully reflected in the new caucus.

How the party’s factions work together will determine how effectively they wring concessions out of the President. 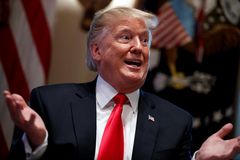 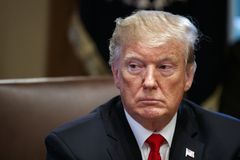 No sign of progress after Trump meets with U.S. lawmakers on shutdown
January 2, 2019 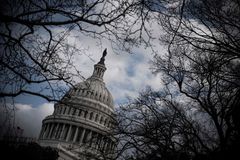