The first presidential debate flew off the rails when Donald Trump repeatedly interrupted, heckled and shouted down Joe Biden.

The second was replaced by duelling town halls after the Republican President contracted COVID-19 and refused to debate the former Democratic vice-president via video link.

In Thursday’s final matchup, taking place from 9 p.m. to 10:30 pm ET in Tennessee less than two weeks before Election Day, the candidates will get one last chance to directly score points off one another.

The Commission on Presidential Debates has made some changes to the format in a bid to better control both candidates, particularly Mr. Trump. But it’s an open question whether they will work. In recent days, the President has hit out in all directions, describing Mr. Biden’s family as a “criminal enterprise” and his own COVID-19 scientists as “idiots.” It suggests he will be just as uncontrolled as in the previous tilt.

Here are five things to watch for.

After Mr. Trump and Mr. Biden’s disastrous debate last month in Cleveland, the commission promised changes to avoid a repeat.

After every question on Thursday, when each candidate has two minutes to respond, the candidate not speaking will have his microphone turned off. After that, both microphones will be live for open debate. If there are interruptions during this section, moderator Kristen Welker will add time to the clock so the interrupted person can keep speaking.

The changes don’t go as far as some observers called for, because it preserves the ability to interrupt during open debate rather than assigning all speaking time to each candidate. But Mr. Trump argued it was too much. “It’s very unfair,” he told reporters this week.

Ms. Welker, an NBC White House correspondent, is used to pressing for answers at news conferences. Watch for her to emulate the style of her morning-show colleague Savannah Guthrie, who was widely praised for her incisive interviewing style during last week’s town hall with Mr. Trump. Ms. Guthrie pushed the President to directly answer questions and kept on him when he tried to change the subject.

Others have not fared so well.

Fox News anchor Chris Wallace, who ran the first debate, received mixed reviews. While he regularly intervened to shut down interruptions, he also failed to keep control, and the evening often turned into a three-way shout-fest.

USA Today’s Susan Page, who moderated the vice-presidential debate earlier this month, was panned after she failed to press for answers or enforce time limits. This allowed Mike Pence and, at times, Kamala Harris to dodge uncomfortable questions and speak over their allotted time.

The world is not enough

The final debate is usually focused on foreign policy, but not so this time. Ms. Welker last week released a much broader range of topics that she plans to cover: The pandemic, families, race, climate change, national security and leadership.

Such a scenario could be helpful to Mr. Biden by giving him more time to hammer Mr. Trump’s handling of COVID-19 while touting his own plans to tackle systemic racism and expand health care access. It would also reduce the President’s opportunities to assail other countries, a hallmark of his campaign style.

Mr. Trump’s campaign manager, Bill Stepien, wrote in a letter to the debate commission that the broader focus would boost Mr. Biden by letting him “avoid conversations” about his record on foreign policy. “We urge you to recalibrate the topics and return to subjects which had already been confirmed,” Mr. Stepien wrote.

The Biden campaign fired back that there was never any agreement between the campaigns on what the topics would be.

“The campaigns and the commission agreed months ago that the debate moderator would choose the topics. The Trump campaign is lying about that now because Donald Trump is afraid to face more questions about his disastrous COVID response,” spokesman TJ Ducklo said in a statement.

At the first debate, Mr. Trump refused to explicitly condemn white supremacy, and told far-right group the Proud Boys to “stand back and stand by.” During the town hall, he would not disavow QAnon, a conspiracy theory embraced by some Trump supporters who believe the President’s enemies are part of a Satanic cabal, or a baseless accusation that the U.S. military faked the killing of Osama bin Laden in 2011.

The President will almost certainly be asked about all of this on Thursday. How he responds could become the night’s most-circulated clip, as these previous moments were.

Can Biden break through

During the first debate, Mr. Biden struggled to deliver his message amid the President’s attacks. At times, he did not offer any substantive response as Mr. Trump berated him. At others, he allowed his irritation to show, once telling the President to “shut up.”

Expect the former vice-president to spend much of Thursday trying the only thing that seems to have worked: ignoring Mr. Trump while delivering his soundbites straight into the camera. 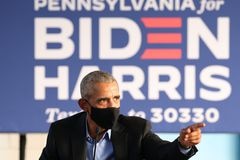 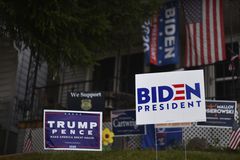 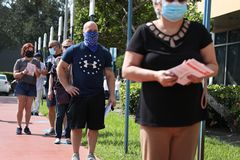