Michelle Obama used Donald Trump’s own words to skewer him on the first night of the Democratic National Convention, arguing the President was too incompetent to lead the United States through its mounting health, racial and economic crises.

“Donald Trump is the wrong president for our country. He has had more than enough time to prove that he can do the job, but he is clearly in over his head. He cannot meet this moment. He simply cannot be who we need him to be for us. It is what it is,” the former first lady said, echoing the five-word phrase with which Mr. Trump dismissed the country’s COVID-19 death toll this month.

Ms. Obama’s speech was the capstone to a sombre evening in which Democrats laid out their case against Mr. Trump, assailing his handling of the pandemic and crackdown on demonstrations against police racism. They also painted him as a threat to democracy, accusing him of attempting to disenfranchise Americans with reforms to the U.S. Postal Service that would make mail delivery so slow that mail-in ballots won’t arrive in time for the election this fall.

The night was also the first extended look at pandemic-era election campaigning – a convention moved entirely online because COVID-19 made it unsafe to proceed with the event in person. Cutting between hundreds of people in different locations across the country, the evening was a major technical feat that hit just a few snags.

The convention continues for the next three nights, culminating in Joe Biden accepting the presidential nomination Thursday.

The Democrats pitched the biggest possible tent, with a string of Republican former office holders speaking on the same night as the Senate’s only self-described socialist. The messages from these two sides of Mr. Biden’s putative voting coalition were often contradictory.

John Kasich, a former governor of Ohio who ran against Mr. Trump for the Republican nomination in 2016, exhorted conservative voters to back Mr. Biden with a pledge that he would steer a moderate course.

“I’m sure there are Republicans and independents who couldn’t imagine crossing over to support a Democrat. They fear Joe may turn sharp left and leave them behind. I don’t believe that,” Mr. Kasich said, standing at a literal crossroads. “He’s reasonable, faithful, respectful.”

Both Mr. Kasich and Mr. Sanders did, however, acknowledge the ideological chasms separating the disparate factions coalescing behind the former vice-president. But they argued that the re-election of Mr. Trump was too dangerous not to put aside their differences.

“Nero fiddled while Rome burned. Trump golfs,” said Mr. Sanders, who spoke in front of a large pile of firewood that appeared to be stacked in his home office. “The future of our democracy is at stake.”

At times, the format resembled a frenetic cable news channel. Sometimes it was more like a telethon on community access television, with frequent technical slip-ups.

During a speech by New York Governor Andrew Cuomo, for instance, his face suddenly jump-cut across the screen while a needless graphic of the Statue of Liberty briefly appeared and then vanished.

Footage of an emotional speech by Mr. Biden on police brutality was abruptly interrupted by a smash cut to the former vice-president presiding over a group discussion.

In an attempt to recreate some of the crowd energy of a live convention, the feed sometimes cut to viewers cheering from their living rooms, who often took several seconds to realize they were on camera. The effect was like that of people caught on the Jumbotron at a baseball game.

At the evening’s high points, the display would show hundreds of people cheering at once, each reduced to a tiny box on the screen.

Kristin Urquiza delivered the single-most memorable attack on Mr. Trump’s handling of the pandemic. She blamed him for the death of her father, Mark Anthony Urquiza. Mr. Urquiza had voted for Mr. Trump, she said, and prematurely broke quarantine to go to a karaoke bar because the President had downplayed the seriousness of the pandemic. After Mr. Urquiza died of COVID-19 in Arizona in June, Ms. Urquiza wrote an obituary in which she fired a broadside at the state’s Republican Governor, Doug Ducey, for swiftly lifting physical-distancing measures and triggering a surge of infections.

“My dad was a healthy 65-year-old. His only pre-existing condition was trusting Donald Trump – and for that he paid with his life,” she said.

The moment of silence

The brothers of George Floyd, whose death at the hands of Minneapolis police sparked the massive wave of protests against police brutality and racism this spring, led the convention in a moment of silence.

“People of all races, all ages, all genders, all backgrounds peacefully protesting in the name of love and unity is a fitting legacy for our brother,” Philonise Floyd said.

The mother of Eric Garner, who was choked to death by police in 2014, directly pressed Mr. Biden during a panel to use federal legislation to end police brutality.

“When my son was murdered, there was a big uprising. Then it settled down,” Gwen Carr said. “We can’t settle down.”

Mr. Biden pumped his fist in support. “I think people are ready,” he said.

The only explicit reference to Canada came from Minnesota Senator Amy Klobuchar. Mocking Mr. Trump’s fragile ego, she busted out one of the lines she used regularly on the stump during her presidential nomination bid this year.

“He blames the Prime Minister of Canada for cutting him out of the Canadian version of Home Alone 2. Who does that?” Ms. Klobuchar said.

The President falsely suggested last year that Justin Trudeau had ordered his cameo edited out of a CBC broadcast of the Macaulay Culkin movie as part of the trade war between the two countries. In fact, CBC made the cut at least as early as 2015 as one of several edits to fit a television time slot.

Much of Ms. Obama’s speech was an impassioned plea to voters – many of them young or visible minorities – who had supported her husband in 2008 and 2012 but had since become disenchanted with politics.

“If you think things cannot possibly get worse, trust me, they can,” she said. “And they will if we don’t make a change in this election.

“If we have any hope of ending this chaos, we have got to vote for Joe Biden like our lives depend on it.”

She conceded that Mr. Biden “is not perfect” but said he could seize the moment nonetheless if elected.

“I know Joe. He is a profoundly decent man, guided by faith,” she said. “He knows what it takes to rescue an economy, beat back a pandemic and lead our country.” 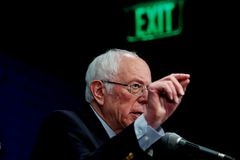 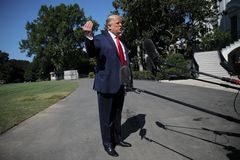 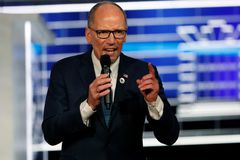