In only a week, mighty tectonic shifts have recast all of American civic life, setting in motion vast elements of the political landscape that seemed fixed in place, with settled matters suddenly unsettled, with broad assumptions suddenly assailed, with important questions suddenly answered and new ones posed – and with consequential new struggles on vital issues such as immigration, foreign aid, and health care taking shape.

The implications may deepen this week when U.S. President Donald Trump, newly emboldened by his apparent exoneration by special counsel Robert Mueller, may actually close the Mexican border and when lawmakers in both political parties sharpen their conflict on the future of health care in the United States.

That is because all of the buoys of contemporary Washington life have suddenly shifted:

Just 10 days ago Democrats regarded Mr. Mueller, a Republican who was a former FBI director, as a figure of unassailable integrity and unusual probity, while Mr. Trump regarded him as a rogue investigator prosecuting a colonial Salem-style witch hunt. Today Mr. Trump hails the fairness and thoroughness of the special counsel while the Democrats cast doubt on his work.

Just 10 days ago the Democrats believed Mr. Trump’s collusion with the Russians was so vast that simply an executive summary of the President’s campaign collusion would suffice. Today, fuelled by one part suspicion and one part desperation, they are pressing for the release of the entire 400-page report while Republicans are taking comfort and harbour in the four-page summary prepared by Attorney-General William Barr.

Just 10 days ago the Democrats were on the offensive on Capitol Hill and on the 2020 presidential-campaign trail while the Republicans – bereft of their one-time control of the House of Representatives, worried about retaining control of the Senate and watching in horror as nearly two dozen rivals prepared their cases against the President’s re-election – were playing a weak defence. Today it is the Democrats who are on the defensive.

Just 10 days ago the Obamacare health plan seemed a secure part of the American social-service portfolio, with easy access to insurance for millions and with the assurance that Americans need not worry that pre-existing health conditions would jeopardize their ability to find coverage. Today the Trump administration is pushing not simply to chip away at Obamacare but to eliminate it entirely, including protections for those with pre-existing conditions.

Just 10 days ago the American press was bathed in a warm feeling of self-satisfaction, regarding Mr. Trump’s taunts as badges of honour and with some news outlets actually profiting economically from the aspersions being cast in the public prints and on cable television against Mr. Trump. Today many of the prevailing press assumptions – including the notion, not stated but broadly believed, that Mr. Trump’s presidency amounted to a criminal conspiracy – are in tatters.

Just 10 days ago the impeachment of the President seemed plausible despite the reluctance of the Democratic congressional leadership. Today Mr. Trump can feel confident that, barring health considerations or startling new developments, he can serve out his first term and gird for his re-election campaign.

The President now is freed from even the limited restrictions he felt on his impulses and remarks. He is, moreover, liberated to portray his rivals on Capitol Hill and on the Democratic presidential campaign trail as socialists, as traitorous, or as contemptuous of mainstream American thought.

Speaking last week with Fox News host Sean Hannity, a political commentator whose views the President regards as especially congenial, Mr. Trump displayed his eagerness to engage in political pugilism, singling out a bold Democratic plan to address climate change that would set in motion dramatic changes in the country’s economy. “I don’t want to speak badly about the New Green Deal,’’ he said, ‘’because frankly I’m afraid that they’ll stop using it, because I really do want to, you know, campaign against it.’’

But this week Mr. Trump – speaking just before former Democratic Representative Beto O’Rourke travelled to El Paso, Texas, to announce his campaign to unseat the President – will decide whether to close the country’s southern border.

“I am not kidding around,” Mr. Trump said, adding that he might end ‘’all trade’’ with Mexico, which, according to the United States Chamber of Commerce, accounts for nearly $2-billion a day. The President asserted the border could be closed ‘’for a long time,’’ a move that would be ‘’just fine with me."

Mr. Trump also said he would proceed to eliminate direct aid to El Salvador, Guatemala and Honduras, three Central American nations whose refugees were part of immigrant caravans that he singled out as threats to the security of the United States.

That initiative is sure to spark a new battle in Washington as a five-member Democratic congressional delegation visiting El Salvador, including Rep. Eliot Engel of New York, chairman of the House Foreign Affairs Committee, returns to the capital. The delegation already has complained that Mr. Trump’s approach, which undermines efforts to improve human rights in Central America and thus to remove incentives for immigration, "is entirely counterproductive.’’

The release of the Mueller report is about two weeks away, which assures a full fortnight of contentionbetween the White House and Capitol Hill. That kind of contention in the new Washington of the post-Mueller era is not new. It is more intense, more raw – and, with every week, closer to the 2020 elections. 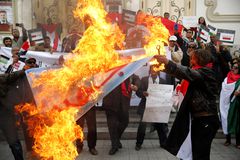 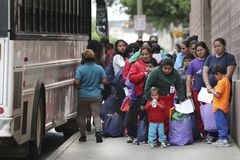 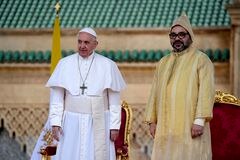