The two struggles are connected, to be sure. Republican lawmakers know they will be major figures in U.S. politics, on Capitol Hill and perhaps even in the Oval Office long after Mr. Trump disappears from the scene – but only if they survive this crucible. And how they defend the President, and for how long, could determine how they survive this titanic battle.

For the time being at least, these Republican lawmakers are defending the President even as they defend their positions in Congress. There are few signs of defection. But there is no surfeit of affection for Mr. Trump among Washington Republicans, nor respect for his governing or political style.

The two days of hearings this week underlined how perilous is the Republicans’ position as the Democrat-controlled House moves inexorably toward impeaching Mr. Trump.

The Republicans’ strategy is not so much to defend the President against impeachment as to undermine the process of impeaching him. Their tactics are less about answering the questions posed by intelligence committee chairman Adam Schiff of California and his Democratic colleagues than about questioning the validity of the questions themselves. Their intent is not so much to address the matter at hand as to portray the Schiff inquiry as an improvised cadenza to the report by special counsel Robert Mueller, which the President and his circle deemed an exoneration.

That phone call to a foreign leader – Mr. Trump asking Ukrainian President Volodymyr Zelensky “to do us a favour” – is at the heart of the Democratic impeachment drive. But Republicans have minimized the importance of that call, which the Democrats argue was a bid by Mr. Trump to use U.S. military aid as a bludgeon to force Kyiv to investigate the activities of the son of former vice-president and Trump rival Joe Biden in Ukraine.

By arguing that the principal accusers of the President are civil servants whom Representative Devin Nunes of California, the ranking Republican on the panel, this week described as members of a “politicized bureaucracy” who “have decided that they, not the President, are really in charge,” the Republicans are embracing the notion that Washington is infested with intractable, unelected power brokers – what Mr. Trump’s team calls the “deep state.”

Many of those civil servants joined the government under Republican administrations or are respected military or civilian officials who were selected by the Trump administration. Montreal-born Marie Yovanovitch, the former ambassador to Ukraine who testified Friday, was appointed to two ambassadorial posts by former Republican president George W. Bush and continued her service under former Democratic president Barack Obama before being recalled by Mr. Trump.

Meanwhile, Senate Republicans are girding for the postimpeachment trial that will determine if Mr. Trump is expelled from office. That requires 67 votes in a chamber where the Republicans hold 53 seats, so it would require 20 Republicans to vote against retaining him.

Senate Republicans expect to pick up the theme broached Friday by Mr. Nunes, who described the hearings as a “daylong TV spectacle” in which the Democrats were seeking to “fulfill their Watergate fantasy” with “hours of hearsay testimony.” The Senate GOP leadership is also considering holding the President’s trial during winter campaigning for the Iowa caucuses and the New Hampshire primary, forcing the five senators running for the Democratic nomination to spend weeks in Washington rather than on the political stump.

Thus far, Senator Mitt Romney of Utah, the 2012 GOP presidential nominee, is the only Republican who has suggested he may vote to end the Trump presidency. Others who find the President repellent are afraid that their apostasy might prompt a primary challenge in their re-election campaigns or argue that they are reluctant to depose a president who won their states in 2016.

But if the preponderance of evidence prompts them privately to conclude the President should be removed from office, they might move en masse to convict him. By acting as a group, they would assure the end of the Trump presidency without exposing themselves to the President’s fury. It was, after all, Senate Majority Leader Mitch McConnell of Kentucky who, as the drive to impeach Bill Clinton gathered force in 1998, said:

“Our nation is indeed at a crossroads. Will we pursue the search for truth, or will we dodge, weave and evade the truth? I am of course referring to the investigation into serious allegations of illegal conduct by the President of the United States – that the President has engaged in a persistent pattern and practice of obstruction of justice. The allegations are grave, the investigation is legitimate, and ascertaining the truth, the whole truth and nothing but the unqualified, unevasive truth, is absolutely critical.”

But a Senate trial is in the future, likely early next year. In the meantime, the Republicans hope the Democratic prosecutors will meet the same fate – voter rebellion at the polls – that the Republicans faced as a result of the drive to impeach Mr. Clinton. And they are mixing their dread of new revelations with their contempt for the impeachment proceedings.

“The Republicans are trying to demean the impeachment process by behaving badly,” said Jill Lepore, the Harvard historian who was shortlisted for the Cundill History Prize for distinguished scholarship, awarded on Thursday by McGill University. “They are trying to create the image of a kangaroo court by behaving like kangaroos.” 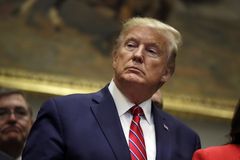 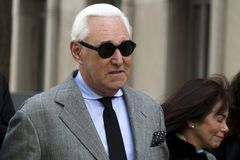