The latest flashpoint in a country that has politicized almost everything – wearing masks, the number of people who can crowd around the polished metal bar in the neighbourhood pub, whether college football teams play their fall schedules – is perhaps the most prosaic function of government.

And so it was almost inevitable in the Donald Trump years that the local American post office – founded by Benjamin Franklin, revered as a village gathering place, dreaded by criminals pictured on “most-wanted” posters, defended even by those who revile Washington as perhaps the only essential domestic function of central government – has become the most controversial place in the United States.

But there it stands – the brick building with the white trim and the musty smell inside, on Main Streets from coast to coast – as a 2020 election battleground.

Like the post office itself, the contretemps is simply described. The pandemic has made lines at polling stations into a threat to public health. Democrats, who hope a big turnout will elect Joe Biden, support massive mail voting. Mr. Trump sees peril in near-effortless voting and seeks to curtail postal services by limiting funding, prompting mail delays and undermining perhaps the most favoured institution in American life. Indeed, according to the Pew Research Center, the United States Postal Service has a 91-per-cent approval rating – higher than Congress, the Centers for Disease Control and Prevention and twice Mr. Trump’s own.

This month the President, who for months has sowed distrust in the postal service, opposed US$25-billion in emergency funding and a separate, supplemental US$3.5-billion to handle a flood of mail ballots. The House of Representatives will hold a special session Saturday to approve funding to assure the postal service can redeem its revered motto that “neither snow nor rain nor heat nor gloom of night stays these couriers from the swift completion of their appointed rounds.”

The rush to register for postal ballots is real. In tiny Conway, N.H., population 10,266, the town clerk is getting 30 to 50 applications a day. Already North Carolina officials have received 163,374 applications for mail ballots – seven times the 2016 requests. Ballot-drop boxes to bypass the post office are sprouting on the landscape.

And Monday night, Eva Longoria, the moderator of the virtual Democratic National Convention, made postal voting a prominent theme, with Nevada Senator Catherine Cortez Masto describing it as “a secure, proven” voting method employed by Mr. Trump himself. Senator Amy Klobuchar of Minnesota complained the President’s actions meant “seniors won’t be able to get their [mail] prescriptions because he wants to win an election.”

The controversy is less about the USPS’s capacity to handle a ballot flood than about operational changes – overtime, work rules – being implemented by Mr. Trump’s appointees that could affect the processing and delivery of mail ballots, and that already are leaving mail in depots for days. On Tuesday, under heavy pressure from state attorneys-general, Democratic lawmakers and the public, Postmaster-General Louis DeJoy announced the suspension of changes until after the election. It did little to quell the furor.

This post office controversy is not only about the present threat of Trump voter suppression nor about the future of the mail in an era of texts, e-mails and Amazon deliveries. It is also about the past.

No institution is so embedded in American culture as the post office – and no art form is so esteemed in American life as the letter.

William Hill Brown’s 1789 book, The Power of Sympathy, structured as a series of letters, is considered the first American novel. (It was preceded by 20 years by the first Canadian novel, The History of Emily Montague, also an epistolary work.) The horse-mounted 19th-century mail carriers of the Pony Express may have operated for 18 months but they remain a well-loved element of American folklore.

The American Revolution was foreshadowed by the publication of Letters from a Pennsylvania Farmer. The French-born J. Hector St. John de Crèvecœur, later a Canadian cartographer who served with Louis Montcalm and was wounded in the 1759 Battle of Quebec, introduced the new American character to Europeans through essays he published in 1782 called Letters from an American Farmer. Martin Luther King Jr.’s 1963 civil-rights manifesto was called the “Letter from the Birmingham Central Jail.” Richard Nixon’s resignation from the presidency came in a letter. It was a single sentence of 11 words.

And perhaps the most poignant American letter came from Major Sullivan Ballou, a Union soldier wounded and dying during an 1861 Civil War battle, addressed to his soon-to-be-widowed 24-year-old wife: “If there be a soft breeze upon your cheek, it shall be my breath; or the cool air fans your throbbing temple, it shall be my spirit passing by.”

Mr. Trump’s offensive against the post office has erased its mystique. In the coming week, the House oversight and reform committee will question Mr. DeJoy and USPS board chair Robert Duncan; Mr. DeJoy will face the Senate homeland security and governmental affairs committee in a separate hearing. Democratic Representatives Ted Lieu of California and Hakeem Jeffries of New York of the House judiciary committee this week called for an FBI criminal investigation into Mr. DeJoy over nationwide USPS delays.

And yet the mail – especially in a time of pandemic – endures as a public necessity as well as a symbol of romance.

Shakespeare’s double-death 1597 tragedy of Romeo and Juliet was the result of the very sort of failure of mail delivery Democrats fear in 2020. Friar Lawrence’s letter about the plan to salvage the fate of the famous lovers never arrived. The letter carrier was quarantined, having been “visiting the sick … in a house /Where the pestilence did reign.” 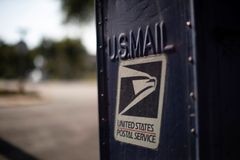 What is happening at the U.S. Postal Service and why this matters in an election year
August 17, 2020 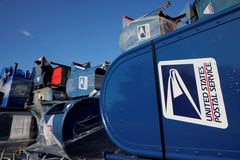 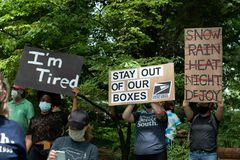