Republicans in the House of Representatives solved the problem of Liz Cheney’s apostasy Wednesday by in effect asserting Donald Trump as their own true faith.

Moreover, by repelling the relentless Trump critic from her position in the GOP leadership, House Republicans made several things clear:

They will tolerate no criticism of the former president. They will resist any reassessment of the insurrection they witnessed Jan. 6 in their own legislative chamber. They will place their prospects of winning back control of the House next year at the top of their political priorities.

And they are willing to repudiate a dynasty like that of the Cheneys, a family that has accounted for a White House chief of staff, two House members, three positions in the House leadership, a secretary of defence, a two-term vice-presidency and a chair of the National Endowment for the Humanities.

All that on a voice vote so that their members’ individual views would be shielded from the voters whose support they will be seeking in the midterm congressional elections in 18 months.

“I’ve been in the congressional leadership and I understand the obligations of leadership,” former senator Rick Santorum of Pennsylvania, a two-time Republican presidential candidate, said in an interview.

“You represent the team and you work for the team. As much as I agree with Liz that what happened at the Capitol was horrible and that Trump lied about it, making that the primary interest isn’t going to move things forward. We need to get back control of the Congress.”

But far from displaying the unity that the voice vote suggested, this entire episode laid bare two vital divisions in American political life: the yawning gulf between Republicans and Democrats; and the Republican Party’s continuing struggle over the role of Mr. Trump in its past and, just as consequential, in its future.

“This shows that the president still has a lot of sway in the party,” said John Brabender, a GOP media strategist who worked with the Trump campaign last year. “You can’t be out there attacking him every day. A lot of Republicans thought these attacks from Liz Cheney would be a continuing problem, so maybe it was smarter to get rid of this now.”

Mr. Trump has so dominated the American conversation for nearly six years that he has skewed the natural order of things.

In ordinary times, Ms. Cheney would be no Democratic hero; she went to Congress as an opponent of gay marriage even though her sister, Mary Cheney, had been with her partner (and now wife) for 21 years, refused to condemn those who argued that Barack Obama was not a natural-born citizen and thus was ineligible to be president, and voted with Mr. Trump 92.9 per cent of the time.

Yet in recent weeks, the Wyoming lawmaker, who voted three months ago to impeach Mr. Trump, has been saluted on the left as a truth-teller for her opprobrium against Mr. Trump.

In folklore as in history, the Republicans have been the party of conventional, responsible and predictable behaviour. But at the bidding of Mr. Trump – himself perhaps the biggest disrupter in American history and, as such, an apt symbol of an age of disruption – they have repulsed Ms. Cheney from her position. She lost her role as chair of the House Republican Conference, the number-three post in the party’s hierarchy and a role her father, Dick Cheney, held when his daughter’s possible replacement, Representative Elise Stefanik of New York, was two years old.

Even though the House vote was a stentorian statement of party unity, more than 100 Republican officials are girding to release Thursday what they describe as “A Call For American Renewal,” signalling their resistance to Mr. Trump’s domination of their party and suggesting they might break away if the party continues its allegiance to the 45th president.

But party ties have enormous resilience in American life.

Though early reports counted Tom Ridge, a former GOP House member, governor and cabinet member, among the rebels planning to sign the document, he released a statement to The Globe and Mail Wednesday saying, “While you can count me among the chorus of the disappointed, and although I understand the motivations behind the letter, I’m simply not going to abandon the party of Lincoln.

“My strong hope is that we can work together to restore the Republican Party’s commitment to key conservative principles such as limited government, the rule of law and fiscal restraint.”

If nothing else, this entire episode clarifies two important characteristics of contemporary American politics. It affirms the nostrum, first posited by the 19th-century humorist Finley Peter Dunne, that “politics ain’t beanbag.” And it demonstrates that, for better or for worse, Mr. Trump remains a preoccupation for both parties. 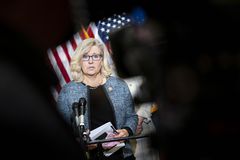 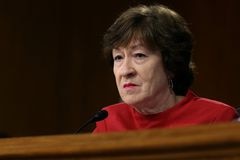 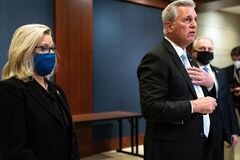