Iran launched missile attacks on two American air bases in Iraq early Wednesday in retaliation for the U.S. killing of Tehran’s top general, threatening the start of a war that could engulf the region.

Tehran said it would carry out further attacks if the U.S. hits back – including on Israel, United Arab Emirates and other American allies – raising the spectre of a prolonged conflict that could draw in several countries.

Fifteen ballistic missiles were fired from inside Iran at bases at al-Asad and Erbil, the Pentagon said, targeting both U.S. forces and their allies. Several hours after the strikes, there were no reports of casualties. 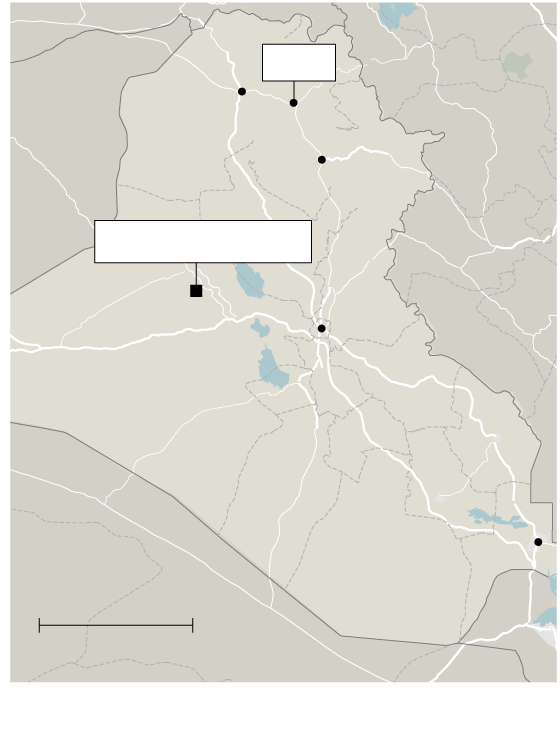 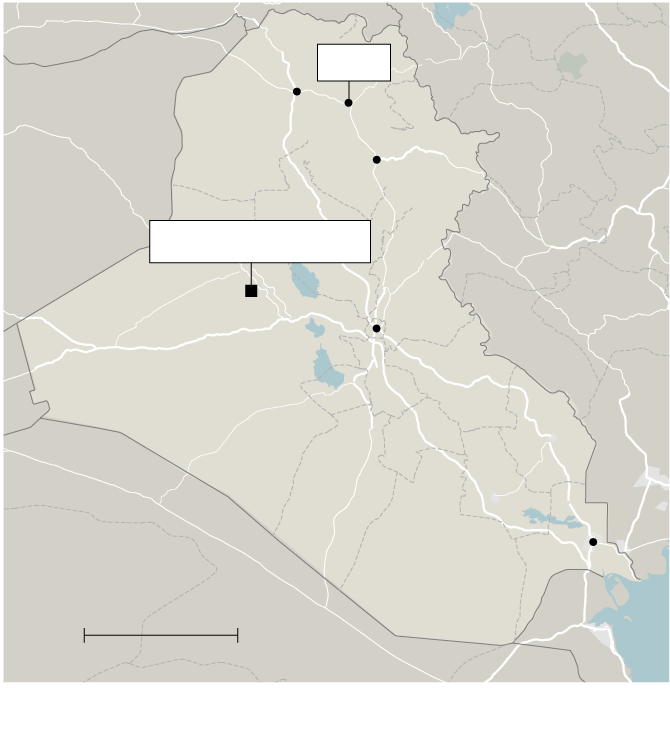 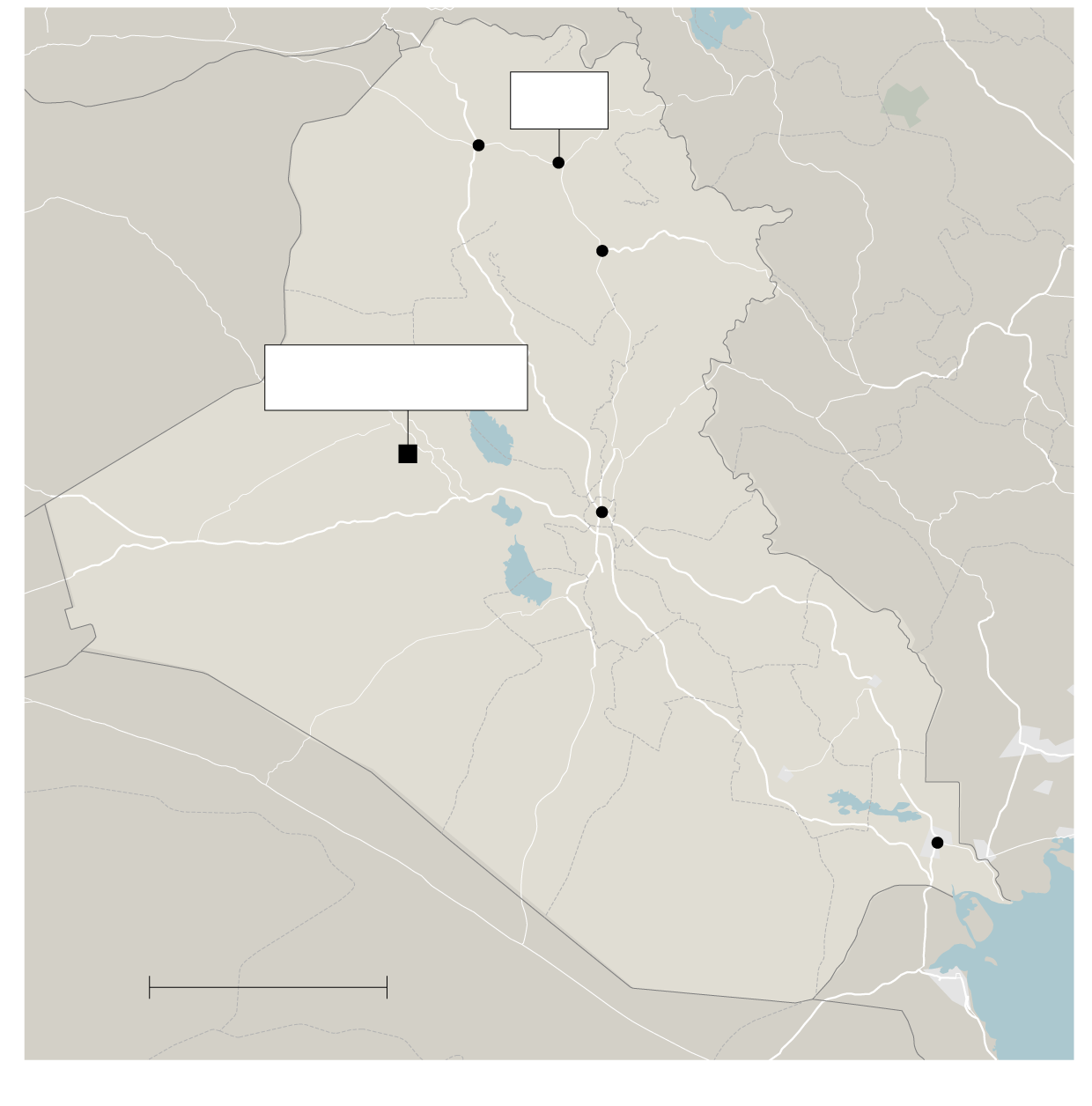 Iran’s Islamic Revolutionary Guard Corps said the attacks were revenge for the death of General Qassem Soleimani, who was killed by a U.S. air strike at Baghdad’s airport last week. It dubbed the bombing “Operation Martyr Soleimani.”

In a statement, the Guard Corps threatened “a more painful and cruel response” if the U.S. hits back and vowed to attack any country in the region that helps the Americans.

“We are warning all American allies, who gave their bases to its terrorist army, that any territory that is the starting point of aggressive acts against Iran will be targeted,” the Guards said.

Iranian officials said that if the U.S. bombed Iran, it would have its Hezbollah allies in Lebanon fire rockets at the Israeli port city of Haifa and also attack Dubai.

U.S. President Donald Trump struck an upbeat tone Tuesday evening but did not say how he would respond to the attack.

“All is well! Missiles launched from Iran at two military bases located in Iraq. Assessment of casualties & damages taking place now. So far, so good!” he tweeted after White House meetings with Secretary of Defence Mark Esper and Secretary of State Mike Pompeo. “We have the most powerful and well equipped military anywhere in the world, by far! I will be making a statement tomorrow morning.”

Iranian Foreign Minister Mohammad Javad Zarif said Tehran had “concluded proportionate measures in self-defense” and suggested his country would not do anything further if there was no retaliation from the U.S.

“We do not seek escalation or war, but will defend ourselves against any aggression,” he tweeted.

Other countries potentially in the line of fire include Qatar, Saudi Arabia, Bahrain and Kuwait, each of which plays host to thousands of U.S. troops. The drone that fired the missiles that killed Gen. Soleimani was reportedly launched from the al-Udeid air base in Qatar.

Qatar plays host to about 11,000 U.S. troops, including the forward headquarters of the U.S. Central Command. Nearby Bahrain is the base of the U.S. Fifth Fleet.

Defence Minister Harjit Sajjan met with “senior leadership in the Canadian Armed Forces and the Department of Defence” to monitor the situation his spokesman, Todd Lane, wrote in an e-mail.

Iran’s missile launches confirmed the fears of critics of Mr. Trump’s decision to kill Gen. Soleimani. The slaying was an abrupt about-face from the President’s previous policies of non-interventionism, and his 2016 campaign promise to pull the U.S. back from foreign wars.

“We must ensure the safety of our service members, including ending needless provocations from the Administration and demanding that Iran cease its violence. America & world cannot afford war,” Nancy Pelosi, the Democratic Speaker of the U.S. House of Representatives, tweeted.

Mr. Trump has said killing Gen. Soleimani was necessary to stop an imminent Iranian attack on Americans, but has provided no details or evidence. “He was planning a very big attack and a very bad attack for us and other people,” Mr. Trump told reporters Tuesday, hours before the missile attacks. “And we stopped him.”

But Mr. Pompeo said Gen. Soleimani was actually targeted as punishment for previous attacks and the “potential” he could carry out more.

This confusion was emblematic of the turmoil in the days after Mr. Trump’s surprise decision to take out Gen. Soleimani. Congressional Democrats have vowed to try to rein in the President’s war-making powers, while Mr. Trump threatened to bomb Iranian cultural sites before backing off.+

On Tuesday, the top U.S. commander in Iraq, Brigadier-General William Seely, drafted a letter informing Baghdad that American troops would leave the country after the Iraqi parliament voted to expel them. But Mr. Esper contradicted him hours later, saying the U.S. would stay.

Gordon Adams, a former national security official in the Clinton administration, said the process Mr. Trump used to decide to kill Mr. Soleimani does not sound consistent with an effort to prevent an imminent attack. Rather than presenting the President with a plan to counter a specific enemy operation, officials gave him several options for dealing with Iran and he chose to order a strike on the country’s top general. He contended that the Trump administration then tried to find a “post-hoc rationale” to justify the strike.

“It’s an effort to airbrush the President’s impulsiveness, to make him look like a statesman as opposed to an impulse shopper,” said Prof. Adams, who teaches foreign policy at American University in Washington.

The question of whether Gen. Soleimani had to be killed to stop an immediate threat to American lives has political ramifications in a country still smarting from ex-president George W. Bush’s false claim that Iraq possessed weapons of mass destruction as rationale for invading that country in 2003. It also has legal implications, as the War Powers Resolution allows a president to order military operations without congressional approval only to defend the U.S.

Mr. Esper, Mr. Pompeo and other administration officials are scheduled to brief legislators Wednesday behind closed doors on the intelligence leading up to the killing of Gen. Soleimani. Ms. Pelosi has said that the classified notification provided to Congress under the War Powers Resolution last week left many questions unanswered.

At Gen. Soleimani’s funeral on Tuesday in his hometown of Kerman, 56 people died and more than 200 were injured in a stampede as one of the dead commander’s comrades delivered a stark warning to the U.S.

“We tell our enemies that we will retaliate,” Hossein Salami, the head of Iran’s Revolutionary Guard, told mourners. “If they take another action we will set ablaze the places that they like and are passionate about.”