The Democratic presidential nominee has spent months touting a $2 trillion plan to boost investment in clean energy and stop all climate-damaging emissions from the U.S. economy by 2050. The plan implied that he would wean the U.S. off oil and gas, but Biden wasn’t so explicit about the industry’s fate – until Thursday night.

During the final moments of the presidential debate, Biden said he would “transition away from the oil industry.”

President Donald Trump, trailing Biden in many national and battleground state polls, immediately sensed an opportunity to appeal to voters in competitive states like Texas and Pennsylvania that produce oil and gas.

With less than two weeks until the election, Biden’s comment is prompting a sudden test of whether voters who increasingly say they are worried about the climate crisis will embrace steps to confront it. During a season of worsening wildfires, hurricanes and other disasters, scientists are issuing urgent warnings that big cuts in burning oil, gas and coal are needed right away.

Republicans, eager to shift focus away from the president’s handling of the intensifying coronavirus pandemic, say Biden’s plan would cost jobs.

“Joe just wants to transition away from Texas. Remember that on election day,” Abbott wrote.

Even some Democrats distanced themselves from Biden’s comment. Rep. Kendra Horn, a Democrat who flipped a Republican seat in Trump-loyal Oklahoma in 2018, tweeted: “We must stand up for our oil and gas industry.”

So did Rep. Xochitl Torres Small, a first-term Democratic congresswoman in a toss-up race in New Mexico, in the oil- and gas-rich Permian Basin.

“We need to work together to promote responsible energy production and stop climate change, not demonize a particular industry,” she tweeted, adding that she was ready to “stand up to” the Democratic Party.

Polling by The Associated Press-NORC Center for Public Affairs Research and the Energy Policy Institute at the University of Chicago shows a majority of Americans acknowledge people are causing global warming and link global warming to worsening natural disasters.

But Biden, who has mostly been disciplined in keeping the focus on Trump, seemed to sense the political peril. Shortly after the debate, he told reporters he wasn’t talking about any kind of fossil fuel ban.

“We’re not getting rid of fossil fuels for a very long time,” he said.

“You know, the president likes to take everything out of context,” Harris said. “Let’s be clear: What Joe was talking about was banning subsidies, but he will not ban fracking in America.”

Biden has said he would ban new gas and oil permits – including fracking – on federal lands only. The vast majority of oil and gas does not come from federal lands.

That’s an especially sensitive point in a state like Pennsylvania, which may prove decisive on Election Day. Trump’s clearest path to re-election hinges on winning both Florida and Pennsylvania, states that he won in 2016.

National polls show Americans are increasingly skeptical of fracking. And even in Pennsylvania, voters in the suburbs and other spots have spoken out against the drilling and against massive gas pipelines.

Berwood Yost, director of the Center for Opinion Research at Franklin and Marshall College in Pennsylvania, said fracking opinions there fall on regional lines and the comments could hurt Biden’s efforts to cut into Trump’s support in southwestern Pennsylvania, where the industry is strong.

“Anything that the president can do to try to make sure he’s able to maintain the sizable advantage that he had in 2016 in these fracking areas, he’s going to do,” Yost said.

But Biden’s call to end subsidies for the oil and gas industry may be politically popular. Biden must try to thread the needle in explaining his calls for a transition away from fossil fuels without an outright ban, Yost said.

Improving technology and falling prices mean renewables already are making huge gains in the marketplace. Solar, wind and other clean energy will surpass coal and nuclear next year in the share of U.S. electricity they produce, the U.S. Energy Information Administration says.

Rich Fitzgerald, a Democrat and the county executive in Pennsylvania’s Allegheny County, said Biden expressed his views in an “inarticulate way” on the debate stage but called Trump’s efforts to capitalize on it a “desperation play.”

Royalties from a fracking project on land owned by the Pittsburgh airport in 2013 have kept the airport financially afloat, Fitzgerald said. Biden was supportive of that project and another large fracking-related project in a neighbouring county during his time as vice-president, Fitzgerald said.

He added that while natural gas is important to the regional economy, it’s not the only game in town.

“Is natural gas important to Western Pennsylvania? Certainly it is,” Fitzgerald said. “But it’s not everything we have.” 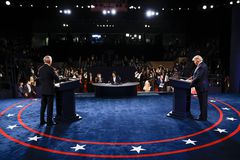 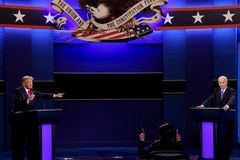 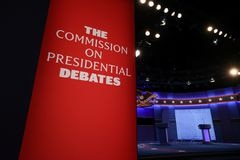