The Democrats’ historic boundary breakers joined forces Wednesday night at the party’s national convention, pleading urgently for Joe Biden’s diverse coalition to make whatever effort it takes to vote this fall rather than just complain about President Donald Trump.

Their overriding message: Your lives and democracy itself may be at stake.

“For four years, people have said to me, `I didn’t realize how dangerous he was.’ `I wish I could go back and do it over.’ Or worst, `I should have voted,”' Clinton said. “Well, this can’t be another woulda coulda shoulda election.”

She added: “Vote like our lives and livelihoods are on the line, because they are.”

Harris, a 55-year-old California senator, made a surprise appearance early in the program’s opening moments. She called on Biden’s supporters to have a specific “voting plan” to overcome the obstacles to voting raised by the coronavirus pandemic and postal slowdowns.

Harris was to deliver her full remarks later in the night following Obama in a political hand-off that could help shape the next generation of Democratic politics.

American democracy might not survive another four years of Trump, Obama warns in excerpts released in advance. He urges voters to “embrace your own responsibility as citizens – to make sure that the basic tenets of our democracy endure. Because that’s what is at stake right now. Our democracy.”

In remarks remarkable for their dismissiveness of a U.S. president by his predecessor, Obama declares, “Donald Trump hasn’t grown into the job because he can’t.”

Just 76 days before the election, Biden faces the difficult task of energizing each of the disparate factions that make up the modern-day Democratic Party – a coalition that spans generation, race and ideology. And this fall voters must deal with concerns over the COVID-19 pandemic that has created health risks for those who want to vote in person.

Biden leads many polls, but his supporters report being motivated far more by antipathy toward Trump than genuine excitement about Biden, a 77-year-old white man who has spent nearly a half century in politics.

Democrats hope that Harris and Obama in particular can help bridge the divide between those reassured by Biden’s establishment credentials and those craving bolder change.

The pandemic has forced Biden’s team to abandon the traditional convention format in favour of an all-virtual affair that has eliminated much of the pomp and circumstance that typically defines political conventions. It’s also produced opportunities to create new traditions, including a roll-call vote for Biden’s formal nomination featuring a video montage of activists in every state in the nation.

The Democratic convention will build to a finale Thursday night when Biden will deliver his acceptance speech in a mostly empty convention hall near his Delaware home.

Former Arizona Rep. Gabby Giffords reflected on her own journey of pain and recovery from a severe brain injury nearly a decade after being shot in the head while meeting with constituents. She urged America to support Biden.

“I struggle to speak, but I have not lost my voice,” Giffords said. “Vote, vote, vote.”

The convention featured several young climate activists, who praised Biden’s $2 trillion plan to invest in clean energy and to end carbon emissions from U.S. power plants by 2035, even though his proposals don’t go as far as their preferred “Green New Deal.”

Musician Billie Eilish, a self-described environmental activist, performed the song, “My future,” after warning viewers that, “Donald Trump is destroying our country and everything we care about.”

The president, who abandoned plans to host his convention in North Carolina and Florida, is expected to break tradition and accept his nomination from the White House lawn.

Trump spent much of this week hosting campaign events in battleground states in an attempt to distract from the Democrats’ virtual festivities. While he did not travel on Wednesday, the Republican president railed against Biden and his party at a news conference while praising a conspiracy theory group that claims Trump’s opponents have links to Satanism and child sex trafficking.

“We’re saving the world from a radical left philosophy that will destroy this country,” Trump said. “And when this country is gone, the rest of the world would follow.”

Hyperbole and praise for far-right extremists has become a hallmark of Trump’s presidency, which has inflamed tensions at home and alienated allies around the world.

Harris, in her prepared remarks, said the nation is at a critical point, struggling under Trump’s “chaos,” “incompetence”and “callousness.”

Clinton, four years after her own nominating convention, looked back at her 2016 loss to Trump and saids that by now it must be clear that American lives and livelihoods are at risk.

“For four years, people have said to me, `I didn’t realize how dangerous he was.’ `I wish I could go back and do it over.’ Or worst, `I should have voted,”' she said. “Well, this can’t be another woulda coulda shoulda election.”

Obama, who remains perhaps the biggest star in the Democratic Party, was delivering a live address ahead of Harris, from the Museum of the American Revolution in Philadelphia.

He hopes to serve as a bridge between those reassured by Biden’s lengthy resume and more moderate record, and a younger generation of Democrats agitating for more dramatic change.

Obama confidants say that the former president’s support for Biden is unequivocal, but he does worry about enthusiasm among younger voters, particularly younger voters of colour. Democrats concede that one of the reasons Trump won the presidency in 2016 was because those voters didn’t show up in the same large numbers as when Obama was on the ballot.

In excerpts of his remarks, Obama calls Biden his “brother.” He also savages the Trump presidency in a rare public rebuke from one president to his successor.

“I have sat in the Oval Office with both of the men who are running for president,” Obama says. “I never expected that my successor would embrace my vision or continue my policies. I did hope, for the sake of our country, that Donald Trump might show some interest in taking the job seriously; that he might come to feel the weight of the office and discover some reverence for the democracy that had been placed in his care.”

Beyond the carefully scripted confines of the virtual convention, there were modest signs of tension between the moderate and progressive wings of Biden’s Democratic Party.

In particular, some progressives complained that pro-Biden Republicans such as Ohio Gov. John Kasich have been featured more prominently than the party’s younger progressive stars like New York Rep. Alexandria Ocasio-Cortez.

Climate activists also complained that the party appeared ready to drop a provision in the platform that calls for an end to fossil fuel industry subsidies and tax breaks.

Sen. Elizabeth Warren, a favourite of progressives for demanding bold change, was expected to speak Wednesday night, but only for a few minutes.

It remains to be seen whether the unconventional convention will give Biden the momentum he’s looking for.

Preliminary estimates show that television viewership for the first night of the virtual convention was down compared with the opening of Hillary Clinton’s on-site nominating party four years ago.

Trump calls for boycott of Goodyear tires after company bans political attire in the workplace
August 20, 2020 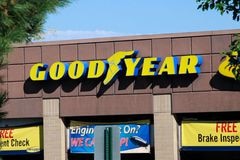 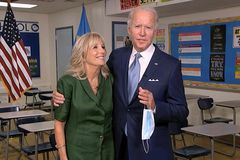 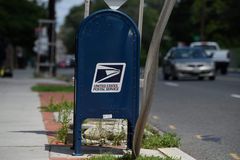