The political tumult in Virginia widened Thursday as the state Senate’s top Republican faced an onslaught of questions about racist photographs and slurs in a college yearbook that he helped oversee, transforming the Capitol’s nearly week-old crisis into a bipartisan reckoning over personal conduct.

The senator, Thomas Norment, who is the majority leader, was the managing editor of the 1968 Virginia Military Institute yearbook, which included slurs and images of students in blackface. Norment called the use of blackface “abhorrent” while pointing out that he did not take or appear in any of the photographs.

He said he was not surprised that “those wanting to engulf Republican leaders” in the controversies that have rocked Virginia Democrats “would highlight the yearbook from my graduation a half-century ago.”

As Norment sought to defuse the fresh controversy, Lt. Gov. Justin Fairfax, a Democrat, faced mounting calls from leading members of his party for an investigation into a woman’s allegation that he sexually assaulted her in 2004. Several high-profile Democrats, including some 2020 presidential candidates and members of Virginia’s congressional delegation, said they believed the woman’s account was credible.

The spiralling developments left Virginia bracing for a sustained stretch of upheaval as fears about the behaviour of leading government officials showed little sign of abating. Yet there were also increasing signs that the besieged officials, including Gov. Ralph Northam, who Saturday admitted to using blackface in 1984, and Attorney General Mark Herring, who made a similar acknowledgment Wednesday, would remain in their posts.

On Thursday night, the Virginia Legislative Black Caucus, which had not spoken collectively about the allegations against Fairfax or the blackface admission by Herring, issued a statement that may help the attorney general salvage his job. The black lawmakers praised Herring’s “candour” but said “we await further action on his part to reassure the citizens of the Commonwealth of his fitness for leadership.”

Regarding Fairfax, they called the charges against him “troubling” but said that he deserved due process and that they would monitor the matter closely “and act accordingly.”

Northam, who has been out of public view since Sunday, called Fairfax and Herring on Thursday. It was the first conversation between the governor and the lieutenant governor since Saturday, and a Democrat familiar with the call said the two embattled state officials said they were praying for each other.

Fairfax appeared to be in the gravest political peril, in part because he is the only official to have been accused of a possible crime. He has not been charged and has strenuously denied wrongdoing, but support for Fairfax, who just last week appeared poised for an imminent ascendance to the governor’s office, was tenuous.

Virginia’s congressional Democrats met privately for about 40 minutes in Sen. Tim Kaine’s office Thursday, and an official directly familiar with the discussion said Fairfax’s standing with the delegation is “deteriorating.”

Some of the Democratic women newly elected to the House expressed anger at the way Fairfax has handled the claims levelled against him by Vanessa Tyson, a college professor from California, and particularly reports that he used vulgar language in a private meeting with state Senate Democrats to describe her claims (Fairfax denies he referred to Tyson with an expletive).

But some of the African-American members of the delegation complained that Fairfax was being held to an unfair standard because of racial stereotypes about angry black men.

Shortly before 8 p.m., Virginia’s entire Democratic congressional delegation released a statement that was similar to that from the legislative black caucus.

Herring “must stand ready to answer questions from the public if he is to regain their trust,” the lawmakers said.

They added that they were “deeply disturbed” by the claims against Fairfax. “We believe these allegations need to be taken very seriously, and we respect the right of women to come forward and be heard,” they said.

The party’s presidential candidates, treading cautiously at the intersection of race and gender, are not going that far, instead publicly calling for an investigation and privately hoping more facts will emerge to lend clarity to the episode.

“I thought her story was deeply disturbing and credible so there must be an investigation,” Sen. Kirsten Gillibrand of New York, a 2020 candidate who was one of the first major Democrats to call for the ouster of former Sen. Al Franken, said on a Crooked Media podcast Wednesday night.

Sen. Kamala Harris of California, another presidential hopeful, called Tyson’s claims “credible” and said there should be an inquiry.

In a 2 1/2-page statement Wednesday, Tyson provided an exhaustive account of her encounter with Fairfax in 2004, saying that he had forced her to perform oral sex on him.

“I never gave any form of consent,” Tyson said.

Fairfax has suggested that Tyson misrepresented what occurred but called for her to “be treated with respect.” On Thursday, the lieutenant governor, who has regularly stopped to speak with reporters in recent days, rushed through the state Capitol. Ignoring questions about Tyson, he said only that he was headed to a Senate session and that he had spoken with Northam.

It was only hours later that a new prong of the state’s scandal rattled the Capitol, after The Virginian-Pilot reported that Norment, a state senator since 1992, had served as the managing editor of a VMI yearbook that showed racist imagery. Pages from the book that were viewed by The New York Times showed students in blackface and included slurs against African-Americans, Asians and Jews.

Norment sought to distance himself from the pictures.

“As one of seven working on a 359-page yearbook, I cannot endorse or associate myself with every photo, entry or word on each page,” Norment said.

The disclosures about Norment marked the second time in about a day – and the third time since Friday – that a powerful state official faced scrutiny about the use of blackface. But in Richmond and Washington, Herring was being credited for how he navigated his own past mistake, even though he failed to mention his history when he called for Northam’s resignation last week.

Speaking to reporters Thursday, Kaine praised Herring for his contrition and his candour with black legislators, to whom he first revealed his use of blackface.

“He reached out to each of us individually, very apologetic, he is in dialogue with the legislative black caucus and African-American leadership in the state and they have been impressed with his sincerity while they’ve been very disappointed with what happened,” Kaine said.

Republicans, however, were suspicious that the forbearance being offered Herring also owed to a political calculation: the Republican-controlled Legislature would be able to appoint the attorney general’s successor were he to resign while the General Assembly is in session.

For their part, beleaguered Democrats in Richmond largely avoided questions about the fate of their executive branch as they ducked in and out of a Capitol that is now filled with state and national television crews.

Rising on the floor of the House of Delegates, Delegate Eileen Filler-Corn, the minority leader, acknowledged that “the past few days have been incredibly difficult and painful for us personally and for the Commonwealth of Virginia” but did not address any of the transgressions.

The torrent of missteps has left officials who so far are untainted answering questions about whether they have misconduct in their past that has not yet been disclosed.

“I have never been in blackface, unequivocal,” Kirk Cox, the Republican speaker of the House of Delegates, said not long before Norment’s yearbook became the latest subject of statehouse controversy.

Even as calls for his resignation have become more muted, Northam faced renewed public pressure Thursday from the Rev. Al Sharpton, the civil rights leader who appeared at Virginia Union University, a historically black college, for a hastily arranged discussion.

“If you sin, you must repent for the sin,” said Sharpton, who wants Northam and Herring to resign.

Northam, who remained out of sight again Thursday, has been urgently trying to repair his frayed ties with African-American supporters who had been crucial allies on the campaign trail and in the Capitol. He has hired a Washington-based communications firm led by African-Americans, and this week he invited two leaders of the Southern Christian Leadership Conference to the Executive Mansion.

“He actually called me and said he’d just like to talk to me,” Charles Steele, the group’s president, recounted Thursday. The discussion that came of that invitation, Steele said, was “professional and polite,” and Steele hoped that the governor would enter into a longer process of reconciliation.

“The governor still has to make a decision,” said Steele, who had previously urged Northam to resign. “I’m offering him the opportunity of a reconciliation.” 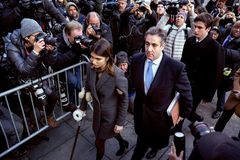 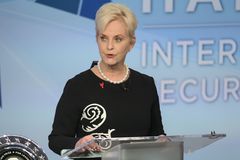 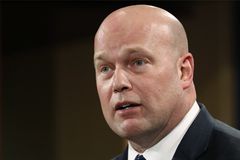