The photograph is stark. A person in blackface stands next to someone dressed as a Ku Klux Klan member. This image, on the medical school yearbook page of Virginia Governor Ralph Northam, was uncovered last week and ignited a firestorm.

At first, Mr. Northam admitted that he was one of the people in the 1984 photo, but would not specify which. Then, he reversed himself at a bizarre press conference. He was not in the yearbook image, Mr. Northam insisted, but he had donned blackface on a different occasion to impersonate Michael Jackson in a dance competition. He even looked set to perform Mr. Jackson’s famed moonwalk for reporters before his wife intervened to stop him.

Mr. Northam faced widespread calls to resign, which would put Lieutenant-Governor Justin Fairfax in charge. Then, a California university professor came forward to allege Mr. Fairfax had forced her to perform oral sex on him in a Boston hotel room during the 2004 Democratic National Convention. On Friday, a second woman accused Mr. Fairfax of sexual assault, when both were university students.

If both Mr. Northam and Mr. Fairfax quit, the governorship would fall to Attorney-General Mark Herring. But Mr. Herring, it turned out, had an admission of his own to make: He had also partied in blackface in the 1980s, dressing up as rapper Kurtis Blow one Halloween.

The revelations have cast a spotlight on entrenched racism in a city that was the Confederate capital during the Civil War. They have also caused a crisis for the ruling Democrats. If Mr. Northam, Mr. Fairfax and Mr. Herring, all Democrats, were to simultaneously resign, Republican House Speaker Kirk Cox would ascend to the governorship. But if the trio remains in office, it could seriously damage a party that purports to fight for racial and gender equality.

For some black activists, the exposure of Mr. Northam and Mr. Herring catalyzed a complaint they already had with the Democrats: The party relies heavily on their support at election time – 88 per cent of black voters cast a ballot for presidential candidate Hillary Clinton in 2016 – but doesn’t do much for them after the ballots are marked.

“They come swarming into the black community, they get the NAACP to rally them up,” Japharii Jones, who organized canvassing teams for the party in the 2017 state elections, told a rally outside the legislature Thursday evening. “As soon as it was time to come back to those communities you campaigned so hard for, you got to talk to one, two, three, four secretaries. Why is that?”

Roughly 100 demonstrators gathered around a large black coffin, representing their desire to bury racism in the Democratic Party, at dusk on the spring-like evening. Bearing tea lights and singing We Shall Overcome, they carried the casket past the legislature – a white building designed by Thomas Jefferson, a slave owner who was the third U.S. president, to resemble a Roman temple – and took it to the gate of the governor’s mansion.

“It’s a really sad day for a lot of us. We thought this blue wave was coming,” said Omari Al-Qadaffi, a community organizer. “We need for a lot of people standing right here to be the next generation, and not be making these deals to say ‘Oh, we know you were in blackface a long time ago, but we’re going to excuse that, we’re just going to keep that under wraps so I can get my career ahead.’ ”

Democratic state legislators seemed unsure how to respond. Earlier Thursday, most refused to speak with reporters as they arrived for a caucus meeting. Some entered the Capitol through a back door opposite a statue of Confederate general Stonewall Jackson.

“After the shock, everything has basically been ‘let me see how this process plays itself out,’ ” Senator Joe Lindsey said. Asked whether all three top state Democrats should step down, he said: “I really have to get to caucus.”

Ravi Perry, chair of the political science department of Virginia Commonwealth University, said the three men should leave office. They could stagger their departures to ensure the governorship remains in Democratic hands: If Mr. Fairfax stepped down first, for instance, Mr. Northam could appoint an interim lieutenant-governor to ascend to the governorship once Mr. Northam resigned.

Prof. Perry contended that it is particularly important their behaviour meet with consequences in the presidency of Donald Trump, when the country’s most powerful politician has normalized bigotry.

The GOP, for its part, saw the scandal as an opportunity to take back a once-red state that has become reliably blue over the last decade.

E.W. Jackson, a Republican who lost the 2013 race for lieutenant-governor to Mr. Northam, said Democratic efforts to remove Confederate monuments in recent years have made the revelations about Mr. Northam and Mr. Herring particularly difficult for the party to weather.

“The Democrats have done immense damage to their relationship with black voters,” Mr. Jackson, who is black, said on the sidelines of an anti-abortion rally at the legislature. “Let’s remember the history. Let’s learn from it. But let’s not with a broad brush smear everyone, which is why they’re in so much trouble now.”

To others, the revelations were a reminder of how unbridged the country’s race divides remain. This is particularly evident in Richmond, where Monument Avenue – a prominent boulevard with statues of Confederate leaders in the middle – is a symbol of official reverence for men who took up arms to preserve slavery.

“We look back at the late 20th century with rose-coloured glasses because we tell the story of the Civil Rights movement as a triumph narrative. We forget that people resisted it,” said Julian Hayter, an expert in African-American history at the University of Richmond. “We haven’t really had any racial reconciliation because there’s no acknowledgement of this tortured racial history.” 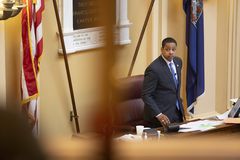 Political crisis in Virginia grows for Democrats and Republicans
February 7, 2019 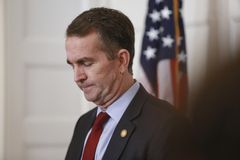 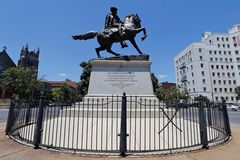