The rumbling heard and felt across the United States is the shifting of massive political tectonic plates.

The Russia issue, as it is known in Washington, is not taking a summer holiday – and the effect can be felt among three vital elements of the American political system, all in dramatic transition: President Donald Trump’s political base, the Republican legislative caucus on Capitol Hill, and the broader group of Republican voters.

The President’s shifting posture on his relationship with Russia — first exculpating President Vladimir Putin of involvement in the 2016 election, then pointing the finger at Russia as the guilty party and finally curling back that accusatory finger — only underlines how preoccupied Mr. Trump is with the various investigations that have the potential of undermining his presidency.

On Sunday, Senator Marco Rubio of Florida, one of Mr. Trump’s last surviving rivals for the 2016 GOP presidential nomination, said the conflicting messages at and after the Finland summit were ‘’not a good moment for the administration.’’ Representative Trey Gowdy, the South Carolina Republican who heads the powerful House Oversight Committee, said Mr. Trump missed "a really good opportunity to distinguish the United States from any other country, but especially from Russia.’’

There is no sign that the week ahead will provide much comfort for the White House.

To be sure, Mr. Trump’s awkward performance at the Helsinki press conference, followed by his jury-rigged double-negative explanation, only served to harden the resolve of his base, which regards attacks on the White House as further evidence of the stubborn obstacles facing the President as he seeks to drain the Washington swamp of liberals, obstructionists, careerists, and never-Trumpers.

But the summit unnerved Mr. Trump’s putative Capitol Hill allies — who, as their appearances on the Sunday political shows demonstrated, were less reluctant than ever to air the qualms they have suppressed in public for months. Moreover, it spawned new waves of worry among Republican voters, many of whom are more congenial to the GOP establishment than the Trump true-believers.

The true impact of the Russia issue will be evident in the critical mid-term elections that will decide the fate of the Senate and the House, both currently controlled by Republicans. After Helsinki, the White House is dreading an unfavourable outcome.

If the Democrats take one or both chambers in the November balloting, the nature of the congressional investigations into the Russia election-meddling question, now conducted by Republicans, will change substantially, and in ways the White House trembles to contemplate.

A Democratic takeover in even one of the houses of Congress will mean dramatic changes in the committees that have jurisdiction over the probes. The transfer of committee chairmen, from Republican to Democrat, would be significant on its face. But the balance of power in the committees also would be altered — from GOP majorities to Democratic majorities — transforming potential political acquittals of Mr. Trump into possible formal accusations against the President. And the replacement of committee staffers sympathetic to the White House with staffers hostile to it — another consequence of a Democratic majority on Capitol Hill —would change the tone and timbre of the proceedings.

Plus this: The White House knows that the committees, now safely under Republican control, possess subpoena power, and a newly empowered Democratic leadership and an aggressive Democratic staff would not be reluctant to use it. That is the sum of all fears for the Trump team.

One of the few certainties as the mid-terms approach is that the Trump base will not bolt and back GOP candidates who will not support the President and his legislative agenda. It is also certain that Republican officeholders will seek to mollify Trump supporters in their states and congressional districts even as they profess independence from the White House.

But the great uncertainty is what the broader group of Republicans—those in farm states and industrial areas, where the Trump tariffs will endanger the local economy, along with moderate Republicans and traditional conservatives who support some Trump initiatives but deplore his personal behaviour — will do in November. That, above all, could determine control of Capitol Hill — and the fate of the President.

As those tectonic plates shift, the President has not yet put to rest questions about his performance in Finland.

On Fox News Sunday, Mr. Gowdy urged Mr. Trump to listen to the U.S. intelligence officials who have concluded that Russia was involved in the 2016 election rather than to disparage them. ‘’The President either needs to rely on the people he has chosen to advise him or those advisers need to re-evaluate whether or not they can serve in this administration,’’ Mr. Gowdy asserted, ‘’but the disconnect cannot continue.’’

Nor can the disconnect between the President’s performance and the anxieties of Republicans like Messrs. Gowdy and Rubio on Capitol Hill. Their comments may be on the Russia issue of 2016, but their concerns are focused on the mid-term elections of 2018. 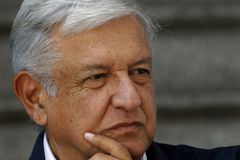