The President of the United States, one of the most protected people on the planet and among the least accessible to the public, would seem to be a long-shot target for a prank caller looking to have some fun.

But President Donald Trump, who likes to field his own telephone calls and prefers spontaneity to protocol, is a different breed. So on Wednesday, when a radio shock jock and comedian dialled the White House switchboard impersonating a senator’s aide, he found himself – in between barely suppressed giggles and off-colour jokes with his producer – patched through to Trump on Air Force One.

The result was an impromptu six-minute conversation on immigration and the Supreme Court between the president and the radio host and comedian John Melendez, known to his listeners as “Stuttering John.”

As far as Trump knew, he was taking a call from Sen. Robert Menendez, D-N.J., who seemed to have an urgent legislative matter he wanted to raise.

“Congratulations on everything – we’re proud of you,” Trump said by way of a greeting, apparently alluding to the real Menendez’s recent acquittal on corruption charges and a subsequent decision by the Justice Department not to pursue additional ones. “You went through a tough, tough situation, and I don’t think a very fair situation.”

He was actually speaking with Melendez, who had called the White House switchboard, affected a British accent and identified himself as Sean Moore (“S-E-A-N, as in Sean Connery, and Moore, as in Roger Moore”), an aide to Menendez who, he claimed, badly needed to speak to Trump.

White House officials did not respond Friday to requests for comment on how the prankster had been allowed to get through to the president. But Melendez’s profanity-laced podcast indicates that the process was surprisingly easy.

The White House operator can be heard telling Melendez that the president was in Fargo, North Dakota, and unreachable. But when Melendez insisted that Trump had said he would speak to Menendez, the operator, somewhat reluctantly, said she would try to connect him.

“I don’t know how I’m going to do this,” the operator said with a heavy sigh. She suggested she would contact Trump’s assistant but then decided to try to transmit the call “through Signal,” a reference to the White House Communications Agency, originally known as the White House Signal Corps, which provides emergency mobile communications for the president wherever he goes.

The next audible voice is the signal officer, who can be heard telling Melendez that the president was onstage at his rally in Fargo and would have to call back.

When he was a private citizen, Trump frequently called in to shock jock Howard Stern’s bawdy radio program – the same one that made Stuttering John, Stern’s sidekick on the show for more than 15 years, famous – and engaged in salty banter. But Melendez was plainly shocked at the president’s willingness to take his call in this case.

“I don’t even think they’re going to call me,” Melendez told his producer at one point, as he waited for the call from Trump.

The White House operator did call Melendez back at one point to verify that he was who he said he was, asking whether he was calling from a cellphone and why it appeared to be from a California area code. Posing as Moore, the senator’s aide, Melendez said he was on vacation.

Later, Melendez said he received a call from Jared Kushner, the president’s son-in-law and senior adviser, arranging a callback time for him and the president and asking what topic he would like to raise with Trump.

When a mobile communications officer did call back and put Trump on the line, Melendez played the part of the senator, although his voice sounded nothing like Menendez’s. But he barrelled forward as he engaged Trump in a discussion about what he should say to his constituents in New Jersey about the Trump administration’s immigration policies that have led to migrant families being separated at the southwestern border.

“What could I tell them that you’re going to do in moving forward?” Melendez asked.

Trump responded, as he has before, that he would like to pass a broad immigration bill, which he said would be good for both parties.

Melendez then raised the retirement of Justice Anthony Kennedy from the Supreme Court and asked whether Trump would consider naming a moderate rather that a conservative.

“I have a big list of people, Bob, and we’re going to take a look at it,” Trump replied, adding that he hoped to make a selection in 12 to 14 days. On Friday, he confirmed that timetable publicly and told reporters to expect an announcement July 9.

The prank did not become public until Thursday afternoon, after Melendez posted the news on Twitter. “Tune into my new Podcast where I prank call the President & he calls me from Air Force One!” Melendez wrote. A short time later he tweeted out the audio. Neither tweet got much traction at first, which frustrated Melendez.

“I find it astounding that the news media’s not picking up the fact that I totally duped the President & got in touch” with him “in less than 2 hours while he was on Air Force One,” Melendez wrote Thursday night.

The Daily Mail finally noticed on Friday, followed quickly by BuzzFeed News, and soon enough the story had generated a chyron on CNN: “Who’s Calling?” 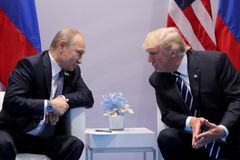 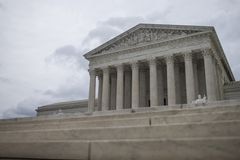 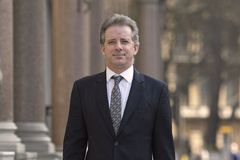