Firing back, a quartet of Republicans from border states told the same panel that Democrats weren’t doing anything to ease the crisis and blamed them for posturing that one said was aimed at “Twitter followers and cynical politics.”

Friday’s House Oversight and Reform Committee hearing offered a microcosm of the nation’s red-blue chasm and, perhaps, a chance for each side to vent. But ultimately, it underscored each party’s starkly warring views about Trump’s hard line anti-immigration policies, suggesting they’re destined to be a leading issue for the 2020 presidential and congressional campaigns.

The hearing came as the number of families, children and other migrants entering the U.S. from Mexico has surged above 100,000 monthly since March, overwhelming federal agencies’ ability to detain them in sanitary conditions or move them quickly to better housing. It also came days before Trump-ordered nationwide raids targeting people in the U.S. illegally are expected to begin, according to administration officials and immigrant activists, actions that would further inflame the issue.

Before Friday’s session began, panel Chairman Elijah Cummings, D-Md., released a report providing new details on 2,648 of the children the Trump administration separated from their families last year before abandoning that policy under widespread pressure. Unknown numbers of others were also separated.

The report, based on data the panel demanded from federal agencies, found that 18 children under age 2 – half who were just months old – were kept from their parents up to half a year. Hundreds were held longer than previously revealed, including 25 kept more than a year, and at least 30 remain apart from their parents.

The figures reflect “a deliberate, unnecessary and cruel choice by President Trump and his administration,” the report said.

Congress approved $4.6 billion last month to help improve conditions, and Trump signed it into law. But that measure angered liberals who felt it fell short of requiring better treatment of migrants, prompting internal frictions that have yet to fully play out.

Rep. Alexandria Ocasio-Cortez, D-N.Y., the 29-year-old progressive icon, was among the four freshman Democrats who testified. After being sworn in at her request – a practice the committee generally eschews for fellow lawmakers and seemed a taunt at dubious Republicans – she described migrant women telling her they had to sleep on the concrete floor and drink from the toilet because their cell’s sink was broken.

“I believe these women,” she said. “What was worst about this was the fact that there were American flags hanging all over these facilities, that children were being separated from their parents in front of the American flag,” she said.

Rep. Rashida Tlaib, D-Mich., was near tears as she displayed a picture of what she said was a 7-year-old Guatemalan girl – the same age as her son – who died in U.S. custody. She blamed harsh policies “intentionally and cruelly created by a Trump administration dead set on sending a hate-filled message that those seeking refuge are not welcome in America.”

Trump could not resist responding. He told reporters without evidence that Ocasio-Cortez’ account of women being told to drink from a toilet was “a phoney story she made it up.” He also said border patrol agents “love those people coming across the border. They love them and I’ve seen it.”

Rep. Chip Roy, R-Texas, mocked Democrats’ trip to the border, accusing them of standing “next to an empty parking lot while making up hyperbole for clips, Twitter followers and cynical politics.” Ocasio-Cortez has 4.7 million Twitter followers.

He said by not toughening immigration laws, House Democrats have “created the very magnet” that attracts migrants to the U.S. and said the chamber “cowardly sits in the corner, doing nothing” to address the problems that result.

Last week a report by the Department of Homeland Security’s inspector general found that many children held at some Texas border facilities faced clothing shortages and a lack of hot meals, while some adults were held for a week in a cell so crowded they had to stand.

The House will soon vote on one bill by Rep. Veronica Escobar, D-Texas, tightening oversight of the Homeland Security Department and another by Rep. Raul Ruiz, D-Calif., establishing care standards for seized migrants. Senate Democrats have introduced their own legislation curbing family separations and setting health and treatment standards.

Also testifying Friday were Escobar and Rep. Ayanna Pressley, D-Mass., who said federal treatment of migrants has “exceeded a level of degradation we should be ashamed is occurring on American soil.”

Ocasio-Cortez to bring Kavanaugh critic to Trump’s State of the Union
February 4, 2019 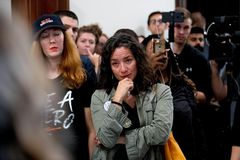 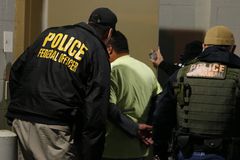 California extends health benefits to migrants in U.S. regardless of immigration status
July 9, 2019 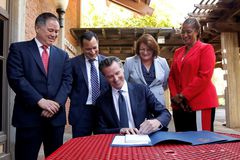 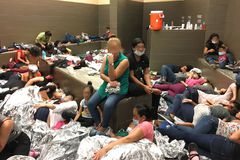