Senior law enforcement officials intervened to seek a more lenient prison sentence for U.S. President Donald Trump’s friend and ally Roger Stone for political reasons, a former prosecutor on the case is expected to testify before Congress on Wednesday, citing his immediate supervisor’s account of the matter.

“What I heard – repeatedly – was that Roger Stone was being treated differently from any other defendant because of his relationship to the president,” said the prosecutor, Aaron Zelinsky, in a written opening statement submitted Tuesday to the House judiciary committee ahead of Wednesday’s hearing. A copy was obtained by The New York Times.

Mr. Zelinsky will say that a supervisor working on the case told him there were “political reasons” to shorten prosecutors’ initial sentencing guidelines and that the supervisor agreed that doing so “was unethical and wrong.” Mr. Zelinsky said he and his fellow prosecutors raised concerns in writing and in conversation, but his “objections were not heeded.”

Mr. Zelinsky did not say in his written statement whom he was referring to. Attorney-General William Barr directed the intervention days after he manoeuvred the Senate-confirmed U.S. attorney for the District of Columbia, Jessie K. Liu, out of her role and installed in her place as acting U.S. attorney a close aide from his own office, Timothy Shea.

Mr. Zelinsky plans to say that he was told that Mr. Shea “was receiving heavy pressure from the highest levels of the Department of Justice to cut Stone a break” and complied because he was “afraid of the President.” Mr. Zelinsky is expected to testify that he and other line prosecutors were told the case was “not the hill worth dying on” and that they could lose their jobs if they did not fall in line.

Mr. Zelinsky and three fellow prosecutors ultimately withdrew from the case in protest, after department officials overrode their recommendation that Mr. Stone receive seven to nine years in prison, in line with standard guidelines. The officials submitted a new, more lenient recommendation to the judge meting out Mr. Stone’s punishment.

Mr. Zelinsky, a prosecutor in Baltimore, had been detailed to Washington to continue work on the Stone case that was begun while he worked for special counsel Robert Mueller. While Mr. Zelinsky worked on the case while he was assigned to the Washington office, he never met with Mr. Shea or discussed the case with him, according to two people familiar with internal conversations about the Stone case.

Mr. Stone was convicted of seven felonies committed in an effort to impede a congressional inquiry that threatened Mr. Trump. He was sentenced in February to 40 months in prison and is due to report at the end of this month, although he has said he is seeking a delay because of the COVID-19 pandemic.

Judiciary committee Democrats convened the meeting to spotlight what they say is inappropriate politicization of the federal justice system by Mr. Barr.

Mr. Zelinsky is expected to be joined by another current Justice Department employee, John Elias, a senior career official in the antitrust division, who will tell the committee that under Mr. Barr’s leadership, other department actions that have received significantly less attention have also been torqued. Democrats have portrayed both men as whistle-blowers who are covered by laws protecting civil servants who share information with Congress.

According to Mr. Elias’s written opening statement, he will accuse the department of inappropriately using its antitrust power to investigate 10 proposed mergers and acquisitions in the marijuana industry because Mr. Barr “did not like the nature of their underlying business.” A copy of the statement was also obtained by the Times.

The reviews consumed a large amount of the division’s resources, he said, and document demands imposed a heavy burden on the companies, which – over career staff objections – were forced to produce hundreds of thousands of pages that the department in some cases did not even look at.

At least one merger fell through and stock prices fell as a result, he said, even though there was never a justification in competitiveness analysis – like whether the companies trying to merge would have too much market share – for using antitrust powers to essentially harass the firms.

Elias said that after division staff expressed concerns, the head of the division, Makan Delrahim, held an all-staff meeting in September and “acknowledged that the investigations were motivated by the fact that the cannabis industry is unpopular ‘on the fifth floor,’ a reference to Attorney General Barr’s offices in the DOJ headquarters building.”

He added: “Personal dislike of the industry is not a proper basis upon which to ground an antitrust investigation.”

Elias’ statement also portrayed an antitrust review of a deal struck by four major automakers with the State of California to voluntarily continue to improve fuel efficiency and reduce emissions on new cars, despite the Trump administration’s rollback of federal standards as politically motivated rather than grounded in the facts and the law.

Trump had attacked the deal on Twitter, and the division began its review without going through normal procedures, Elias said.

“The day after the tweets, antitrust division political leadership instructed staff to initiate an investigation that day,” he wrote.

Asked for a response, another Justice Department official familiar with the inquiry argued it was opened because of news reporting that the companies had come to an arrangement between themselves, which created potential antitrust concerns, not because Trump was angry.

Elias also said the department had all the information it needed to close the investigation without action in November, but “the political leadership” then asked them to examine California’s announcement that it would only buy cars that met the standards – a dubious basis for an antitrust inquiry, he said, since the state buys fewer than 2,700 vehicles a year, a tiny slice of the market – to keep the inquiry going until February.

While the testimony from the two current Justice Department officials about inside deliberation is expected to be the centrepiece of the hearing, the panel will also take testimony from two former Republican Justice Department officials from previous administrations – Donald Ayer, who was deputy attorney general under President George Bush, and Michael Mukasey, who was attorney general under President George W. Bush.

Ayer has been an outspoken critic of Barr, whom he served alongside. Republicans on the committee invited Mukasey.

The hearing comes amid a swirl of new questions about Barr’s actions atop the department, after he last week abruptly pushed out the federal prosecutor in Manhattan who has led several investigations into Trump’s associates. The prosecutor, Geoffrey S. Berman, initially and publicly resisted Barr’s pressure to step aside, prompting a furor among Democrats and former Justice Department officials who warned that the White House was trying to force him out because he continued to pursue sensitive cases that irked Trump.

The Judiciary Committee is in talks with Berman, but he is not expected to appear Wednesday.

Democrats may subpoena Barr as soon as this week to testify. The attorney general and House Democrats have a long, difficult history going back to his handling of the Mueller report. Democrats have accused Barr of corrupting the department at Trump’s behest, infusing partisan politics into key investigations and policy decisions.

Barr has never testified before the panel, which conducts oversight of the Justice Department. Earlier attempts to schedule hearings either ended in disputes over the terms or, in one case, because of the spreading coronavirus pandemic. Even if the House issued a subpoena, chances are high that this time would be no different. Barr has said he is not free to testify as long as the pandemic is raging, and his department has a history of simply defying certain Democratic subpoenas. 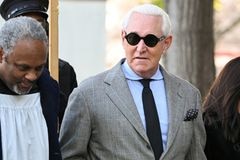 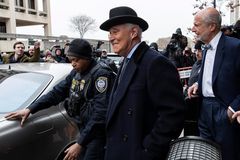