Senators from both parties criticized a nominee for a federal appeals court for declining to answer questions Wednesday about his work in the Trump White House and Education Department.

At a Senate Judiciary Committee hearing, Menashi refused to answer questions from Democratic Sens. Dianne Feinstein of California and Dick Durbin of Illinois about his work on immigration issues, including a policy to separate migrant children from their families at the U.S.-Mexico border.

Feinstein, the committee’s top Democrat, called Menashi’s refusal to answer unprecedented, adding that “his attempts to hide his record raise serious questions about his fitness for the federal bench.”

Said Durbin: “I really don’t understand the purpose of this hearing if the nominee before us cannot answer a basic question about his personal values.”

Sen. John Kennedy, R-La., told Menashi that while he is “a really smart guy,” he needs to answer questions from senators. “This isn’t supposed to be a game,” he told Menashi.

Menashi said he understood the senators’ frustration, but said he could not answer questions about his White House work, citing confidentiality concerns.

Feinstein questioned that, saying other judicial nominees who worked for previous presidents had answered general questions about the nature of their work.

Menashi’s nomination was already controversial because of his past writings, including some in which he assailed “leftist multiculturism” and accused gay rights groups of exploiting the 1998 murder of gay student Matthew Shepard.

Menashi also has drawn criticism for his work on immigration with White House adviser Stephen Miller and at the Education Department, including on a policy that offered new guidance on investigating campus sexual assaults. Critics say the change allows schools to apply a tougher standard of evidence for sexual violence than other civil rights cases and violates Title IX, a federal law forbidding discrimination based on sex in education.

Protesters disrupted the Senate hearing, shouting “Title IX is on the line.”

Sen. Josh Hawley, R-Mo., said Menashi was being held to an unfair standard, and the senator bemoaned “unusually vicious and personal attacks” against the nominee by liberal critics.

“Are you an advocate for racial purity?” Hawley asked Menashi, citing what Hawley called unfair criticism of Menashi over an article he wrote declaring that Israel can be both a Jewish state and a liberal democracy.

“No, senator, I absolutely am not,” Menashi answered, calling himself an advocate of religious tolerance. Menashi, who is Jewish, said members of his family were driven out of Iraq and Ukraine because of their religion.

Religious-based criticism of him is “hurtful” and misrepresents what he wrote, Menashi said.

Democratic Sens. Chuck Schumer and Kirsten Gillibrand of New York denounced Menashi, saying in a joint statement that his “long, disturbing record” shows “he is the wrong candidate to serve” on the 2nd Circuit.

As the top lawyer at the Education Department, Menashi played a crucial role in executing Education Secretary Betsy DeVos’ agenda “to make it harder for campus sexual assault victims to seek justice, provide federal funding to schools that discriminate against LGBTQ students, roll back civil rights investigations and undermine critical protections for student borrowers who were defrauded by their institutions,” the senators said. 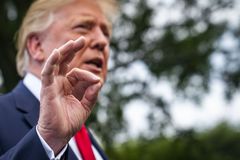 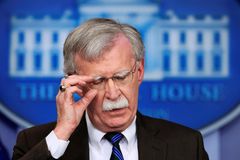 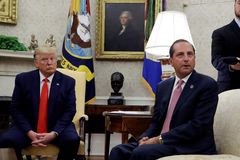