Do not adjust your television set. The panel of Democratic presidential candidates in Thursday night’s debate actually does lean to the left.

The 10 Democratic White House aspirants appearing in Houston include one senator who describes himself as a democratic socialist, four of the most liberal members of the Congress, an entrepreneur who wants to give every American US$1,000 a month, and a member of Barack Obama’s cabinet who is open to providing reparations to the descendants of America’s enslaved.

That parade of candidates, along with two others and Joe Biden, Mr. Obama’s vice president, in many ways is an accurate representation of where the Democratic Party is today, three years into the Donald J. Trump era in Washington. Is the principal goal of the Democrats to defeat Mr. Trump, or is it to win long-desired political goals such as a Canada-style health-care plan?

Some Democrats believe that both can be accomplished at once. Others worry that the party is out of touch with moderate voters and is handing the President a playbook.

Among the candidates not in Thursday’s debate are Senator Michael Bennet of Colorado, who opposes a single-payer health scheme; Representative Tim Ryan of Ohio, who opposes the Green New Deal plan, which would restructure the American economy as it fights climate change; former Representative John Delaney of Maryland, who was booed at a California Democratic convention for opposing a Medicare-for-All health plan; and Governor Steve Bullock of Montana, a middle-of-the-road Democrat and the only 2020 candidate to win a statewide election in a state that Mr. Trump carried.

These four are considered moderates, and none will be heard in Houston.

The reason: The rules the Democratic Party set out for debate participation – fundraising performance and voter support of 2 per cent in four eligible public-opinion polls – have the inadvertent effect of welcoming more progressive candidates and excluding more moderate ones. As a result, Thursday’s session will not feature comments like Mr. Delaney’s remark that a Canada-style health plan is “political suicide that will only get Trump re-elected.”

The Democrats – some pragmatics, some ideologues – are of two minds about how this has turned out. The Republicans are not. The more left the Democrats lean, the happier Mr. Trump is.

“It would be easier for him to win re-election when the Democrats are so far from the center that they would need X-ray glasses to get back there,’’ said Frank Luntz, a top GOP pollster. ‘’It will be a great moment for Republicans when they all raise their hands to offer free health care to those who came to America illegally, because I don’t think Americans want to pay the world’s healthcare bills.”

Even so, there may be some elements of the struggle between the pragmatics and the ideologues in Houston. For the first time, Mr. Biden and Senator Elizabeth Warren of Massachusetts are on the same debate panel.

That alone will change the internal physics of the session. In the past sessions, liberals such as Senators Kamala Harris of California and Cory Booker of New Jersey have assailed Mr. Biden for his views on race (his skepticism about busing to desegregate public schools) and crime (his support of a 1990s measure that led to the incarceration of more African Americans). With Ms. Warren on the panel, the attacks almost certainly will continue, but the topics likely will change.

The onetime mainstream lawmaker and the onetime Harvard professor have close personal relations – the one considered adding the other to his national ticket if he were to mount a White House campaign in 2016, which he eventually declined to undertake – but they have vastly different views on issues of commerce. Mr. Biden served in the Senate from Delaware, where American corporations customarily incorporate themselves and which also is the home of the major American credit card companies. As the protector of both U.S. companies and the issuers of credit cards, Mr. Biden repeatedly has clashed with Ms. Warren, who made her name in American public life as a consumer crusader and a critic of U.S. bankruptcy laws.

Even so, some of the Democrats dismiss the concerns about the left-leaning posture of the party and urge Democrats to forge ahead without regard to the Republicans’ criticism. 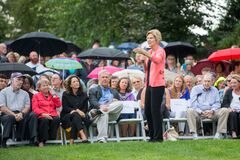 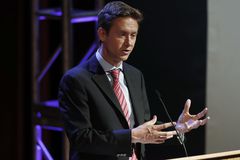 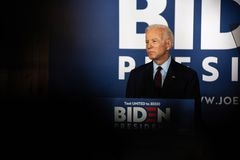