For months the Democrats have been united, mobilized, determined, focused. Horrified by Donald Trump’s domination of American politics, frustrated by the Republicans’ domination of all three branches of American politics, powerless to affect the course of events, they poured their energies, efforts and hopes into the midterm congressional elections.

Now that – in what they inevitably will portray as a countrywide referendum on the policies, style and rhetoric of Mr. Trump – they have fulfilled their one unifying goal, they face an enormous new challenge for which there are few signs they are prepared: what to do with that 218-plus seat majority in the House of Representatives?

The last such desperate lunge for power – the Republicans’ 1994 insurgency that overturned a four-decade Democratic domination of the House – came with a specific manifesto for action. Under the insurgent Representative Newt Gingrich of Georgia, the GOP had proclaimed a ‘’Contract with America’’ that set forth specific policy goals and a series of dramatic overhauls of the way Capitol Hill operated. It was, in short, a revolution, and it was planned in advance.

Now the Democrats’ counter-revolution against Mr. Trump and the upheaval he has fomented across Washington has given them some measure of power with no such blueprint, no clear leader, no agreement on perhaps the twin overriding questions facing them: how to use their new position in the Washington power vortex; and how aggressively to confront, investigate and perhaps to prosecute the President by initiating impeachment proceedings.

Few newly empowered congressional parties have been so unprepared. The 1918 midterm elections occurred six days before the end of the First World War but it was clear that President Woodrow Wilson imagined a broad role of the United States in the postwar world. By picking up six seats in the Senate, which is responsible for ratifying treaties, and taking power with a two-seat majority, the Republicans girded for a fight that would end up denying American entrance into the League of Nations.

There is no such unified sentiment in the Democratic caucus on the House side of the Capitol.

There is, to be sure, opposition to the President’s desire to overturn Obamacare, but Mr. Trump twice was defeated in that drive when his party controlled both chambers on Capitol Hill so a repeat effort on that theme is unlikely. Democrats themselves are divided over trade – some, representing farm states, oppose Mr. Trump’s tariffs and his aggressive posture in world markets with great passion, while lawmakers from industrial states have mixed feelings – so a united front on that issue is also unlikely.

‘’The truth is that they can’t and won’t do much, at least when it comes to policy,’’ said Barbara Trish, a political scientist who heads the Rosenfeld Program in Public Affairs at Grinnell College in Iowa. ‘’They can speak out and even vote but they won’t be able to pass anything beyond their own house. The Senate won’t approve their legislation and the President would veto it.’’

They are not, however, completely without power. The House may not be the ‘’bully pulpit’’ – Theodore Roosevelt’s description – of the presidency but it has its own television studio and it is a forum for debate (and for excoriating Mr. Trump). Additionally, the new Speaker will have a daily morning press conference that will fill the early morning news vacuum.

As the reigning power in the House, they suddenly will take control of all the committees, their staff members will replace the Republicans’ as the dominant figures in the back rooms of those panels, they will control the flow of legislation onto the floor (and thus set the terms of debate in the chamber) and they will determine whether, or how many, amendments are permitted on legislation.

But their greatest power – and the party has not confronted how, or whether, to use this – would be to initiate investigations and prosecutions against Mr. Trump’s 2016 campaign and his White House administration. The possible targets include the influence of Russia in the campaign, Mr. Trump’s own finances, the emolument question regarding whether the President is profiting from his position, and his use of executive orders.

This investigatory power includes the power to issue subpoenas and to force administration officials to testify under oath. This – more than legislation, which in any case will swiftly take a secondary position in the President’s priorities as he prepares for his re-election campaign – is the principal fear of the Trump administration. Democratic legislation that will die in the Senate and non-binding resolutions criticizing presidential initiatives will not trouble the White House. A full-blown, aggressive set of investigations will discomfit them profoundly.

But the Democrats’ divisions remain. Many of the younger and newer lawmakers have vowed not to support the bid of former speaker Nancy Pelosi of California to regain her position; a bloody fight for the party’s House leadership is thus on offer. Many Democrats are determined to mount investigations of the President, but the topics have not been settled and much will depend on whatever report special counsel Robert Mueller produces.

And the desire of activists and left-leaning Democrats to initiate impeachment proceedings could be stymied by the cautions issued by veteran Democrats, who remember that the Republicans did not profit by their impeachment drive against then-president Bill Clinton in 1998 and who recognize that it is not House impeachment but Senate conviction that is required to remove a president from office. The likelihood of two-thirds of the Senate acceding to that is exceedingly small. 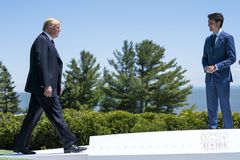 Opinion
As Trump and a Democratic House face off, the USMCA may be caught in the middle
November 7, 2018 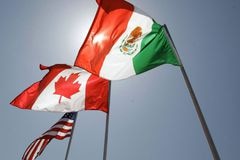