This week, as tributes poured in about the moral altitude of the late 41st president of the United States, more sleaze and corruption allegations hailed down on the 45th.

It never stops coming for Donald Trump – and Robert Mueller’s report on allegations of Russian 2016 presidential campaign collusion has not even been filed yet. It’s like a multi-car pile-up waiting to happen, with Mr. Trump at the wheel of every one.

But can’t everyone see it’s all part of a vast left-wing conspiracy? That’s a frequent claim by Mr. Trump’s defenders, including former campaign operatives like David Bossie and Corey Lewandowski in their new book The President’s Enemies: How The Deep State is Undermining The Presidency.

The authors blame the old ruling class, as does Mr. Trump who, rather than pick up on George H.W. Bush’s example, is back to his old seething self. He issued a series of angry tweets on Friday morning, saying he’s the victim of some kind of liberal plot, and asking why the perpetrators haven’t been investigated.

While Mr. Bush was being laid to rest, Mr. Trump faced new corruption allegations – that he was profiting from foreign and state governments' spending at the Trump International Hotel in Washington.

Newspaper reports said lobbyists representing the Saudi government paid for 500 nights at the posh hotel immediately after Mr. Trump’s 2016 election victory. The alleged plan was to put up U.S. military veterans at the hotel and send them to Capitol Hill to lobby against legislation the Saudis opposed.

Well, ah, at a rough guess, left-wing plotters and deep staters did not cook this up. As has been noticed with his soft treatment of the Saudi regime in connection with the murder of journalist Jamal Khashoggi, Mr. Trump appears to have a fondness for the Saudis and their limitless opulence.

Mr. Trump received yet more bad news this week when Mr. Mueller told a judge that Michael Flynn, the President’s former national security adviser, has been in tight co-operation with his investigators. So tight, in fact, that Mr. Mueller is recommending that Mr. Flynn, who had extensive contacts with Russia during the 2016 campaign (and is not much of a deep-state enthusiast), get no prison time.

As a big-time squealer on the President, he joins Michael Cohen, Mr. Trump’s former long-time personal attorney and fixer. Mr. Cohen, who could hardly be called a deep-state member, once said he would “take a bullet” for Mr. Trump. Now he is firing them at him.

He recently admitted lying to Congress in 2017 in testifying about an aborted Trump Tower project in Moscow. He initially said negotiations with the Russians did not go on during the 2016 election campaign. Now he says they did. It could well be true, as Cohen associates have suggested, that he has bombshell information about ties between Mr. Trump and Russia.

In a case unrelated to Russia, Mr. Cohen has also told prosecutors that during the campaign, he paid hush money at the behest of Mr. Trump to adult-film star Stormy Daniels, with whom Mr. Trump had a brief affair. Ms. Daniels was promoting her book Full Disclosure in Washington this week, where she did not come across as a raving left-wing conspiracist.

As for the repeated charge that the probe is a witch hunt, the accumulating counter-evidence is imposing. Mr. Mueller’s team has indicted or received guilty pleas from 33 people, including five former top advisers of Mr. Trump.

The President rails on – as he did again on Friday – about the work of “Lyin' James Comey," the former FBI director, in trying to bring him down. But Mr. Comey brought him up – to election victory, that is. Pollsters agree that the key shift in momentum in the election occurred when Mr. Comey announced late in the campaign that he was reopening the Hillary Clinton e-mail server investigation, even though there was no indication of anything incriminating in new documents the FBI had found.

Proponents of the vast left-wing conspiracy theory use the fact that the Democrats financed the Steele dossier – a file of research into Mr. Trump’s connections with the Kremlin – as a rallying point. But it’s hard to doubt the dossier’s central claim, that the Russian government directed a multifaceted influence campaign to help Mr. Trump win the election.

The question is: Did the Trump team co-operate with the Russians in that campaign? Conclusions will have to await the findings from Mr. Mueller’s final report. But anyone viewing the indictments and guilty pleas can see where the evidence points.

Rather than a vast left-wing conspiracy, the weight of the public evidence points to the subterfuge coming from the other side. 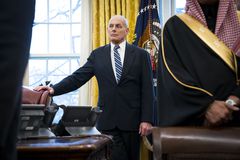 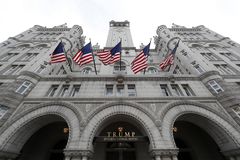