In all of American history – through a civil war, expansionist wars, even partisan domestic wars – Washington has seldom, if ever, experienced such a Janus moment.

Janus was the two-faced Roman god of transitions and duality, and even in mythology this moment would prompt astonishment and puzzlement: a Congress bitterly split over freshly drafted presidential impeachment articles embracing on the same day a once-divisive trade deal that is among that President’s landmark goals.

“It’s almost surreal,” said Daniel Shea, a political scientist at Colby College in Waterville, Me. “We are witnessing elected officials working with the President to enhance trade while many of the same officials are working to end his presidency.”

Put aside the notion that the two parties have swapped positions on trade in one generation. Ignore the warnings that impeachment and the onset of a presidential election campaign have rendered Congress unable to do the country’s business. Even dismiss the irony that the impeachment proceedings are held in Room 1100 of the Longworth House Office Building, the very chamber where the new trade pact emerged from the House Ways and Means Committee. And that the impeachment proceedings were conducted in a setting that for years held a portrait of Willis Chatman Hawley, the now-demonized architect of the 1930 Smoot-Hawley tariff often blamed for deepening the Great Depression.

All that is coincidence, although consequential coincidence. Future historians will seek to understand the most remarkable confluence of the age: that the most “progressive” trade deal of the time – the revised U.S.-Mexico-Canada Agreement, now possessing bipartisan support – is landing at a moment of extreme political division.

And, it must be added, these twin dramas are playing out when the very term “progressive" – once employed by three presidents of both parties within a dozen early 20th-century years, the Republicans Theodore Roosevelt and William Howard Taft and then by Democrat Woodrow Wilson – is a contentious word in Congress and on cable television.

Even so, led by the contemporary progressives House Speaker Nancy Pelosi and House intelligence committee chairman Adam Schiff, both of California, and House judiciary committee chairman Jerrold Nadler of New York – all Democrats from large states that supported Hillary Clinton in landslide margins – the House is moving inexorably toward impeachment.

Democratic leaders on Tuesday issued a spare nine-page writ saying the President “ignored and injured the interests of the nation.” Its two articles of impeachment accuse him of abusing power and defying Congress. They confine the issue to his dealings with Ukraine and actions that “betrayed the nation by abusing his office to enlist a foreign power in corrupting democratic elections.”

These are grave charges in a grave Constitutional provision regarded as a last resort, a process that never has resulted in the dismissal of a sitting president. Both Andrew Johnson and Bill Clinton were acquitted in Senate votes after having been impeached in the House. Richard Nixon was on the verge of being impeached, and almost certainly convicted, when he resigned.

The Nixon example has shaped contemporary views of presidential impeachment, even though the Clinton case is more recent and provides sobering political lessons for a party that proceeds with impeachment on a partisan basis – voter punishment at the polls. The two Trump impeachment articles echo the charges approved against Mr. Nixon.

In the Nixon case, six of the 17 Republicans on the House judiciary committee joined all 21 Democrats in approving the articles of impeachment. None is expected to vote with the Democrats in the Trump case.

“I have been fiercely partisan in politics and always militantly liberal,” Harry Truman wrote in a 1960 memoir. “Yet I think we would lose something important in our political life if the conservatives were all in one party and the liberals were all in the other. This would make us a nation divided either into two opposing and irreconcilable camps or even into even smaller and more contentious groups.” Six decades and a dozen presidencies later, Mr. Truman’s warnings seem all too prescient. 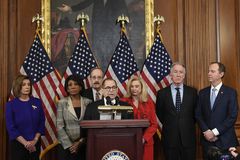 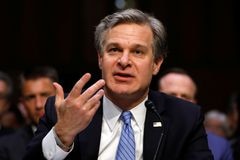 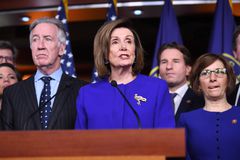