The Trump administration on Friday named a 27-year Border Patrol veteran who has forcefully advocated for the president’s agenda to lead the agency after a surge of asylum-seeking families led to increased scrutiny and unprecedented turmoil on the Mexican border.

Rodney Scott follows Carla Provost, who is retiring. She joined the agency three years after Scott and rose through the ranks on a similar career trajectory.

Mark Morgan, acting commissioner of parent agency Customs and Border Protection, said Scott “brings an exceptional depth and breadth of experience,” knowledge and the respect of agents. His appointment is not subject to Senate confirmation.

“I am confident that under his leadership, the men and women of the Border Patrol will be well served, the laws of this nation will be enforced, and our borders will be secured,” said Morgan, who spent much of his career in the FBI and was a himself a break from tradition when named the first outsider to lead the Border Patrol during a short spell in the Obama administration.

Scott, who was raised in Nogales, Arizona, where his father commuted to work at a Mexican factory, demonstrates ease before television cameras. He most recently led the agency’s San Diego sector, where he has spent much of his career.

Scott became an agent when San Diego was by far the busiest corridor for illegal crossings. Traffic plummeted after the Clinton administration dramatically increased enforcement in San Diego, but critics note the effort pushed people to remote parts of California and Arizona, where thousands have died in heat.

San Diego was also where wall construction began in the 1990s, which shaped Scott’s belief that barriers work.

“It wasn’t, `Do it in San Diego and stop,“’ he told The Associated Press in an interview last year. “It was, `Let’s prove what works and then let’s copy in on the southwest border so we can improve security for the whole United States.”

When Scott was named sector chief in 2017, he devoted much of his remarks at a change-of-command ceremony to how San Diego evolved from the early 1990s. He shared the same story, in abbreviated form, with Trump on live television when the president toured border wall prototypes four months later. Trump often cites San Diego as a model of what he hopes to achieve along the border.

Arrests on the southern border sank to a 45-year low during Trump’s first year in office but then rose sharply, more than doubling in the 2019 fiscal year from the previous 12-month period to 851,508, the highest level since 2007.

The U.S. became the world’s top destination for asylum-seekers in 2017, posing new challenges for the Border Patrol. Asylum-seekers, many from Guatemala, El Salvador and Honduras, often turn themselves in to agents instead of trying to elude capture.

Nearly two of every three arrests last year were people who came in families or children travelling alone, a major change from previous years when almost all came as single adults. The Border Patrol was unprepared to house people for long periods of time, as shown in reports of squalid conditions by the Homeland Security Department’s internal watchdog.

Agents pleaded for help as conditions worsened but it wasn’t until last summer, when reports of horrid conditions and detainees and children dying were published, that Congress authorized additional funding to increase capacity.

The Border Patrol was also on the front lines of enforcing a “zero tolerance” policy that led to widespread family separations in 2017 and 2018.

While a judge stopped the general practice of separating families and arrests have plunged since hitting a 13-year high in May, Scott faces many of the same challenges as his predecessor. The Border Patrol and its 19,000-plus agents are constantly in the spotlight with immigration being one of Trump’s top priorities.

Provost was the first female leader of the male-dominated agency. She helped modernize the agency’s use of force manual, vastly changing how agents used force and were held accountable for it.

She slammed as “completely inappropriate” a closed Facebook group with thousands of members that mocked migrants and lawmakers. Dozens of agents were investigated, and some were disciplined. Some lawmakers called for her to resign after news reports surfaced that she had briefly been a member years earlier, though there was no indication she knew about the inflammatory posts.

Provost wrote to agents in a farewell note on Thursday that she initially thought the Border Patrol would be a stepping-stone to other jobs in federal law enforcement.

“I entered on duty in Douglas, Arizona, having only seen it as a dot on a map that looked much closer to Tucson than it actually was,” she wrote. “After one year, I knew this was where I was meant to be.” 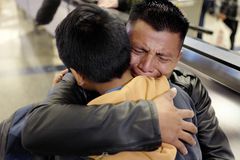 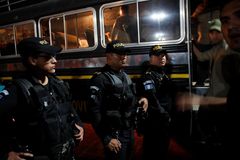