U.S. President Donald Trump’s kept up his feud with the Philadelphia Eagles on Tuesday after most team members refused to attend an event honouring their Super Bowl victory in the fallout over Trump’s demand that players stand for the national anthem.

Trump staged a political event on the White House South Lawn in place of a Super Bowl party for the Eagles, insisting on the need for Americans to stand up for the anthem to honour those who have sacrificed their lives for the nation.

“We stand to show our love for our fellow citizens and our magnificent Constitution,” Trump said as many attendees waved small American flags.

Trump has feuded with National Football League players over the past year, blasting on-field protests in which players sat or kneeled during the national anthem to protest racial bias in the U.S. criminal justice system amid accusations of excessive use of force against black people by police.

None of the Eagles players knelt during the playing of the anthem during the football season, but Trump brought up the anthem protests when he cancelled the team’s invitation on Monday after many players said they would not attend the celebration.

There was more fallout from the feud on Tuesday. Star basketball players LeBron James, of the Cleveland Cavaliers, and Stephen Curry, of the Golden State Warriors, said they agreed that whichever team wins the NBA championship would skip the traditional visit to the White House.

Last September, Trump revoked an invitation to the Warriors, which had beaten the Cavaliers for the title, after Curry said he would vote against a planned visit.

The White House on Tuesday said it had cancelled the long-established capital tradition for the Super Bowl winning team after the Eagles said that just a handful of people would attend the event, fewer than the 81 initially proposed.

At least two members of the champion team and the NFL players’ union pushed back, saying that the event should have gone forward if any Eagles planned to attend.

“Our union is disappointed in the decision by the White House to disinvite players from the Philadelphia Eagles from being recognized and celebrated by all Americans,” the NFL Players Association said in a statement. “NFL players love their country.”

“If this wasn’t a political stunt by the Eagles franchise, then they wouldn’t have planned to attend the event and then backed out at the last minute,” she told reporters.

Some Eagles players took to Twitter to criticize Trump’s decision.

“It’s a cowardly act to cancel the celebration because the majority of the people don’t want to see you,” Torrey Smith, a member of the Super Bowl-winning Eagles team who has since been traded to the Carolina Panthers, said on Twitter on Monday.

“No one refused to go simply because Trump ‘insists’ folks stand for the anthem,” Smith, a wide receiver, said.

“There are a lot of people on the team that have plenty of different views. The men and women that wanted to go should’ve been able to go,” he said.

Tight end Zach Ertz on Tuesday criticized Fox News after the network illustrated a news segment about Trump’s decision with footage of Philadelphia Eagles players kneeling in prayer during a news segment, creating the misleading impression that they were protesting.

“This can’t be serious … Praying before games with my teammates, well before the anthem, is being used for your propaganda?” Ertz wrote on Twitter. “Just sad, I feel like you guys should have to be better than this.”

The network removed the segment online and officials apologized for using the footage, Christopher Wallace, executive producer of “Fox News @ Night,” said in a statement.

No Eagles player knelt or sat during the national anthem during the 2017 regular season, according to a report by Sports Pundit, which tracked protests among the 32 NFL teams.

Sanders said the White House had tried to avoid cancelling the event, which the Secret Service had cleared hundreds of Eagles fans to attend.

“The White House, despite sensing a lack of good faith, nonetheless attempted to work with the Eagles over the weekend to change the event format that could accommodate a smaller group of players,” she said.

But the Eagles said only a “tiny handful” of representatives would show up and that the great majority of players would not attend, Sanders said.

“The vast majority of the Eagles team decided to abandon their fans,” she added.

Eagles representatives could not be reached for immediate comment. Pennsylvania officials including Philadelphia’s Democratic mayor and members of the state’s congressional delegation invited the team to alternative events. 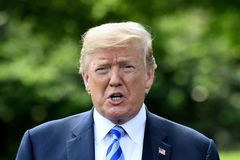 Trump questions if NFL players who protest during anthem should ‘be in the country’
May 24, 2018 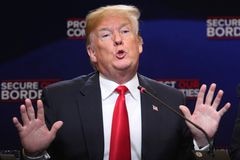