A career diplomat who served as ambassador to Ukraine under former president George W. Bush, Bill Taylor was rushed back to Kyiv this spring to take over the embassy after U.S. President Donald Trump had Marie Yovanovitch recalled.

Even before he went, Mr. Taylor was apparently aware that Rudy Giuliani, the President’s personal lawyer, was on a mission in the country to dig up dirt on former vice-president Joe Biden, one of Mr. Trump’s potential opponents in the 2020 election.

“Can anyone hope to succeed with the Giuliani-Biden issue swirling for the next 18 months?” Mr. Taylor asked Kurt Volker, the U.S. point man on Ukraine’s fight against Russian-backed insurgents, in a text message in May.

Over the summer, Mr. Taylor repeatedly expressed alarm that Mr. Trump was trying to ransom nearly US$400-million in military aid to pressure Kyiv into investigating Mr. Biden and his family.

Mr. Taylor may turn out to be one of the inquiry’s star witnesses.

In a closed-door deposition last month, he walked the committee step-by-step through Mr. Trump’s attempts to pressure Ukraine into interfering in next year’s election.

The plan, he said, was to have Ukrainian President Volodymyr Zelensky announce investigations into both Mr. Biden and a conspiracy theory that Ukraine (and not Russia) meddled in the 2016 presidential election. Mr. Zelensky was to make these announcements during a CNN interview with Fareed Zakaria.

“That was my clear understanding; security assistance money would not come until [Mr. Zelensky] committed to pursue the investigation,” Mr. Taylor told the inquiry.

Verbatim: Read the transcript of the House's Oct. 22 interview with William Taylor

George Kent is a high-ranking civil servant at the State Department, and his portfolio includes Ukraine. In his deposition, Mr. Kent told the impeachment inquiry that he was concerned by a back-channel Mr. Giuliani had opened in Ukraine, which circumvented official diplomacy through State.

Mr. Giuliani, he said, took part in a campaign by Ukraine’s then-prosecutor, Yuri Lutsenko, to smear both Ms. Yovanovitch and Mr. Kent. Mr. Lutsenko was upset because Ms. Yovanovitch had pressured him to do more to fight corruption. In the end, Mr. Giuliani’s campaign led Mr. Trump to recall Ms. Yovanovitch from Kyiv. “Mr. Giuliani, at that point, had been carrying on a campaign for several months full of lies and incorrect information about ambassador Yovanovitch, so this was a continuation of his campaign of lies,” he said.

Mr. Kent also confirmed that Mr. Trump had ordered U.S. officials in Ukraine to get Mr. Zelensky to pursue both Mr. Biden and the 2016 conspiracy theory. “POTUS wanted nothing less than President Zelensky to go to the microphone and say investigations, Biden, and Clinton,” Mr. Kent said.

Mr. Kent could also be valuable to the impeachment inquiry in describing how the Trump administration responded internally to the inquiry itself. The State Department, for instance, waited more than three weeks to start gathering documents demanded by Congress, he said. And he clashed with his superiors over how extensively to co-operate with the inquiry.

Congressional Democrats are considering drafting articles of impeachment dealing with obstruction of justice, in addition to abuse of power, and Trump administration efforts to thwart the inquiry could factor into that.

Mr. Taylor also directly clapped back at a letter by Secretary of State Mike Pompeo which had accused Congress of trying to “bully” State officials. “I had not felt bullied, threatened and intimidated,” Mr. Taylor said.

Verbatim: Read the transcript of the House's Oct. 15 interview with George Kent

Born in Montreal to Soviet émigrés and raised in the United States from the age of three, long-time diplomat Marie Yovanovitch was abruptly fired as ambassador to Ukraine in May. Whether Mr. Trump’s decision to remove her was politically motivated – because the President believed she was blocking an investigation into Mr. Biden and his son’s dealings in Ukraine – is central to the impeachment inquiry.

Ms. Yovanovitch faced mounting criticism during her three-year tenure as Ukrainian ambassador. Several Republican politicians complained that the Obama administration appointee was disloyal to Mr. Trump. Officials in the previous Ukrainian government appeared angry that Ms. Yovanovitch continued to press for greater anti-corruption reforms. And two associates of Mr. Giuliani felt the ambassador was blocking their efforts to secure a deal with a Ukrainian state-run natural gas company.

In March, Mr. Lutsenko told The Hill that Ms. Yovanovitch had given him a list of people not to prosecute, though he later recanted the claim. The story led to calls for Ms. Yovanovitch to be fired, including from Donald Trump Jr.

Ms. Yovanovitch also featured prominently in the July phone call between Mr. Trump and Mr. Zelensky, who both agreed was a “bad ambassador.” Mr. Trump added: “She’s going to go through some things."

Ms. Yovanovitch’s testimony may prove critical for Democratic investigators looking to establish that Mr. Giuliani was carrying out a shadow diplomatic process in Ukraine to press officials to dig up dirt on the President’s political rivals. Federal prosecutors are also investigating whether Mr. Giuliani broke U.S. lobbying laws by acting as a foreign agent when he encouraged Mr. Trump to fire the ambassador.

Verbatim: Read the transcript of the House's Oct. 11 interview with Marie Yovanovitch 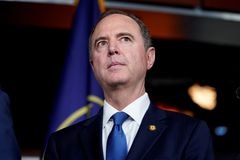 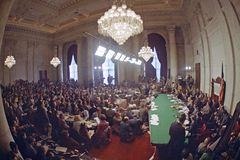 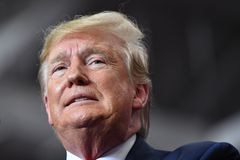