The disclosure underscored the inconsistency of explanations by Mr. Trump and aides about a US$130,000 payment made by Mr. Cohen to Ms. Clifford before the 2016 presidential election to buy her silence over an alleged sexual encounter with Mr. Trump in 2006.

Signed by Mr. Trump and released by the U.S. Office of Government Ethics, the disclosure also drew comment from watchdog groups and a senior Democratic lawmaker about possible violations of campaign finance law, which requires public disclosure of expenses meant to influence the election.

Common Cause, a non-partisan watchdog group in Washington, has filed a complaint with the U.S. Federal Election Commission, claiming Mr. Trump broke the law when his campaign excluded details about the US$130,000 payment in legally mandated filings.

Mr. Trump’s acknowledgment that he reimbursed Mr. Cohen puts the President “at the middle of all of the campaign finance violations,” said Paul Ryan, head of litigation at Common Cause. “He knowingly and wilfully caused his campaign to not disclose this expenditure and that’s a criminal violation.”

The latest ethics disclosure did not describe the purpose or the recipient of the original 2016 payment to a “third party” made by Mr. Cohen, for which he was reimbursed by Mr.Trump.

Mr. Trump had previously disputed whether he was aware of the payment by Mr. Cohen and whether he reimbursed him. In April, Mr. Trump told reporters he did not know anything about the payment. His disclosure now suggests Mr. Trump repaid Mr. Cohen last year.

Mr. Trump, his campaign and Mr. Cohen have all denied any wrongdoing. The White House did not respond to requests for comment to clarify the reason for Mr. Trump’s payment to Mr. Cohen.

Ethics disclosures are an annual requirement for senior federal officials and are overseen by the ethics office, a government office that provides oversight of an executive branch program to prevent and resolve conflicts of interest.

David Apol, the acting director of the ethics office, said in a letter to Deputy Attorney-General Rod Rosenstein that the original payment made by Mr. Cohen should have been disclosed in ethics documents that Mr. Trump filed in June, 2017. Mr. Apol’s letter was released with the Trump disclosures.

Representative Elijah Cummings, top Democrat on the House of Representatives Oversight Committee, said in a statement he is pushing for the panel to investigate the payments.

“President Trump was required by law to report that he ‘funnelled’ money through Michael Cohen to reimburse a secret payment to adult film star Stormy Daniels, but he concealed these payments, and we still do not know why,” Mr. Cummings said.

CREW, a liberal-leaning watchdog group, filed a complaint with the ethics office that was referenced in Mr. Apol’s letter.

“The disclosure substantiates our CREW complaint that the failure to do so previously was a violation of law,” CREW’s board Chairman Norman Eisen said. “That prior failure should be reviewed by the appropriate authorities.”

The payment made by Mr. Cohen was between US$100,001 and US$250,000 and there was no interest incurred, the report said, following the ethics office practice of reporting dollar amounts of payments and holdings in broad ranges.

Mr. Cohen has publicly acknowledged paying Ms. Clifford, saying he obtained the cash through a line of credit on his home. Ms. Clifford has sued to be released from her non-disclosure agreement.

In April, the Federal Bureau of Investigation raided Mr. Cohen’s offices and home as part of a criminal investigation.

His continued ownership of the golf venues has been criticized by opponents who say it blends personal and public business, allowing him to profit from the presidency.

While Mr. Trump’s annual ethics disclosure reveals information about his personal finances, it lacks details of the sort found in an income tax return. Unlike past presidents of both parties in recent decades, Mr. Trump has refused to release his tax returns.

Firm tied to Russian oligarch made payments to Trump’s lawyer Michael Cohen
May 8, 2018 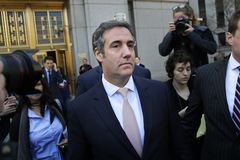 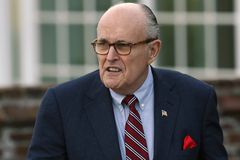 Trump says reimbursement of payment to Stormy Daniels had nothing to do with campaign
May 3, 2018 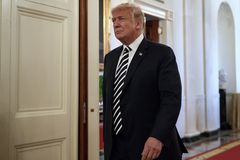