The attempts to throttle the country’s economy are retribution for Iran’s bombing of American military bases in Iraq earlier this week.

"Today's sanctions are part of our commitment to stop the Iranian regime's global terrorist activities," Treasury Secretary Steve Mnuchin said at the White House Friday. "We will continue to apply economic sanctions until Iran stops its terrorist activities, and commits that it will never have nuclear weapons."

The sanctions will hit a group of Iranian steel, aluminum, copper, and iron manufacturers and miners, as well as companies in China and the Seychelles that do business with them, plus a ship that is involved in hauling Iranian metals.

And it personally sanctions several Iranian officials, including Ali Shamkhani, the head of Iran's security council; Mohammad Reza Ashtiani, deputy chief of staff of the country's military; and Gholamreza Soleimani, who heads the Basij, a paramilitary volunteer force.

The U.S. has already imposed a wide range of sanctions on Iran, which have driven down its oil exports and damaged its economy. Last year, Mr. Trump pulled out of a deal that had granted Iran sanctions relief in exchange for restrictions on its efforts to build nuclear weapons.

Asked whether sanctions were actually working – given that Iran had continued to carry out attacks in neighbouring countries despite the economic penalties already in place – Mr. Mnuchin insisted that Iran’s behaviour would be even worse if it had not previously been sanctioned.

"If we didn't have these sanctions in place, literally Iran would have tens of billions of dollars. They would be using that for terrorist activities throughout the region," he said.

Secretary of State Mike Pompeo argued that the sanctions were an alternative to a violent confrontation with Iran.

"We don't want war. We want Iran to behave like a normal nation," he said.

The current crisis began last week when Mr. Trump ordered the killing of Qassem Soleimani, a top Iranian general, in an air strike at the Baghdad airport. That prompted the missile firings by Iran.

Mr. Pompeo also said he believed that Iran had not intentionally missed in its attacks on U.S. bases that night. “There is no doubt in my judgment, as I observed the Iranian activity in the region that night, they had the full intention of killing U.S. forces,” he said.

But Mr. Pompeo earlier this week said that Gen. Soleimani was actually killed as retribution for previous attacks and because he might “potentially” plot more. In a Thursday night interview on Fox News, Mr. Pompeo said he did not know when or where any of Gen. Soleimani’s potential future attacks might have taken place.

On Friday morning, Mr. Pompeo appeared to reverse himself, and said Gen. Soleimani was in fact planning “imminent” attacks against U.S. embassies, military bases and other unspecified American facilities in the Middle East. He did not, however, provide any specific details or evidence.

“This was gonna happen, and American lives were at risk, and we would have been culpably negligent ... had we not recommended to the President that he take this action on Qassem Soleimani,” Mr. Pompeo said.

But killing Gen. Soleimani had not stopped the threat of attacks, Mr. Pompeo said.

"Threats are never gone, right? It's always a lot of danger in the world ... nobody believed that a single mission in any respect took down the risk of terror," he said.

The question of why the U.S. killed Gen. Soleimani – and whether it was worth provoking Iran – has loomed over Mr. Trump’s decision in Washington, where the Democratic-controlled House of Representatives rebuked him with a resolution demanding he take no more military action against Iran.

Opinion
Our community is Canada: Why Flight 752 is a national tragedy
January 11, 2020 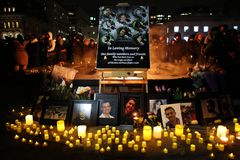 Opinion
Authoritarianism wins again in the Middle East, thanks to Donald Trump
January 10, 2020 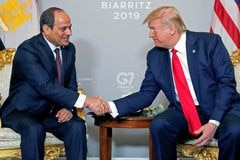 Opinion
The Iran-Iraq war is not really over, as Mr. Trump discovered too late
Subscriber content
January 10, 2020 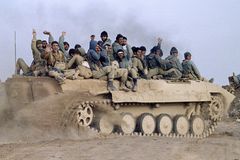