The United States will respond strongly if it is confirmed that Russia paid Taliban-affiliated militants to kill U.S. and allied soldiers in Afghanistan, White House national security adviser Robert O’Brien said on Wednesday, without providing details.

President Donald Trump has been under pressure since a New York Times report on Friday said that a Russian military intelligence unit offered such bounties and a later report that he received a written briefing on the matter in February.

Mr. O’Brien and other aides tried to quell controversy over what Mr. Trump knew and when he knew it, saying that a senior CIA civil servant decided not to brief Mr. Trump verbally “because she didn’t have confidence in the intelligence.”

He declined to say whether Mr. Trump got anything in writing.

“These are important allegations that, if they’re verified, I can guarantee you the President will take strong action. We’ve been working for several months on options,” Mr. O’Brien told reporters outside the White House, though he added Washington may never know the truth of the matter because of media leaks.

After Mr. Trump over the weekend said he was not briefed on the matter, the White House said Mr. Trump was not “personally” briefed but did not address whether he had received a written report, read it, and why he had not responded more aggressively if so.

The shifting statements have generated controversy among his fellow Republicans as well as Democrats, and the suggestion that Mr. Trump may have ignored or not known about a threat to U.S. troops could damage him as he seeks re-election on Nov. 3.

Senator Joe Manchin, a moderate Democrat from West Virginia who received a classified briefing on the matter on Tuesday evening, said in a statement that if Mr. Trump “was briefed on this and did nothing, not only did he fail our service members but he broke his oath to protect and defend the constitution.”

Four U.S. government sources have confirmed to Reuters that credible intelligence suggested Russia offered such bounties. A fifth person familiar with the matter said such intelligence was first brought to the White House’s attention around March, 2019, but was then uncorroborated and may have been “disinformation.”

U.S. and European investigators strongly suspect the unit of the GRU Russian military intelligence agency, accused of targeting U.S. soldiers in Afghanistan using Taliban-linked militants, is the same unit that was implicated in the poisoning of Russian intelligence defector Sergei Skripal in Britain, according to four sources familiar with intelligence reporting.

One of the four said other U.S. agencies had largely discredited reporting by the National Security Agency, which had challenged the intelligence accusing Russia of targeting U.S. troops in Afghanistan.

Mr. O’Brien on Wednesday said Mr. Trump has now been briefed on the Russian bounty reports, but declined to provide details.

Democrats and a leading Republican hawk, Mr. Trump’s former national security adviser John Bolton, on Tuesday called on the President to consider imposing new economic sanctions on Russia if the information was confirmed.

Mr. Trump has tried to deflect criticism by saying the intelligence was not conclusive enough to be brought to his attention, and by calling news reports “fake news.”

“I was never briefed because any information that they may have had did not rise to that level,” he wrote on Twitter on Wednesday.

Democratic lawmakers have asked for more in-depth briefings on the issue. Mr. O’Brien said the Gang of Eight – congressional leaders and intelligence committee lawmakers – would be briefed by intelligence officials. A congressional source said this was expected on Thursday.

“To have Russia or any other nation try to pay people to kill Americans is an extraordinarily serious matter. Unfortunately, it was not treated as such,” Mr. Hoyer told reporters. “I am calling on the President to direct [the leaders of top U.S. intelligence agencies] to make themselves available for a full briefing on this.”

He said a briefing for lawmakers on Tuesday was inadequate because it was given by White House staff, not intelligence experts. 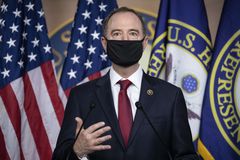 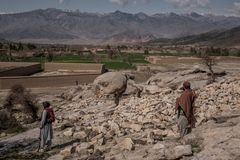 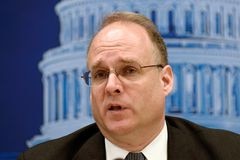