In the 19th century, weeks went by after an election before Americans knew the identity of their next president. Last week, the television networks and the Associated Press started describing Joe Biden as the 46th president at 11:25 a.m. Saturday.

That settled it – in the minds of most journalists, the Biden campaign and the former vice-president’s supporters. But the 2020 election is not settled – at least in the view of President Donald Trump, his backers, Republican campaign lawyers, and the respected RealClearPolitics website, which continues to shade Pennsylvania in ominous, unresolved grey.

Several times in American political history, presidential projections have been at the centre of controversy, raising the hopes of some partisans, scuttling the dreams of others, at times sending messages that were not only wobbly but just plain wrong.

To this day, the Chicago Tribune newspaper has not lived down its “Dewey defeats Truman” headline that president Harry Truman held aloft the day after he defeated governor Thomas Dewey in the 1948 election. To this day, network anchors regret their decision to put Florida in the Al Gore column 50 minutes after the polls closed in the 2000 election, only to have the state deliver its 25 electoral votes, and the presidency, to governor George Bush 36 days later.

“Florida was a 12-car pile up,” former NBC anchor Tom Brokaw told The Globe and Mail this week. “Very early in the a.m., I said, ‘I not only have egg on my face. I’ve got an entire omelette on my suit.’"

But the decision to call Florida for Mr. Gore, like the decision to call Pennsylvania for Mr. Biden, was not made by Mr. Brokaw or any of the other television anchors. It was made by the networks' decision desks – batteries of experts and statisticians, many with PhD degrees – the same type of professionals who for the CBC correctly projected an NDP majority in British Columbia an hour after the polls closed last month.

“A lot of people think individual journalists are making these projections,” said Megan Duncan, a Virginia Tech University expert on news credibility and digital journalism. “The anchors are good at talking, but they don’t do projections. The viewers don’t see what is happening in the back rooms. It’s a complicated decision to make, and so the networks hire the best professionals and statisticians they can.”

Those professionals led the Associated Press and others to call Pennsylvania for Mr. Biden when it was clear that his margin was too big, and the outstanding ballots too few, to allow Mr. Trump to close the gap.

It wasn’t always done that way.

Nearly 200 years ago, in the first American campaign in which a candidate claimed his rival won the presidency under “corrupt” circumstances, newspapers offered projections on the election of 1824 based on the number of alcoholic toasts each contender drew at musters of local militia. Andrew Jackson captured 82 per cent of those toasts in Pennsylvania, then as now a key state. When all the votes were tabulated, Jackson won 76 per cent of the state’s vote. He lost the election, however, charging that a “corrupt bargain” delivered the White House to John Quincy Adams.

Projections have come a long way since then – but although they are indispensable, they are not infallible. That is what the Trump legal team is arguing as it presses its case in several states where it believes voting irregularities occurred.

The modern system actually has its roots in the administration of Chester A. Arthur (president, 1881-1885), when Charles Taylor, the owner of The Boston Globe, developed a system of election projections that has an eerie resemblance to 21st-century calculations. By assembling massive amounts of electoral statistics and comparing incoming election returns with precinct precedents – and then by distributing white, green, blue and yellow strips delineating vote returns to a central desk – he was able to calculate the likely result.

The next big advance came in 1952, when CBS used a UNIVAC computer to complement its team of political journalists. The “giant electronic brain,” as it was called, predicted that general Dwight Eisenhower would defeat governor Adlai Stevenson by a landslide – a verdict that the network’s political veterans did not believe, according to a PhD thesis by Ira Chinoy. The computer’s predictions were accurate, and a new era in political predictions opened.

“As more votes came in ... it was obviously evident that we should have had nerve enough to believe the machine in the first place,” Arthur Draper, Remington Rand’s director of advanced research, said on the air. “It was right, we were wrong.”

But sometimes the journalists are right and the computer findings are wrong.

Early on election day 2004, preliminary soundings showed senator John Kerry leading incumbent president Bush by a large margin in North Carolina. “A bunch of reporters always lunched at a New York steak house on election day,” said Mr. Brokaw of NBC, “and when I got those numbers I knew the system had gone off the rails.” Mr. Bush carried North Carolina by 435,317 votes.

Dr. Chinoy, perhaps the leading authority on election projections, believes the predictions are an important symbol of participatory democracy, even when they are wrong.

“These are not driven by journalists,” he said in an interview on Tuesday. “They are driven by public interest. We had millions of people voting, and people all around the planet were looking every few minutes to see who won. It’s a kind of social inversion: Election day is the one day when ordinary people have a say, and they want to know what the outcome was.” 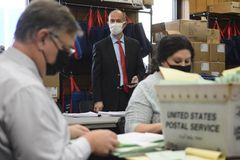 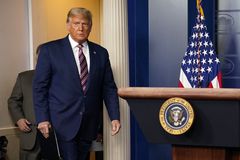 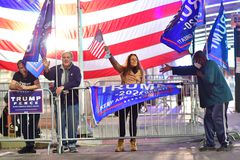