When a small Michigan town decided to upgrade its drinking water system, the interconnected North American economy sprang into action.

Plants in Texas and Louisiana, using natural gas from the Canadian Prairies, produced industrial-grade plastic. This was shipped to a factory in the Montreal suburb of St. Laurent, where a company named Ipex built it into Bionax PVCO, a proprietary type of piping. These water lines were then sent to Burton, a town of about 29,000 people, for installation.

The project, which lasted from 2014 to 2019, was just one example of how government contracting can work in the era of free trade. It is also the sort of thing that may become more difficult if President Joe Biden’s planned tightening of “Buy American” rules further squeezes Canadian companies out of the U.S. procurement market.

“Canada and the U.S. are absolutely joined at the hip. We have integrated supply chains in the public works sector,” Veso Sobot, Ipex’s director of corporate affairs, said in an interview. “If they were to be broken, that would hurt both countries.”

A report by the U.S. Government Accountability Office, one of the few sources of data on foreign procurement, says Canadian companies received US$674-million of federal government funds in 2015. When accounting for U.S. state and local government contracts – which can also be subject to federal Buy American regulations if they receive funding from Washington – this total rose to US$15-billion.

This spending could jump if Mr. Biden persuades Congress to authorize his promised US$2-trillion infrastructure package. The building program would be geared toward climate-friendly projects, including new light rail lines, energy-efficient buildings and wind or solar farms to produce electricity.

The chance for Canadian companies to bid on such a windfall heightens the urgency for Ottawa to negotiate an exemption from the White House’s procurement protectionism.

“In infrastructure, there’s a lot of money at play – everything from the engineering and design right through to the construction materials,” said Mark Agnew, vice-president, policy and international, at the Canadian Chamber of Commerce.

Buy American rules are already strident. The policy, which has existed since 1933, was toughened by former president Donald Trump. He raised U.S. content requirements from 50 per cent to 55 per cent on most products supplied under federal procurement contracts, and imposed a 95-per-cent U.S. content mandate for iron and steel products.

Mr. Biden is aiming to increase content requirements even further. He is also planning to make it harder for foreign companies to receive waivers to the rules by creating a Made-in-America director position in the White House to centralize control.

“There are a variety of bricks being added onto this Berlin Wall that are making it higher to jump over,” said Clifford Sosnow, an Ottawa-based trade and investment lawyer with the firm Fasken.

Such previous rounds of protectionism have already pushed most foreign business out of U.S. contracts. According to the U.S. Chamber of Commerce, 97 per cent of federal government procurement spending goes to American companies. Even with state and local contracts factored in, the Government Accountability Office calculates, just 1.3 per cent of the total funds go to Canadian companies.

This reality, combined with market forces, may mean that Mr. Biden’s increased restrictions have little effect.

Jean Simard, president of the Aluminium Association of Canada, pointed out that the U.S. consumes five millions tonnes of the metal annually but produces only one million, so has no choice but to import the rest, regardless of domestic-content requirements. And major Canadian manufacturers that do business with government, such as Bombardier, already have U.S. operations.

Mr. Biden’s infrastructure plan could help Mr. Simard’s industry, he said, by pushing up the price of aluminum.

“It’s good news because, at the end of the day, our economy and our production is driven by the health of the U.S. economy,” he said.

Those involved in trade on both sides of the border contend co-operating with Canada, rather than shutting it out, could pay dividends to the U.S.

Kellie Meiman Hock, a trade consultant with McLarty Associates in Washington, said one imperative for Mr. Biden’s procurement policy is to find a more reliable supply of medical products after shortages hampered the country’s ability to fight the pandemic.

“I would argue that USMCA can provide a valuable platform for the manufacture of reliable, quality goods to help us to combat COVID-19 and other health challenges,” she said.

Ipex, meanwhile, has seen how procurement protectionism can hurt the U.S. as much as it does Canada.

In 2009, the company supplied fittings to Camp Pendleton, a Marine base in California. But a contractor tore it up, complaining that it didn’t meet “Buy American” rules. The project was delayed for a month, Mr. Sobot recalled, while the government sourced a replacement product from a U.S. company.

“They lost tens of thousands of dollars waiting,” he said. “In the end, nobody won.” 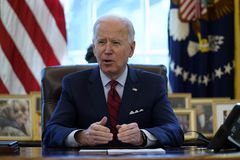 Opinion
The riot at the U.S. Capitol is likely to reveal the ugly truth about American justice
Subscriber content
January 28, 2021 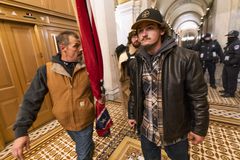 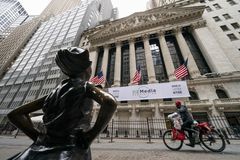